I'm seeing the Common Crossbills every day at the moment but they usually disappear before anyone turns up for the tours. We get them on the tours fairly regularly but most of them are just flying over. 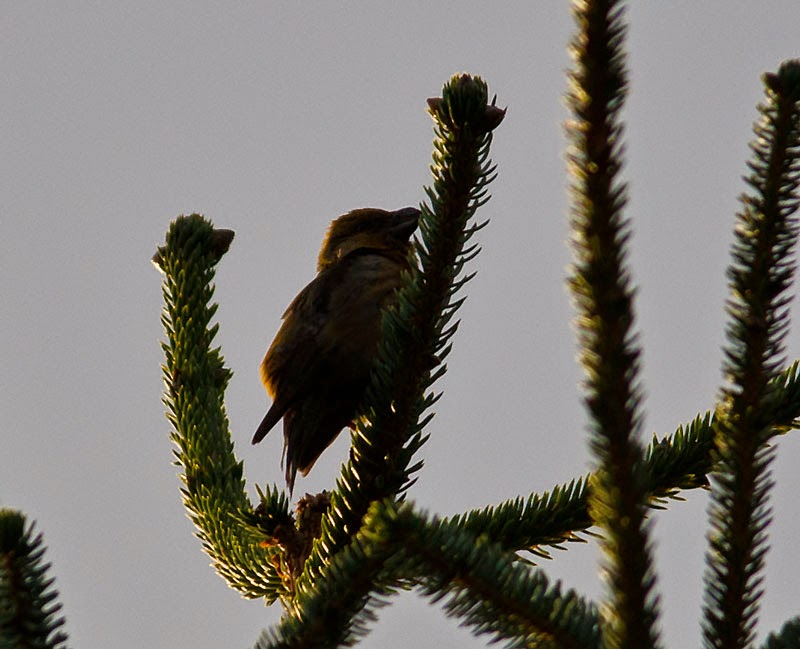 Golden Plover, Lapwing, Dunlin and single Knot gave us a good start to the day. Cracking views of a Common Buzzard perched up at the side of the loch. 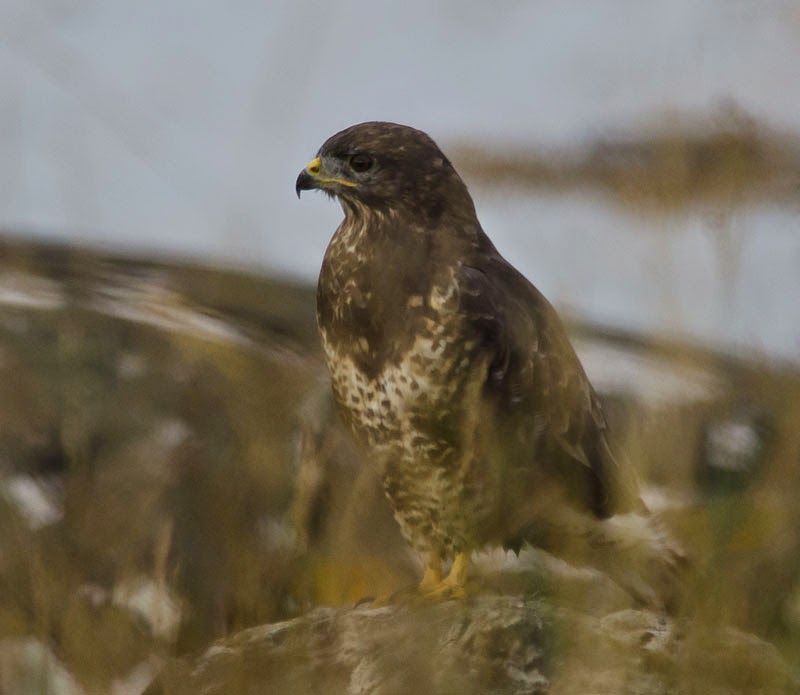 A few Greenshank were sleeping on the shore at high tide. 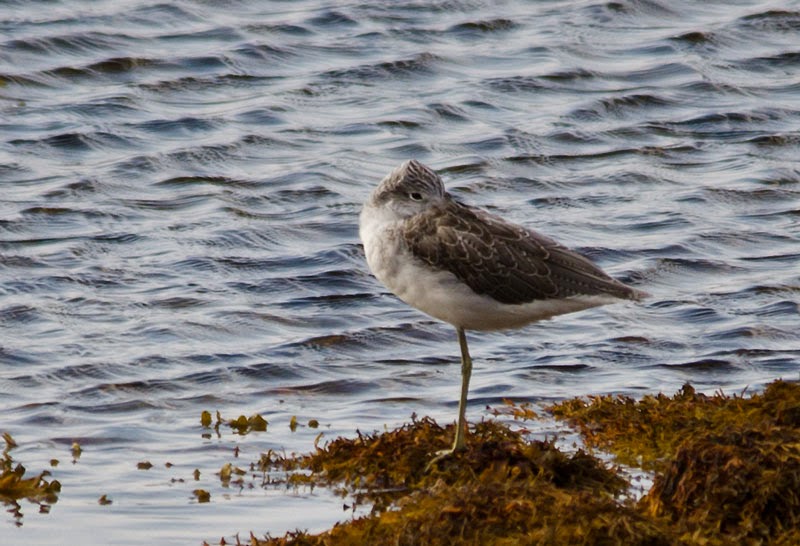 A Yellowhammer performed well as we stopped to look at a couple of Meadow Pipit. A Kestrel and a Sparrowhawk were having a bit of a tussle over the forestry and a Northern Wheatear was seen bounding down the road before perching up on an overhead wire. A Golden Eagle put on a superb display before drifting off. 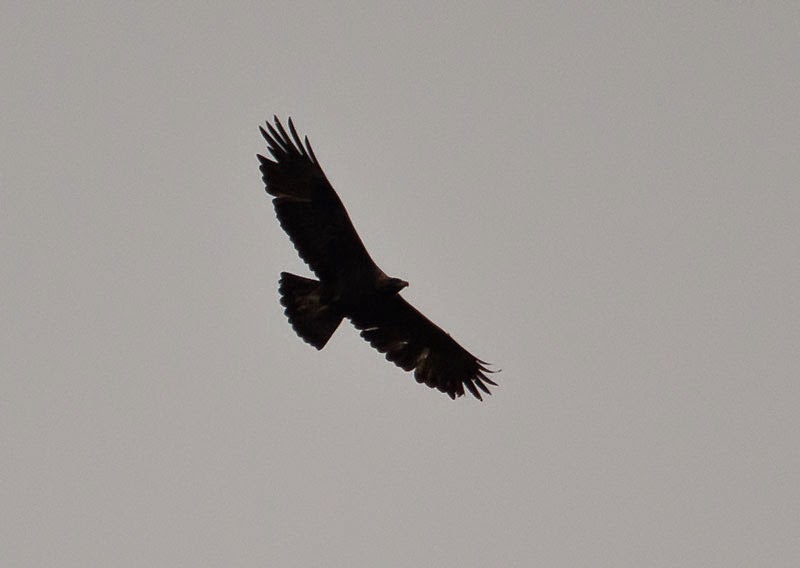 An adult WT Eagle was seen heading out to a skerry where it perched up while a pod of about 8 Porpoise were feeding offshore. A juvenile WT Eagle gave us some closer views as it circled overhead. 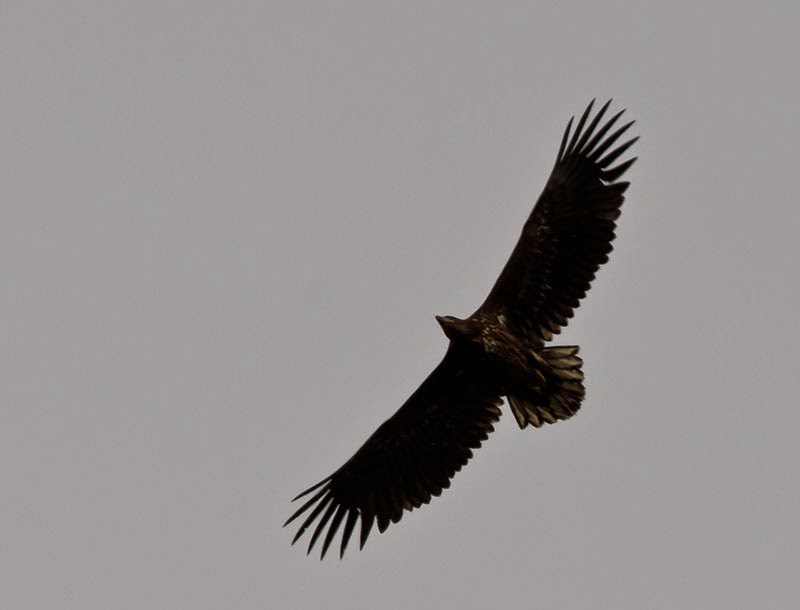 Another couple of Wheatear were seen... 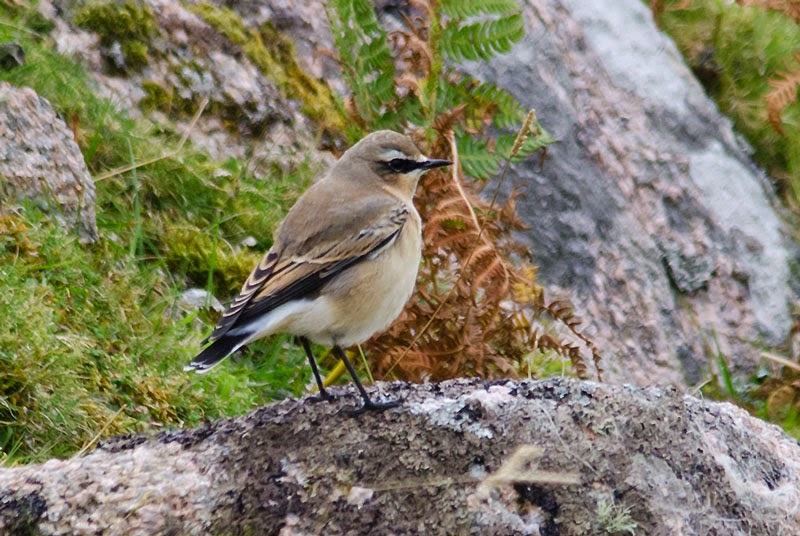 ...while a few Mountain Hare were seen keeping an eye on Buzzard that appeared to be feeding on beetles. 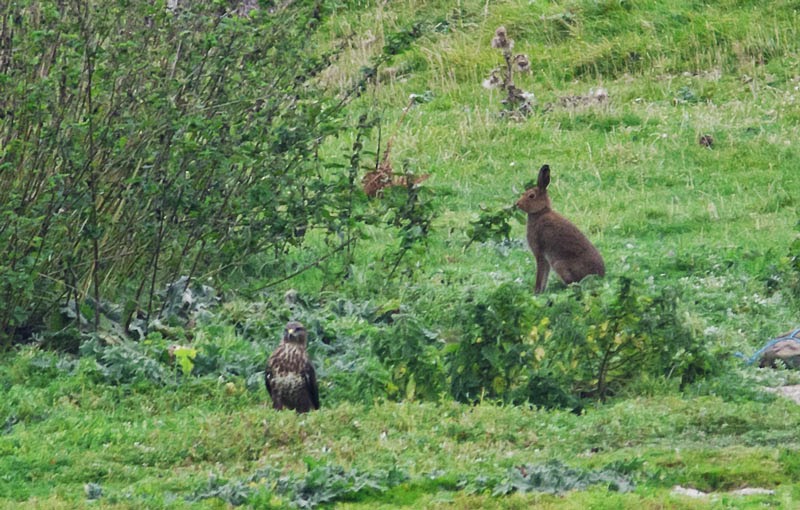 There were plenty of Skylark giving superb views as they ran around close by. 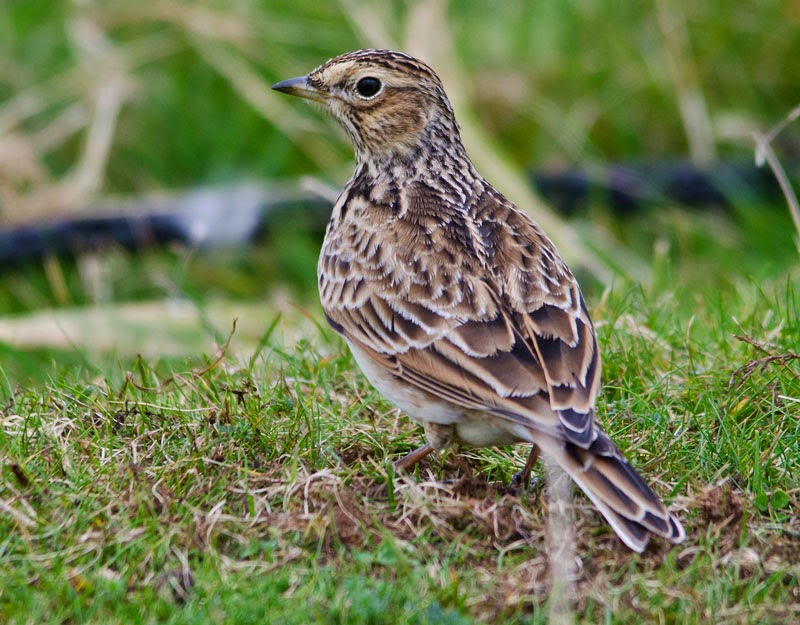