It's been a while since the last post but I've had other distractions. Just to keep things up to date here are a few highlights since the last time. A shopping trip helped to empty the pockets but I filled my boots with a Peregrine diving over the cliffs while two youngsters screamed for attention in the nest. While I was watching the falcons this Otter tried to sneak past without being seen!

The WT Eagle chicks will be fledging now but one of the adult birds is a regular sighting in these conifers while it looks for food. 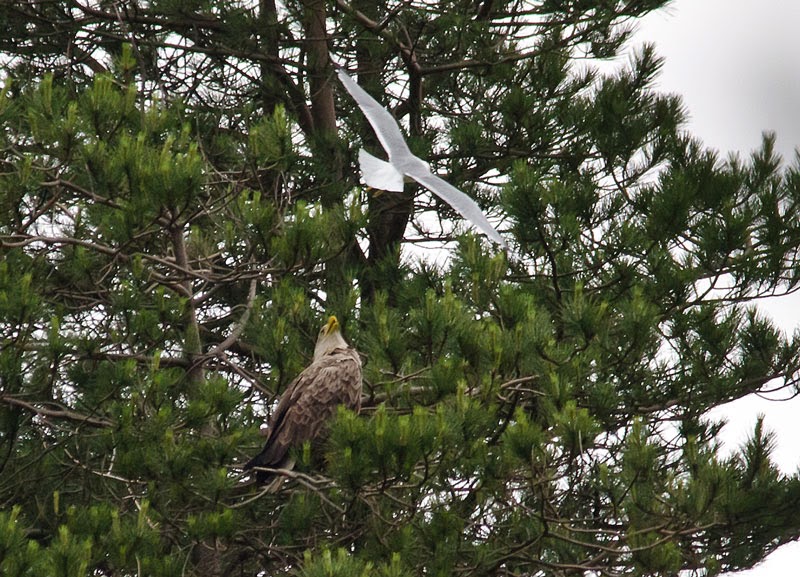 The wading birds are starting to return now and we have been getting regular sightings of Golden Plover and Greenshank. Another dull day produced a cracking sighting of an Otter clambering around on the seaweed.

It's all down to the wildlife to show itself so some sightings are great, some are not so great but sometimes it doesn't show at all but the best sightings are always of something you haven't seen before - Emperor Moth caterpillar was something I've not seen before.

Like the Emperor Moth caterpillar
we have never seen one either, nice find.