It had to happen.

It's been a few days since the last entry but with no decent weather I haven't really been out and certainly no camera action. The weekend was a bit wet and windy, Monday was showery with wind and the only improvement on Tuesday was that the wind had dropped so it looked a bit like this.

I couldn't stay in for another day so I grabbed the camera in case things improved and headed out. The usual flock of waders - 10 Turnstone, 12 Ringed Plover, 5 Redshank, 3 Greenshank and 1 Dunlin - were on show. The two Goldeneye are still hanging around but there was no sign of any Iceland Gulls today amongst the usual GBB, Black-headed and Common Gulls. 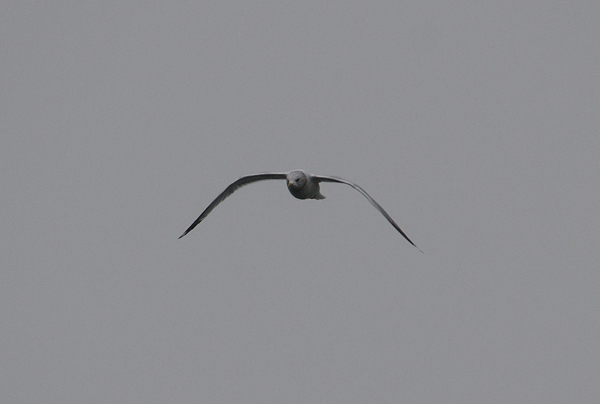 It didn't look like I was going to get many photographs so I had a play about with some of the settings to see what I could get. There were three Red-throated Diver that were way too far away so I resorted to firing away at the easy target of Grey Heron. 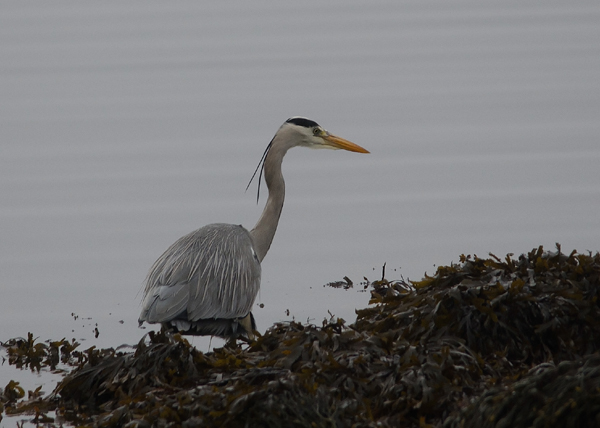 A Robin played hard to get in thick vegetation but it showed long enough for a couple of snaps. 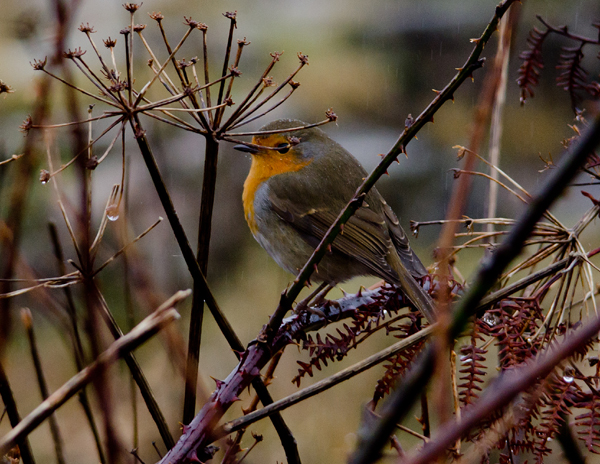 Something always happens to make it all worthwhile and that thing happened just after lunch. A disturbance in the water started it all off - I knew it was an Otter but I couldn't see it to start with. As I got a bit closer I saw the beast slipping back into the sea and coming towards me - result! I took a few blurry shots as it swam past and then had to change location and change the settings on the camera for another attempt. I was surprised to find a Dipper sitting on a rock as I got into position. It was more interested in the Otter than me - you can see the disturbance in the water where the Otter is. 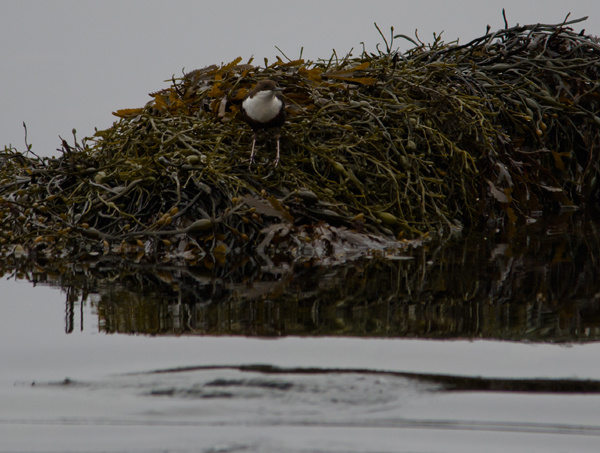 The Dipper flew off the rock towards me as the Otter hauled out. 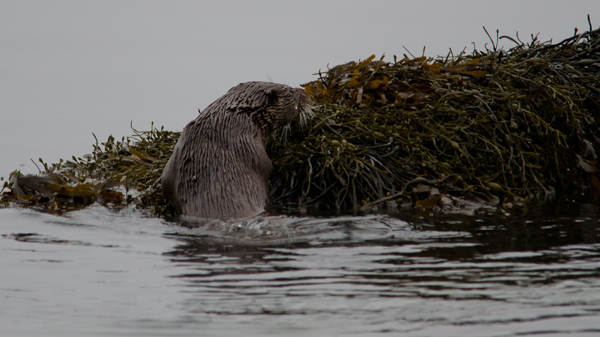 As soon as the Otter moved on the Dipper went back to it's rock. 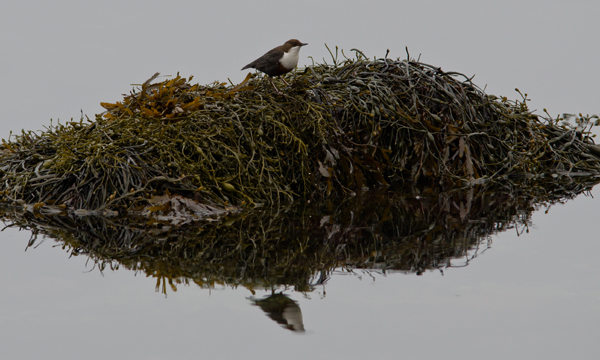 I had a bit of a dilemma as the Dipper was close, the Otter was moving off and a Great Northern Diver was moving in - what to do?! 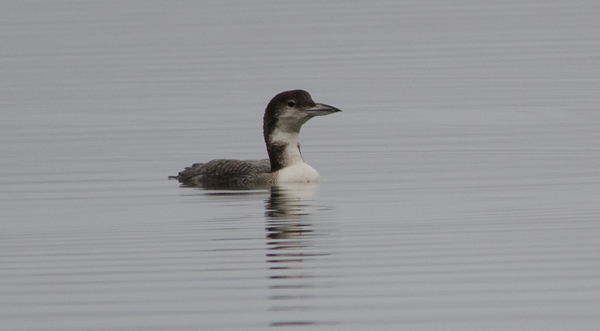 I fired off quite a few shots before heading off for the Otter again and managed to catch up with it just as it was heading for shore... 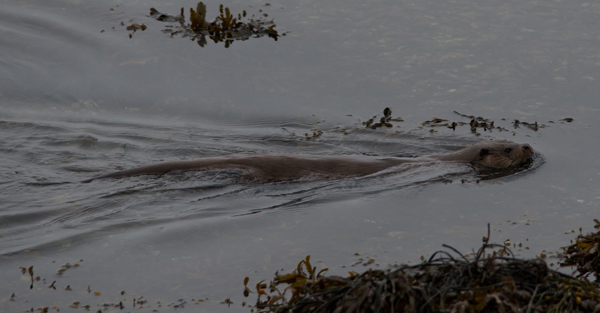 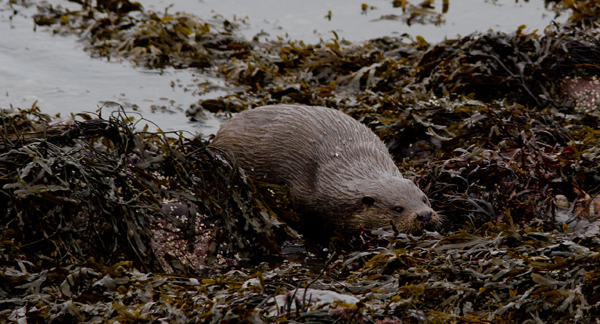 This is a spot I know well and the Otter was heading for a gully and it would have to climb out at the other end if it came all the way through. It's a good five foot drop to the bottom of the gully but Otters are fairly nimble and better climbers than you think! 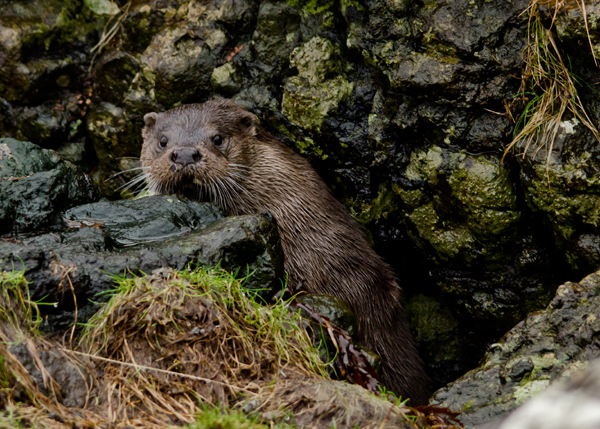 The Otter was close enough to hear the shutter on the camera and it dropped out of sight. I moved off quickly so the Otter could carry on. One lucky break is enough and with the weather closing in again I called it a day. On the way back I noticed the Lapwing flock had increased to three - is that enough birds to make a flock? 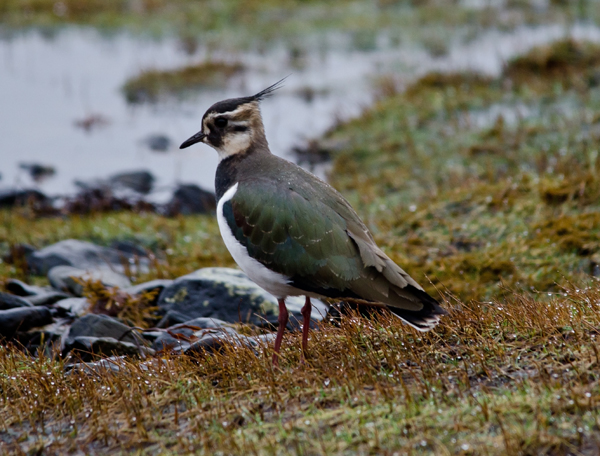