Sunday dawned with reasonably clear skies and the wind had dropped, it was an opportunity not to be missed. I headed off to pick up the optics before heading round the loch. All the optics were steaming up with the temperature change so while I was demisting everything two Otters swam into view! The mum and cub had hauled out on the rocks and they both watched the Little Grebe that was swimming about in front of them. 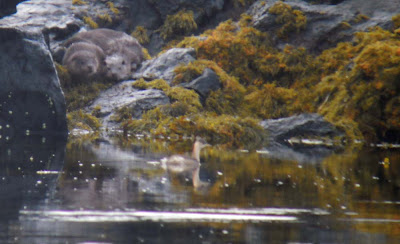 I left them in peace and took in the fabulous scenery - mirror like water, fabulous Autumn colours reflected everywhere and nothing to hear but the rushing of the waterfalls and the calls of the wildlife - just incredible! A Buzzard was captured with the camera just before it took flight. 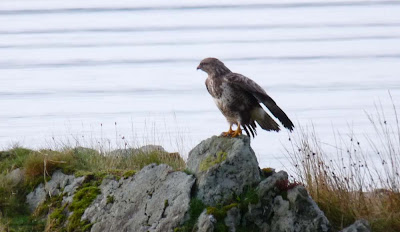 A few Great Northern Divers were close to shore and still looking good as they change into Winter plumage.

This bird was playing hard to get...

...and it took a while to get a big bird but when I eventually picked up a Golden Eagle it was only stooping down at a White-tailed Eagle - it was just one of those days. There were Red Deer scattered across the hillsides and then a very familiar silhouette... 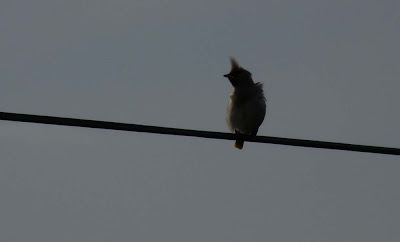 ...Waxwings!! They've been seen just about everywhere over the last week but I've bided my time and then I come across fifteen of these beauties at the side of the road. To say they were gorging themselves would be an understatement as their crops were bulging to capacity and it seemed a struggle to swallow just one more berry. It was a good mix of adults and juveniles too so they've obviously had a good breeding season. 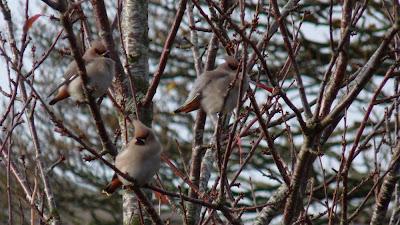 While watching another group of seven Waxwings one of the Autumnwatch team turned up to film them - keep your eyes open for that on Thursdays programme. 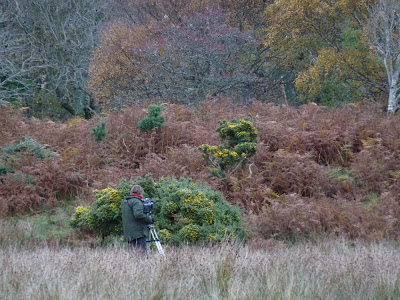 It had been another incredible day and what better way to finish than an incredible sunset. Simply, the best! 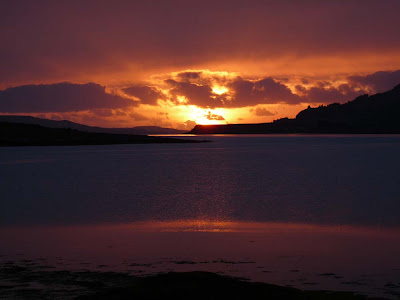 What a stunning sunset. Wish we were still there.

What a fabulous day! Looking forward to seeing Autumnwatch next Thursday and indulging in even more Mull nostalgia....