Saturday evening on the way to a movie premiere for Blooded the sunset looked a bit like this... 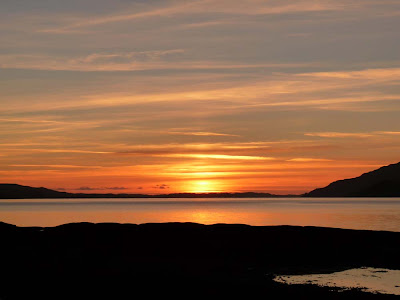 Sunday morning saw the end of the pleasant weather and it was really cold - proper seasonal weather. Needless to say the skies were grey and it was chucking it down when we set off on tour. Worse still I didn't have a battery for the camera - noooooooooooooooo!!! Otters were a top priority for the day but the sea was choppy, the rain was lashing and the windows were starting to steam up. Luckily I spotted a furry beast rolling around on the seaweed in the distance so we went for a closer look. Nice views were had of a mum and cub before they headed back into water as the rain got heavier. It looked like there was a break in the weather as we approached our next stop where we could hear a few Red Deer stags roaring. A quick change of location and we were watching three stags, all with hinds, shouting at each other - very impressive. We headed back to where we had seen the Otters and picked them up immediately - they were just heading to shore. We left the motor and waited for them. They were about 10 yards away when they came ashore and headed towards us!! Nobody was breathing as the two beasts made their way through the rocks and gave us the odd glance before they dropped from sight - absolutely unbelievable views! You couldn't beat that one but we did get a second best as we moved further along the road and found Otter number three who caught an Eel. Where did he haul out? Right in front of us! Stunning views again but not for long as he disappeared when a few motorbikes went past. As I'd not got any photos of those sightings I had to attempt a dodgy digiscoping of a couple of Common Scoter just to get something for the blog.

The rain came down in earnest after that so we peered at various things along the way through the murk and things started to brighten up after lunch. I now had a fully charged battery too so when we found a Golden Eagle I could attempt a shot of it. 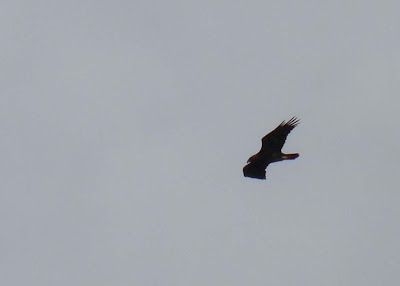 As time moved on we wondered what the next exciting sighting would be. A Mountain Hare graced us with its presence and then a Hen Harrier crossed our path too. We'd tried a few locations for WT Eagle with no luck so as we returned to one of the sites and scanned around. It wasn't looking good. 'Not to worry, we've had a fantastic...' was just being said and I had to interrupt 'You'd best have a look at this bird first' as a WT Eagle cleared the ridge behind us!! My, how we laughed - how fortunate can you be?
Monday we had similar conditions - lots of rain and a stiffer breeze. It was certainly looking like a tough one. We managed to see a Red Deer stag with a few hinds but only after waiting for the cloud to blow off the hill! It was difficult to see any distance as the rain came down in sheets but we kept plugging away until I spotted a couple of Otters heading for the sea. As they hit the water the fun began... 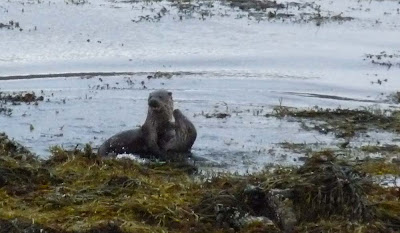 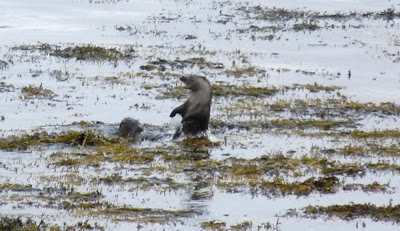 ...and wrestled in the seaweed before they moved on. 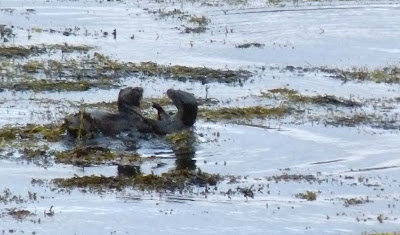 Nearly forgot - here's a video too.
We'd picked up the Common Scoter along the way and got sight of Ringed Plover and Turnstone just before the rain started lashing down and the wind was screaming. We headed for lunch as the squall passed over and some blue sky was peeping through the clouds. A bit of a wait and we had a Golden Eagle parading around in front of us - excellent. Another three Golden Eagle at our next stop was a good result too. Cracking views of Mountain Hare sheltering from the wind. 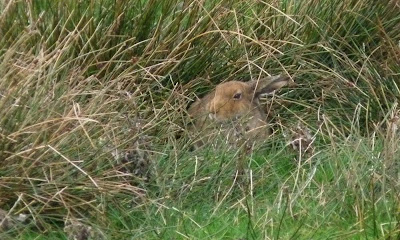 A few Golden Plover were doing their clockwork toy impersonations in a nearby field. 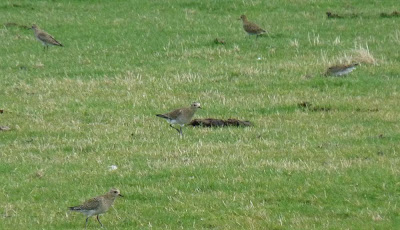 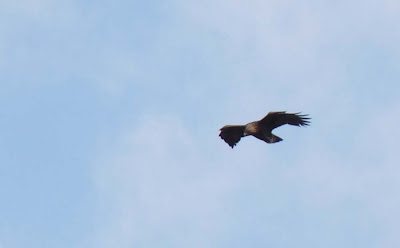 ﻿Not a bad way to finish the day. WT Eagle was picked up but at a distance and difficult to see as it flew below the skyline. Not a bad couple of days considering the seasonal weather.
Posted by Bryan Rains at 23:49

Fabulous photos and love the video!!

Hi Brian - many thanks for a truly wonderful day on Sunday. The otter sightings were so breathtaking that we didn't even think of taking pics! It was particularly amazing to lower the binocs and see them just there in front of me, on the grass! Don't think I've ever held my breath for such a long time.

Meant to add that on Tuesday we saw otters in Loch Buie and Loch Spelve (sp?) and had a very close encounter of the stag kind in the glen where we went with you. We had just rounded a bend in our car and there was a stag taking up most of the road. We slowly came to a halt very close to him. He looked at us, we looked at him, he looked at us - we were happy to stay put for as long as he was. Then, a graceful leap over the ditch and into the forest. Well developed head of antlers - perhaps about 10 years old?