After the excitement of the last post I thought it might be wise to get some half decent shots of the Waxy one. Saturday was the chosen day to go as it was going to be a bit sunny - it never crossed my mind that the garden would be in the shade but it didn't matter in the end. I had PS on board for the day so she could give her camera a work out. We headed off up the glen in search of the Snow Buntings but we found nothing more than Hooded Crow and Red Deer. 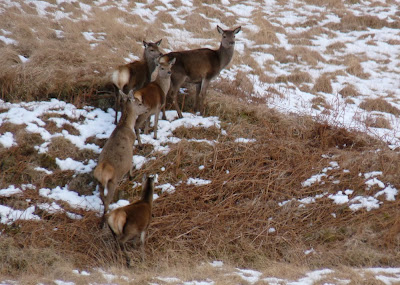 A White-tailed Eagle had us pulling over to the side of the road to view it before we reached the main destination for the day. We were welcomed into Dave's house to sit and wait for the Waxwing to appear which didn't take too long. It flew into one of the trees before dropping down to feed on the apples and plums that had been scattered in the garden. A few photographs were taken through the window before it flew back up into the trees. 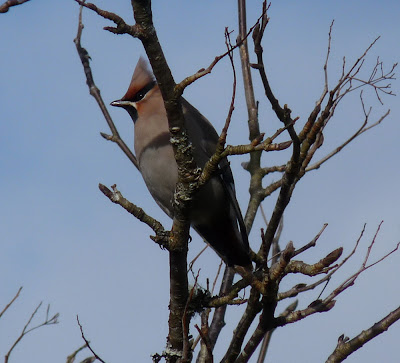 We opened the conservatory door to get better shots and it wasn't too long before this confiding bird was parading around a couple of yards away. With better views than the last time I'd seen this bird it was noticed that it was a juvenile through the lack of white on the inner webs of the primaries and the outer webs of the primaries were a washed out yellow (see below). 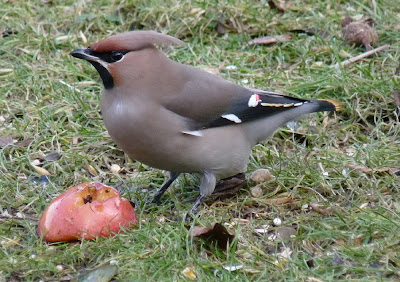 There is plenty of wax on the secondaries and a fairly broad band on the well worn tail, most likely, marks this bird as a male. 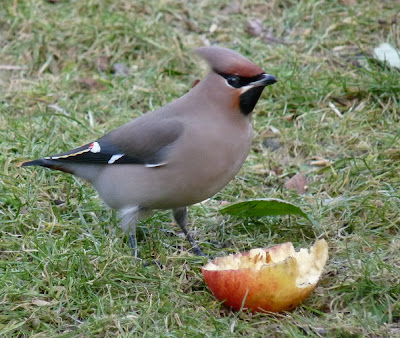 These birds are quite feisty or as the blog title says 'hard as nails'. This chap didn't want to share the fruit with any of the other thrushes in the garden. There were a couple of Song Thrush hopping about but it was the Blackbirds that annoyed the Waxwing. 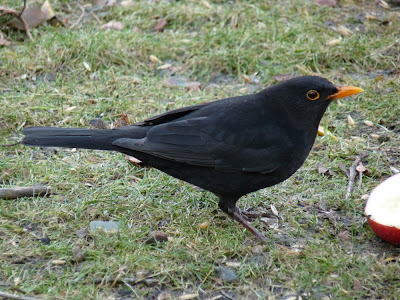 It didn't matter that the Waxwing had food for itself, as soon as a Blackbird started pecking away the Waxwing was there to chase it off. In fact, the Waxwing was that hard that when an alarm call went out and the garden cleared of birds the Waxwing just crouched and waited for the other birds to return - quality stuff! 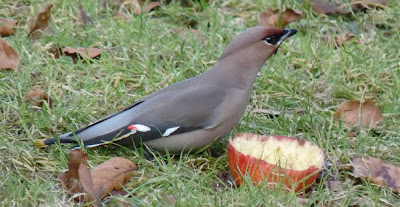 A special bird requires a special treat so here's some video - don't bother with the sound as all you can hear is PS firing off shots!
Time was pressing on so we had a bit of a drive around to see what else we could pick up. A Barnacle Goose in with the Greylags wouldn't pose for a photo and another WT Eagle was too far away so a Fallow Deer in the snow will have to do. 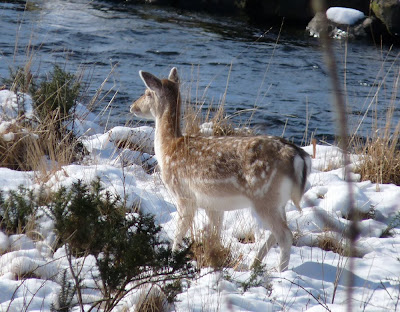 We gave the Snow Buntings another go but again no luck with them but the stag was nice with his mane blowing in the wind. 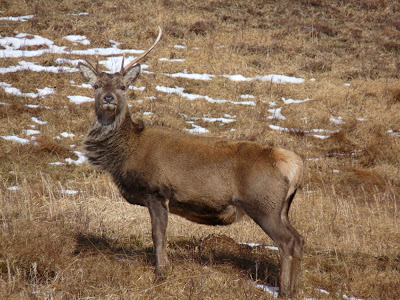 Me and the Shop Lady were heading up to Tob for a birthday bash on Saturday night and what should we see but 3 Snow Buntings! There were good numbers of Woodcock coming up from the side of the road as darkness closed in so that was a bonus too.
Sunday we had a fairly relaxing morning before heading out for a walk across the moorland at the Mishnish lochs. Not a great deal to see up there while we were there but walking through deep snow doesn't help with your observation skills! We had a good laugh wandering about and as we were heading back down the hill we picked up a bird on the ground not too far ahead of us. It was another Mull tick for me - Red Grouse! 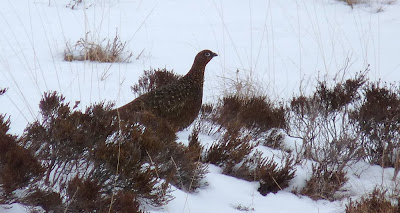 The bird didn't seem too concerned as it crept away from us before taking flight.

Nice post Brian, the Waxer on the lawn by himself makes it seem very remote. Lovely.

Lots of nice pics Bryan I suppose Daves garden been popular for a few days.

Cheers for the comments. It's a worthy bird that Waxwing and it could be a while before I get another!