A day of requests on a hot, sunny day turned out quite well. The guests for the day had an idea that they might like to see Corncrake so we decided to give it a bash. We started the day with an Otter, Golden Eagle and Adder were added soon after and the first of the requests was filled in when we got good views of a pair of Whinchat. 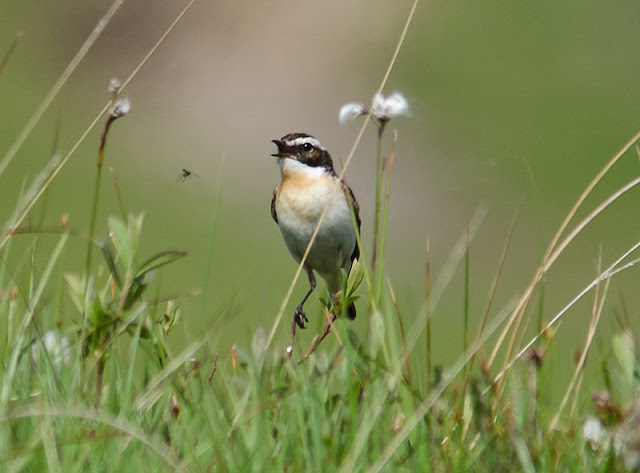 Mountain Hare was a bit more difficult as I got some fleeting glimpses of one a couple of times but nothing better than that. The Redshank and Lapwing were well photographed though. We headed over to Iona to look for Corncrake in the foot high vegetation! You could hear them well enough but seeing one was going to be a challenge. The usual advice was given by passing tourists - 'you're wasting your time with them', 'I've been coming here for 15 years and never seen one yet' - all very encouraging eh? Just after the last comment was made I found this one lurking in the long grass! 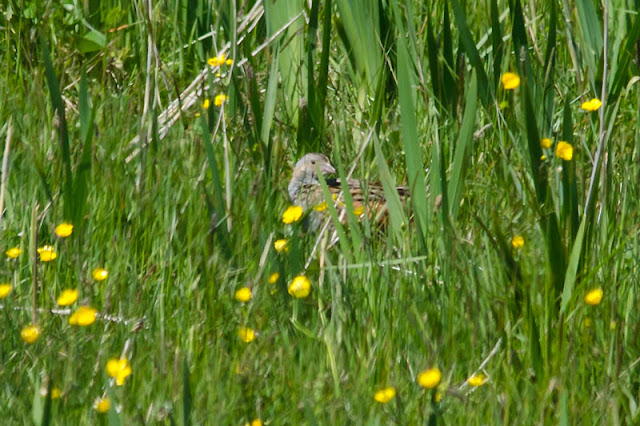 We got views of that Corncrake as it preened itself and then it wandered off. Another two were picked up in really long vegetation but the best you could get was the vegetation moving as they ran around - funny to watch. I managed a couple of glimpses when but trying to give directions in the sea of yellow was not easy. 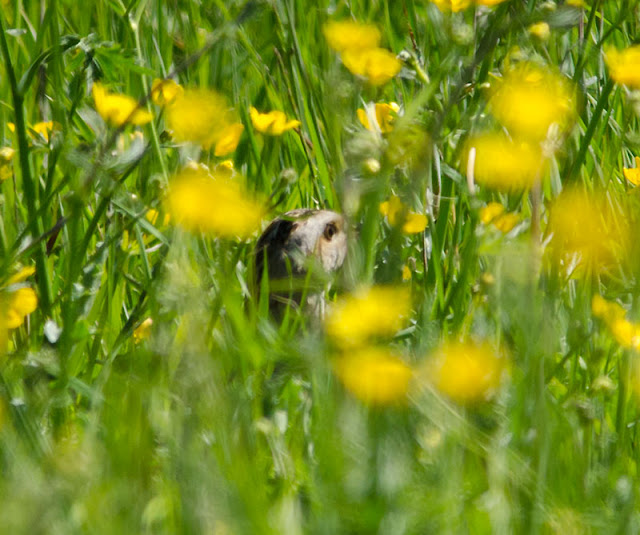 Another request for the day had been Raven - I was the last one to attempt photos and they decided to leave just as I pointed the camera. 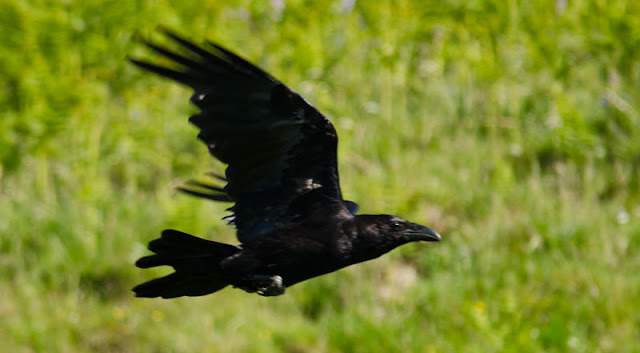 A Hooded Crow kept me amused while the guests were looking at the Oystercatchers. 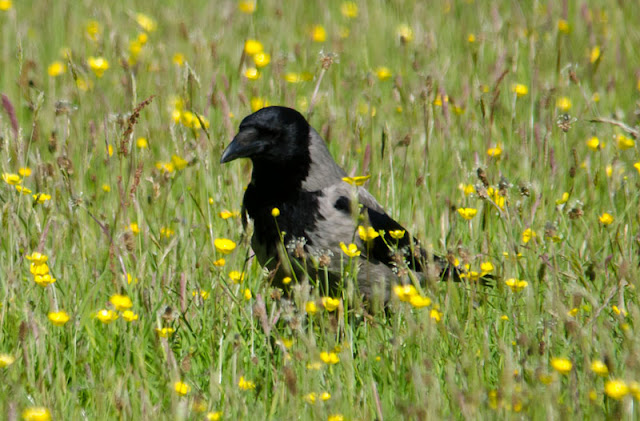