A moment in time.

Saturday morning I had a quick look round outside the shop and picked up 28 Redshank and a single Bar-tailed Godwit. The WT Eagle was sitting in the tree behind the shop for a couple of hours with people taking photos but it was gone by the time I decided to go! I was too busy trying to pin down the Crossbills. With a couple of jobs to do I headed off round the loch to have a look at a few things while I was out. First on the list was to see where the WT Eagle chick was and have some lunch. The lunch was nice but there was no sign of the youngster or the adults so I busied myself with a few other photographs to pass the time. This spider, Pardosa amentata, was waiting for unsuspecting prey to pass by. This member of the Wolf Spiders is very common and you will see them zipping away from your feet as you wander around most places. 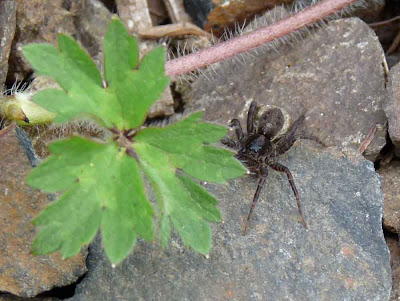 This Devil's-bit Scabious was just past it's best but the dying flowers highlighted the rest of the cluster. 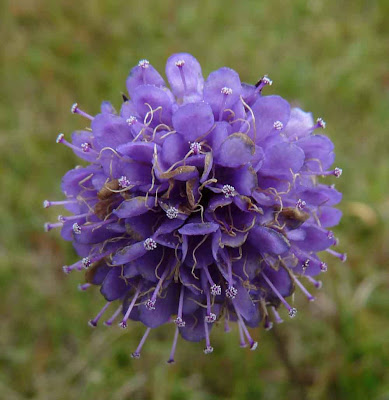 Another spider on the hunt was this enormous Garden Spider with an impressive web and some impressive fangs too. 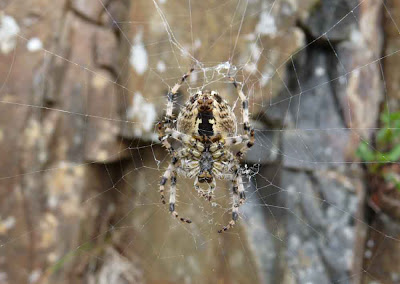 A Hooded Crow paid me a visit while I finished my lunch but he was soon off to join the rest of his crew. 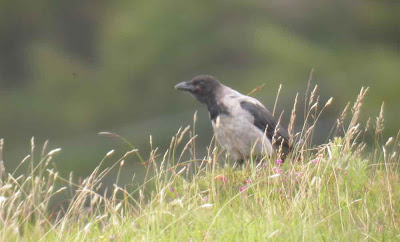 I've not featured many Otter photos recently as it's been too difficult to get any shots while showing guests these enigmatic beasts so the opportunity to get a few snaps was very welcome. As you can see he would pop up with or without something to eat. 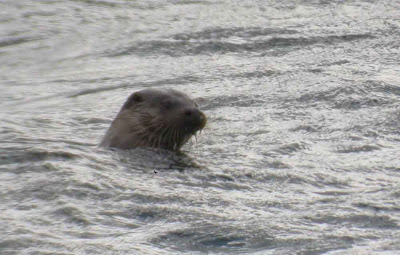 If he didn't get anything he would move along a bit further...

...but if he did get a catch he'd munch away on the surface.

One he'd finished that would be him on his way to another foraging exercise on the sea bed.

I did manage to pick up the young WT Eagle in a different location and also another two bird flying along the ridge so with the jobs done it had been a successful afternoon. We had been out for dinner in the evening and we got a cracking sighting, on the way back home, of a Long-eared Owl - fantastic!!
Posted by Bryan Rains at 09:22

Great spiders! The second one is almost eating size ... ;-) Good shots, too, of the otters. It isi always fun to see them.

What a great little photo trip. So cool you have the opportunity to photograph Otter while out. Very nice.

Wilma - I'd like some bigger spiders but that's as good as we get over here!

Cheers Glen. A bit different from your stuff but it keeps me happy:-)