The last week has been dominated by rain so I haven't ventured out too much. Last Sunday I could have included this photo of a stag we came across at the side of the road. 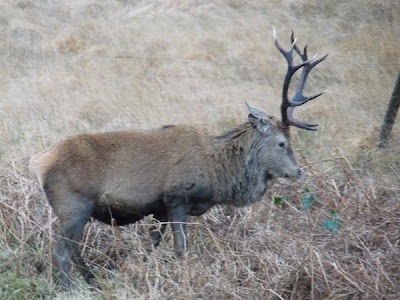 The only other highlight through the week was a flyby WT Eagle on Thursday. 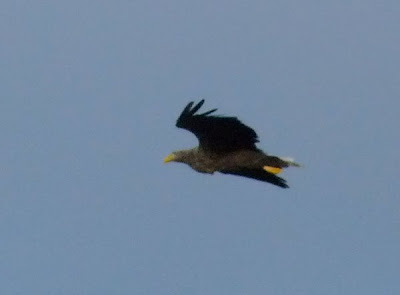 Not the best of photos but not the best of weather but you can see that this bird has had a good feed by the bulging crop. Thursday evening we saw a Barn Owl perched on a fence post and I had a Woodcock flying in front of the motor last night.
Today the weather finally broke and it's been a flat calm sunny day. Typical of your normal wildlife watcher I'm never happy - it was too nice today. A cracking day for looking on the water as it's flat calm but a waste of time trying to watch the ridges as there isn't enough wind to encourage the big birds to get up! All the Buzzards we saw today were sitting on posts, a single Kestrel we came across was post hopping too - you get the picture, I'm sure. I had PS and f-stop on board for company today. The first thing that came under fire from the cameras was a Red Deer that hadn't wandered too far away from the road. 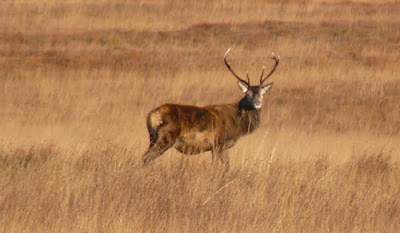 Flat calm water greeted us at the loch but it wasn't giving much away at all. A decent number of RB Merg, a smattering of Little Grebe, plenty of Mallard, a group of Golden Plover but no sign of any Otters. We spotted a GN Diver that was fishing close to the shore a bit further along the road so we timed things nicely to be in position when the bird surfaced. 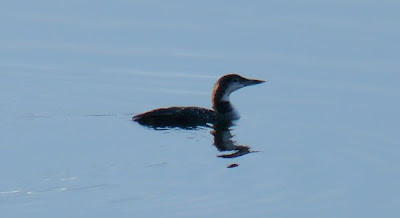 A Grey Heron took flight as the diver worked it's way along the shore... 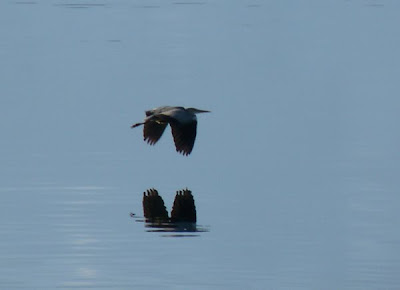 We reckon we had an Otter further up the shore but with someone else already taking photos in the area we passed it by. We stopped to look in another bay and f-stop picked up an Otter that was too far away for photos but worth watching. It actually turned out to be 2 Otters together but they were working their way away from us. A group of Starlings were perched on the wires in front of us showing off their glossy sheen to perfection. 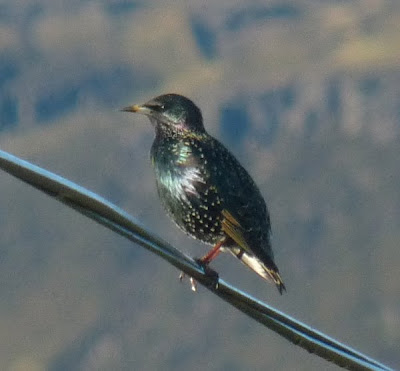 A Sparrowhawk came dashing in from the left and had the Starling panicking. We watched it disappear into the distance, looking like it was going to land so we followed the direction of the bird in the hope it was perched on a fencepost. We didn't find it perched up but it did fly past us again and close enough to see it was a cracking male bird. We headed back in the direction we'd come from and stopped again to look through a few of the winter thrushes but it wasn't too long before we were distracted by another Sparrowhawk - a female this time. Again the bird disappeared from view so we followed and this time got lucky as she was perched up in a tree. 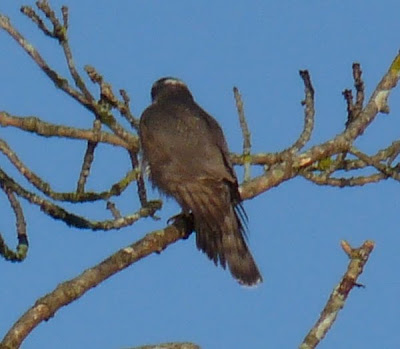 Cracking on we stopped to view the loch to see what divers we could pick up. Typically the most distant diver had to be the odd one. GN Divers into double figures and a single Black-throated Diver - again not the best photo but better than none at all. A big white flank patch on this bird and the tell tale 50/50 black and white neck. 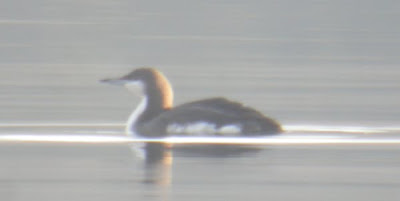 A nice view down the loch to show how calm it was. 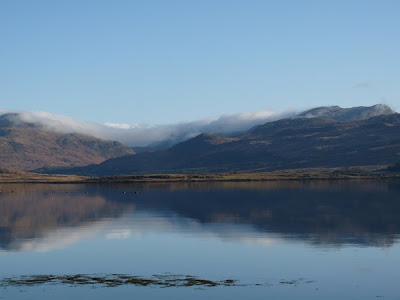 We headed back to the shop for lunch and we picked up a small group of Common Crossbills. I missed the best opportunity for photos apparently as I was on the phone but the birds were a bit flighty and calling constantly. A real treat to get a good view through the scope and take a few shots too. 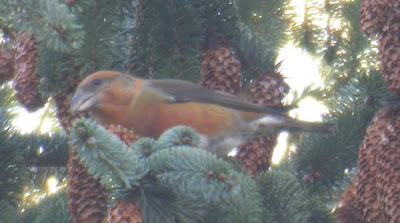 This male bird was giving a superb demonstration on how to snip the cone off and then demolish it. The cones must weigh as much as the bird itself so it quite a feat to snip it off and swing it round it's bill! The afternoon was very quiet with the highlights being a single Red-throated Diver, the Kestrel I mentioned before and plenty of Buzzards perched on poles. 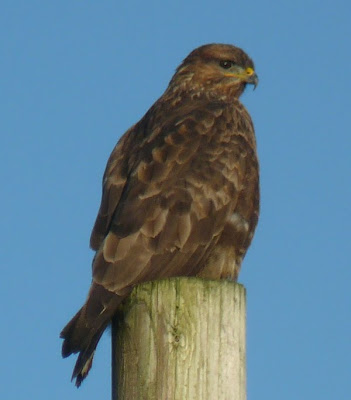