Killer on the loose

Wednesday was another steamy, hot day. It's a wicked world out there and there is a killer on every corner. Most birds are feeding young so it doesn't matter what size they are they will be out feeding on something else. No one minds that the small birds are taking insects but it gets a bit more fraught as you go up the food chain but you can't beat the drama! The Swallows and Martins are doing their best to keep the 'small fly' population down which is great but the Clegs are out now and they work like a giant midge. You can be standing around watching the wildlife and all of a sudden someone will give a yelp as one of these monsters sinks it's teeth in - it's funny till it's your turn! The Common Buzzards seem to have gone into hiding at the moment but you would expect to see more of them when they are feeding young. This bird is using the lazy option of balancing on a wire while waiting for a passing vole. 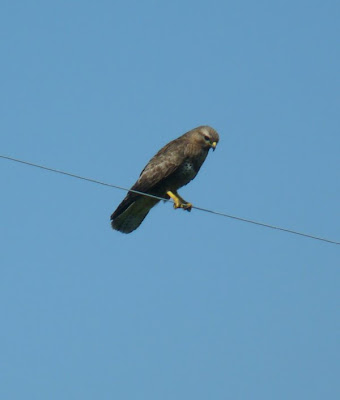 I caught sight of a male Hen Harrier clearing the forestry and gaining height at a rapid rate. It soon dropped like a stone and made a food pass to a female then just soared back into the sky before dropping low to hunt again - a masterclass in riding the wind and thermals off the forestry. Two Golden Eagles gave a fine performance through the day but no hunting going on.
Thursday was another scorcher and a chance to do something different. We headed off in search of Hen Harrier but it soon turned into an insect fest. The dragonflys were out in force hunting down anything in their path - it's a ruthless killer but fantastic to watch. Too quick to photograph on the wing and we never got close enough to any feeding. A Butterfly that had seen better days turned out to a Small Pearl-bordered Fritillary. There were plenty of these on the wing but just look at it's eyes - they look like miniature footballs - cool! 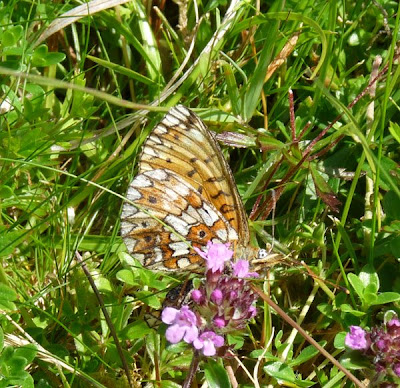 Next on the hit list was a group of Four-spotted Chasers chasing each other across a small pond. They were a bit more obliging as they landed in the sheltered spots to pose for photographs. 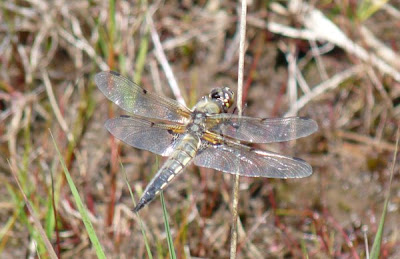 Waterboatmen were ten a penny in the small pool and provided a bit of entertainment while waiting for the chasers. 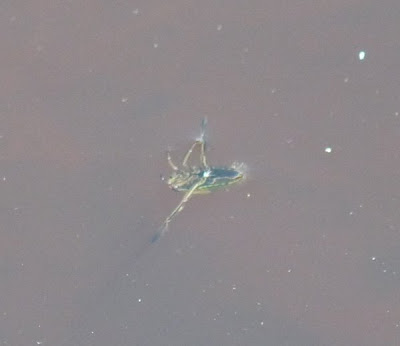 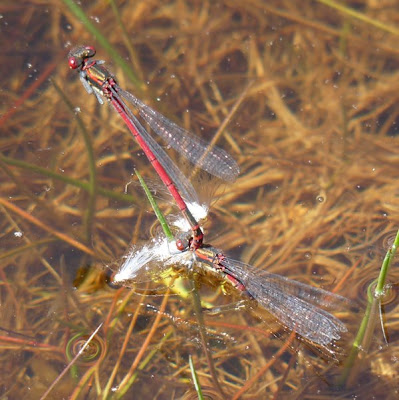 This Newt came from the depths of the pond while I was creeping round the back and provided a photographic opportunity. 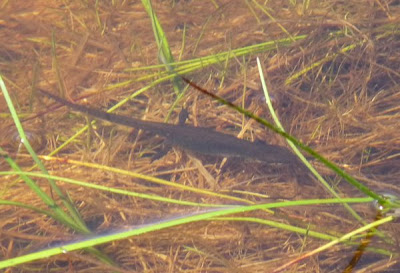 A Keeled Skimmer gave us the run around as it patrolled it's territory and even seen off a Gold-ringed Dragonfly. A brave move as the Dragonfly is twice the size! 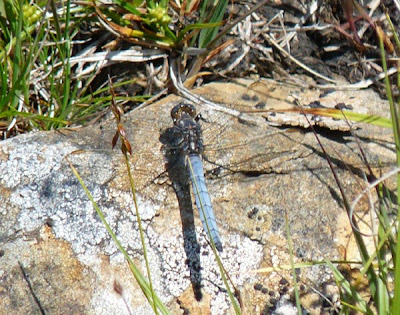 A change of location for the afternoon to get some flower photographs was a disaster for me. I just took one camera and no spare batteries. You can guess what happened. I managed to get a decent shot of St John's Wort.... 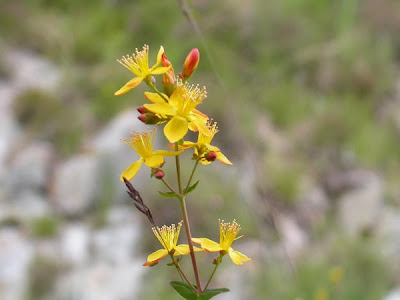 ...before chasing this Common Blue butterfly around. I got a couple of shots from a distance and left the camera on as I stalked a bit closer. I got within good shooting range, lifted the camera to find it was switched off. I tried switching it on but the battery was dead! 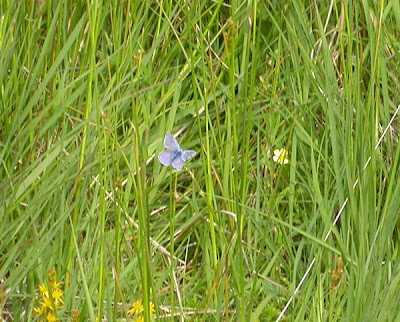 Friday was yet another scorcher but the wind was picking up. We had a slow start to the day but a dramatic view of a Merlin with a Meadow Pipit in it's talons being seen off by another two Mipits was superb. Lunchtime provided the biggest drama of all though. Two Golden Eagle were cruising around trying to stop us eating lunch - they succeeded, of course. One of the birds disappeared but the one that stayed was really on the hunt. It cruised over the top of us and decided we were a bit too big to tackle or it didn't fancy a sandwich! 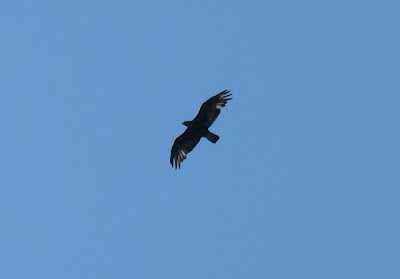 It decided to try it's luck on the hillside instead...... 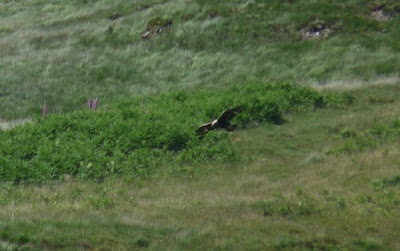 ....it was difficult trying to keep track of the bird but all of a sudden it dropped down low and sank it's talons into the back of a deer calf!!!!! The calf was screaming in alarm and kicked at the Eagle managing to get out of it's grip as the mother approached. It's not the best photo but you can see the calf on the right, the Golden Eagle in the middle and the adult Red Deer on the left. 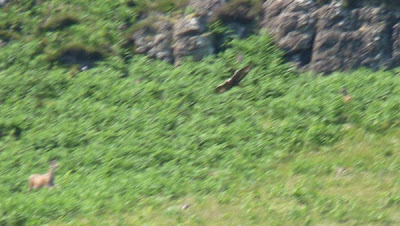 There is no way you can top that kind of drama but what a sight to behold! Otters were next on the list and we weren't disappointed as we located the mother and cub at reasonably close quarters. Good news on the WT Eagle front too - the youngster has been satellite tagged so we will be able to follow the fortunes of this bird after fledging. A very strange sight on the way back was a 3 antlered Red Deer - two on it's head and one growing from it's backside! Seriously though, these are both Royals (12 points on the antlers) - fine looking beasts. 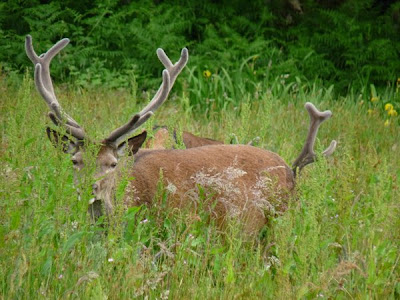