Another cracking day on Mull - clear skies and plenty to see. A Common Sandpiper was a fresh arrival so we had to stop for a look. 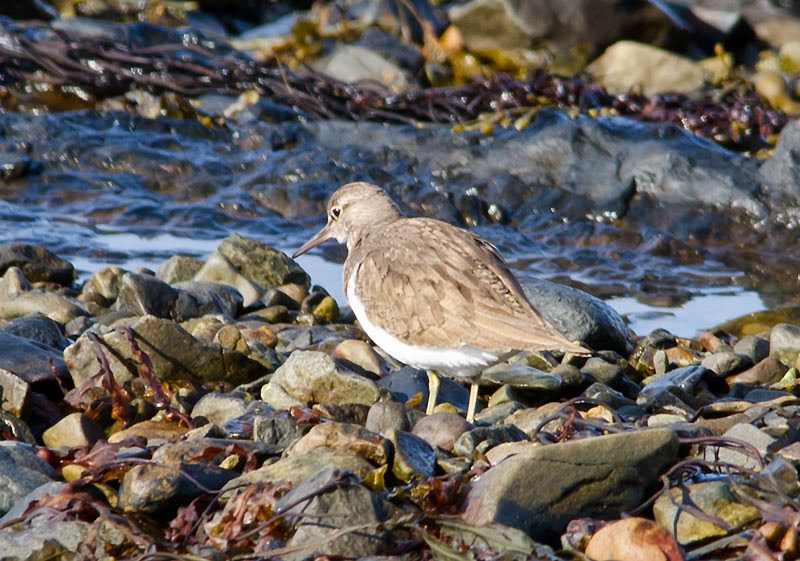 A Shag was posing on the rocks as we drove past. 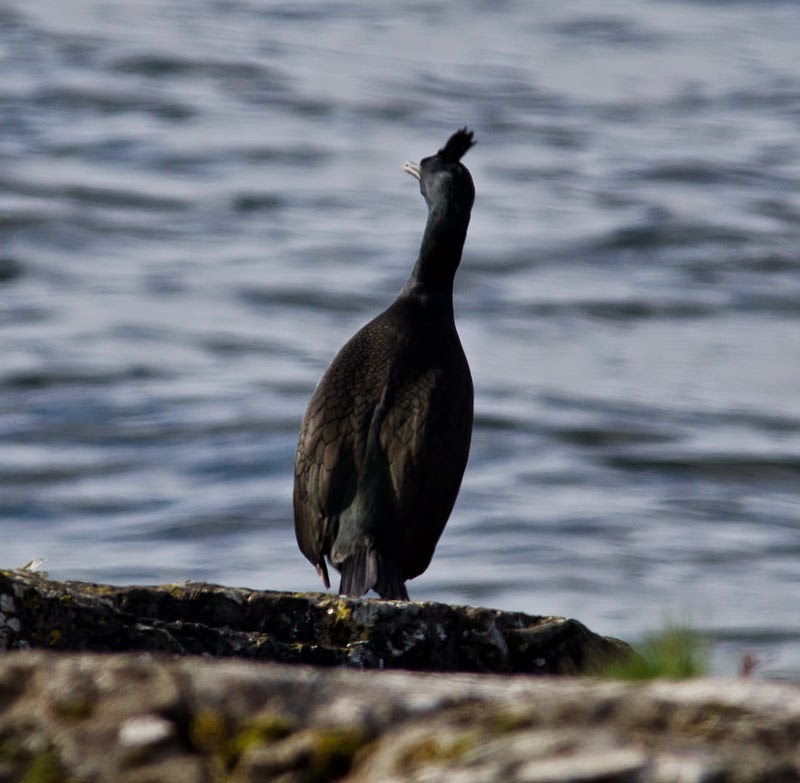 A couple of WT Eagle showed well over the ridge before they drifted off into the distance. 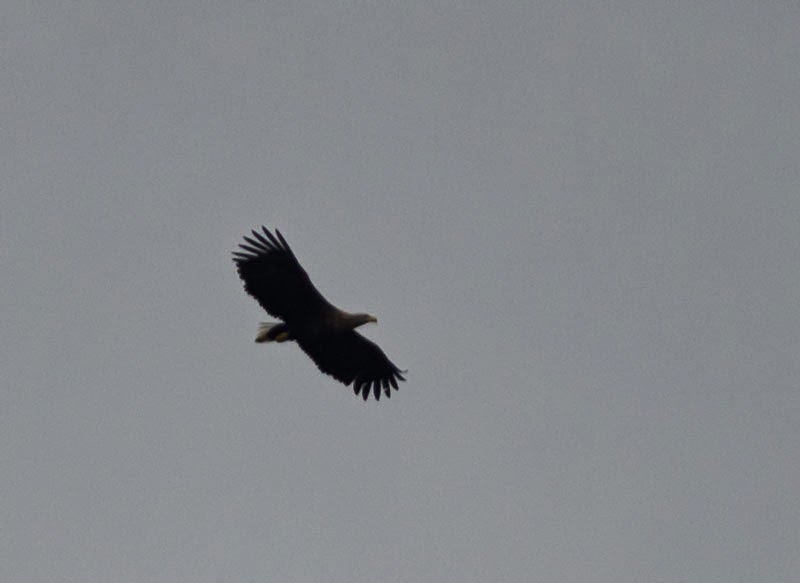 They may have drifted off because of the appearance of a Hercules aircraft that was doing low flying manoeuvres. It wasn't too long before a Typhoon was flying in the same area - not wildlife but pretty spectacular!

We had the good fortune to watch an Otter for half an hour as it made it's way along the shore.

The Tawny Owl was in it's usual place - is it stuffed? 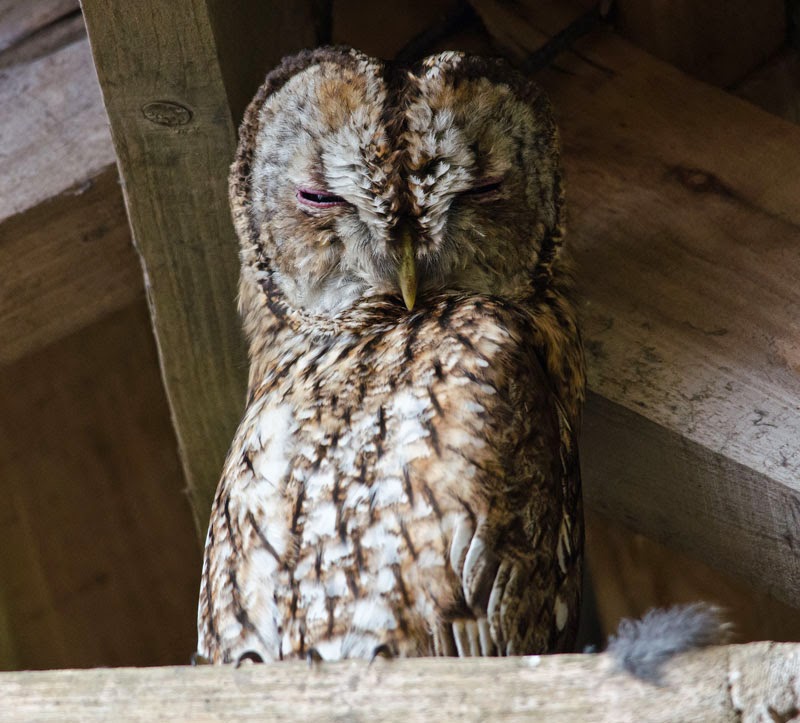 Two Golden Eagles were seen at lunchtime while a hunt around for Adders was successful but they took a bit of finding. Some are easy to see... 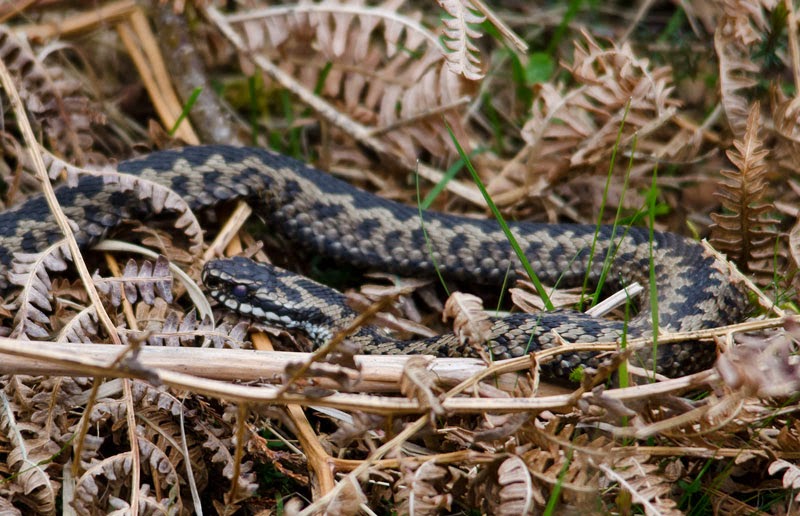 ...while others are a bit more cryptic. 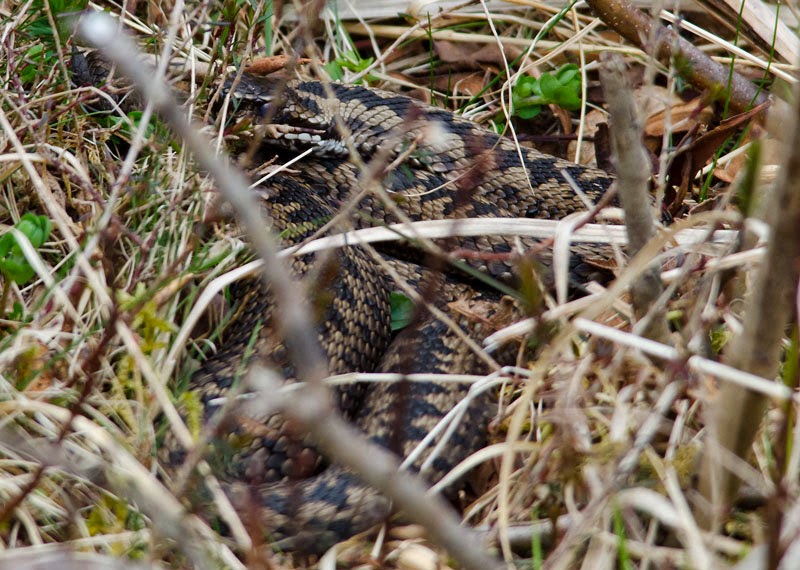 I've seen quite a few Lesser Black-backed Gulls but none close enough for the camera. 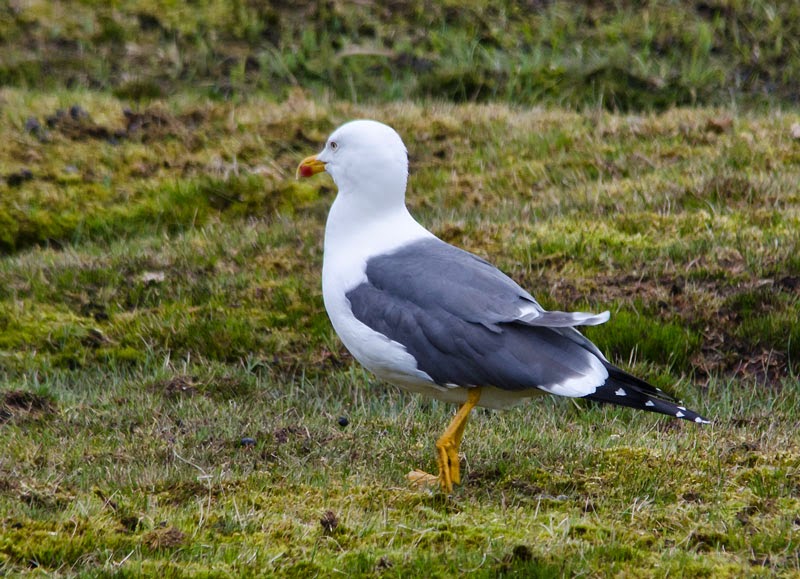 There are plenty of Northern Wheatears about now... 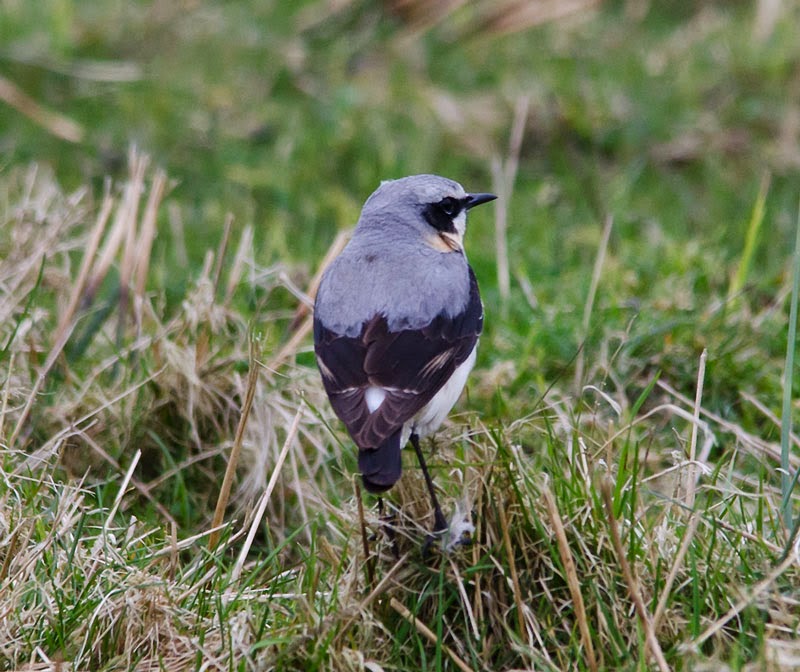 ...but a small flock of Golden Plover were capturing all the attention. 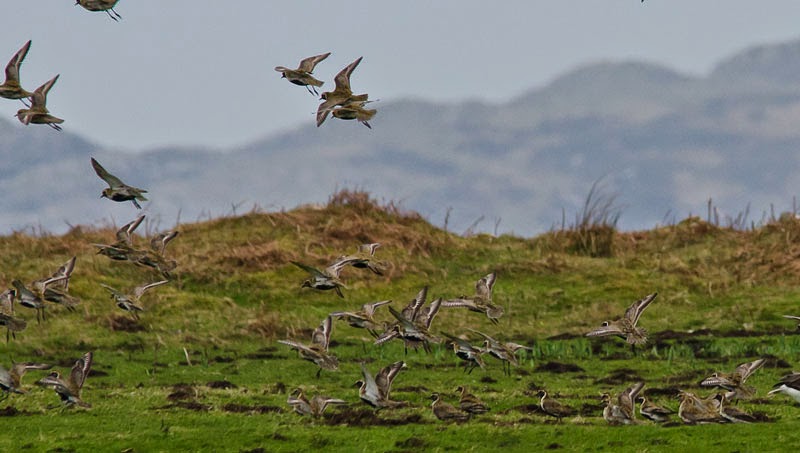 A single Twite was seen but only briefly and the find of the day was this Snipe at the side of the road! 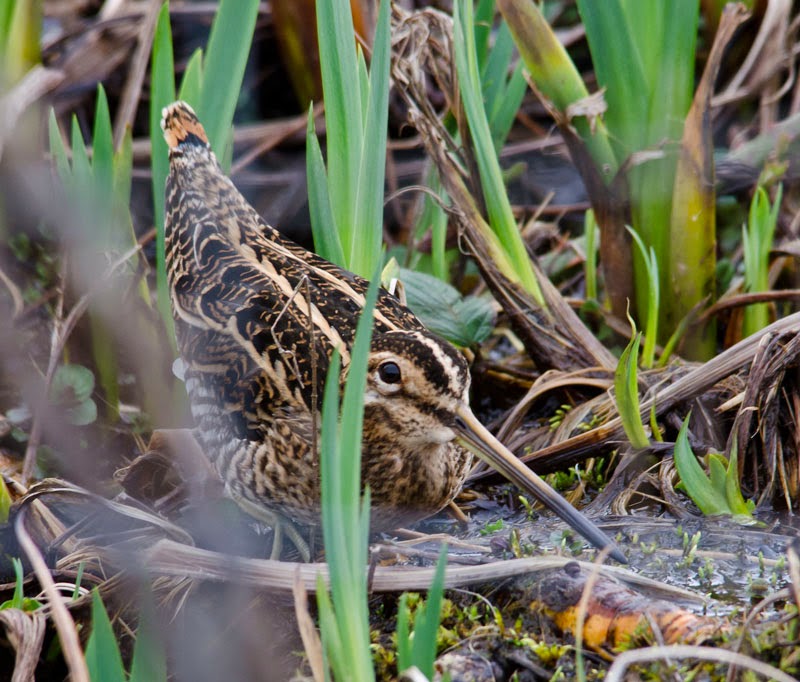 Great birds and other wildlife. That aircraft was very low flying! Neat.

That Typhoon is a 9 squadron Tornado out of RAF Marham. Great shots though