A bit of a quiet start to this tour - a couple of Crossbills flew over but wouldn't settle, plenty of Lapwing, a few Snipe, Shelduck, 3 Linnet and 20 Fieldfare were the highlights from the first hour. Things started to warm up from then on. My first Slow Worms of the year were seen... 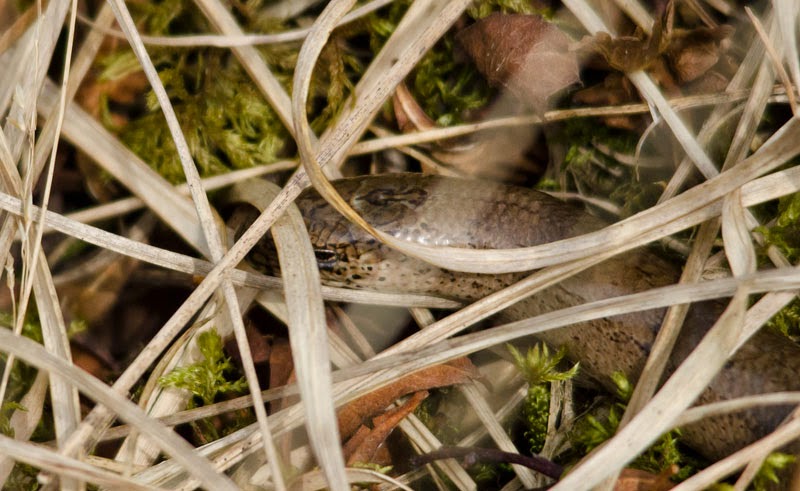 ...one of last years young Common Lizard but only one Adder. 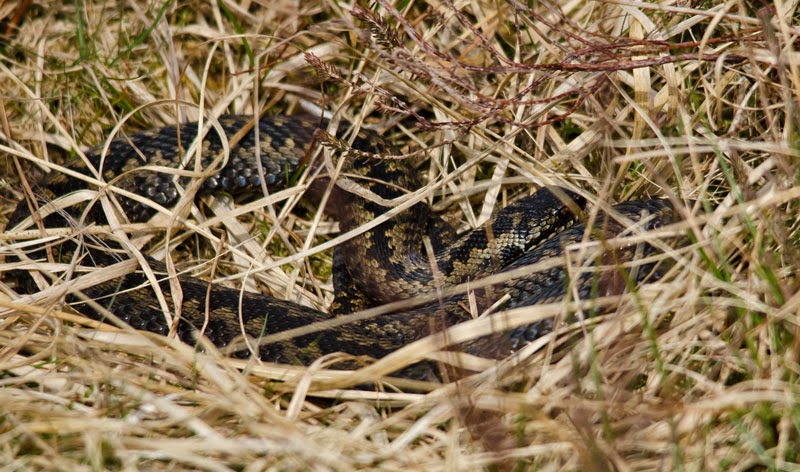 Just as we were about to have lunch two Golden Eagle appeared and headed towards us. Closer and closer they came until we were eyeball to eyeball and there is no denying they were coming over to see what we were doing! 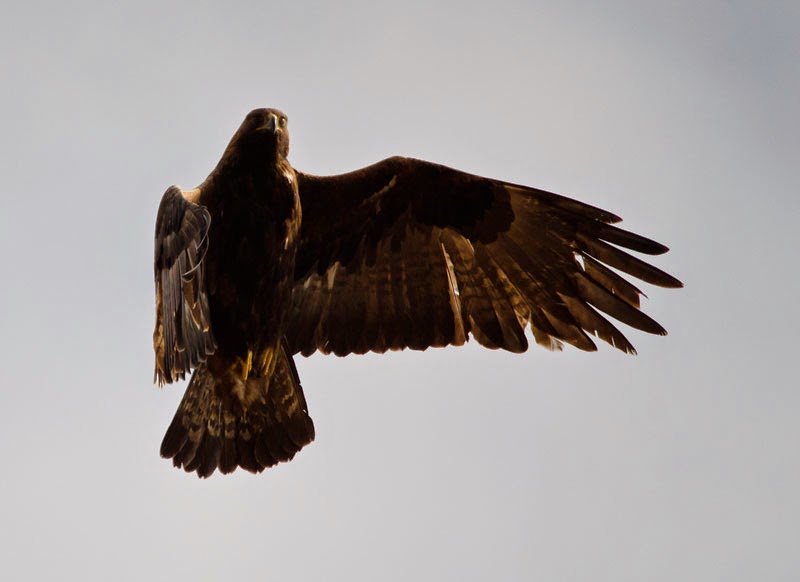 A five minute encounter with an Otter was all we could manage but at least it was close enough to get a good view. 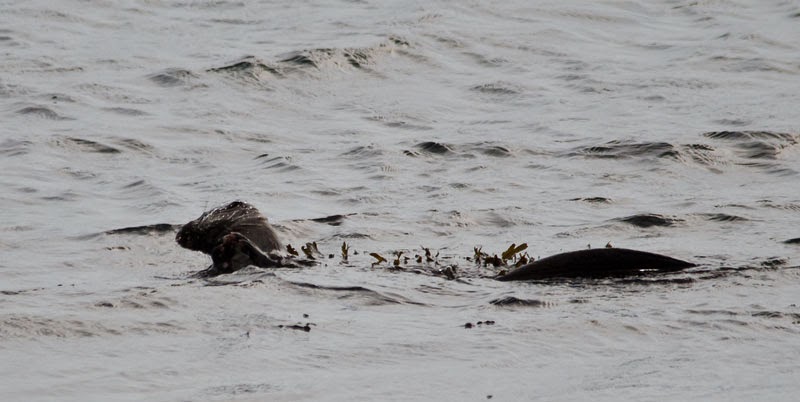 WT Eagles put on a bit of a performance too - this one looked impressive sitting at the top of a tree... 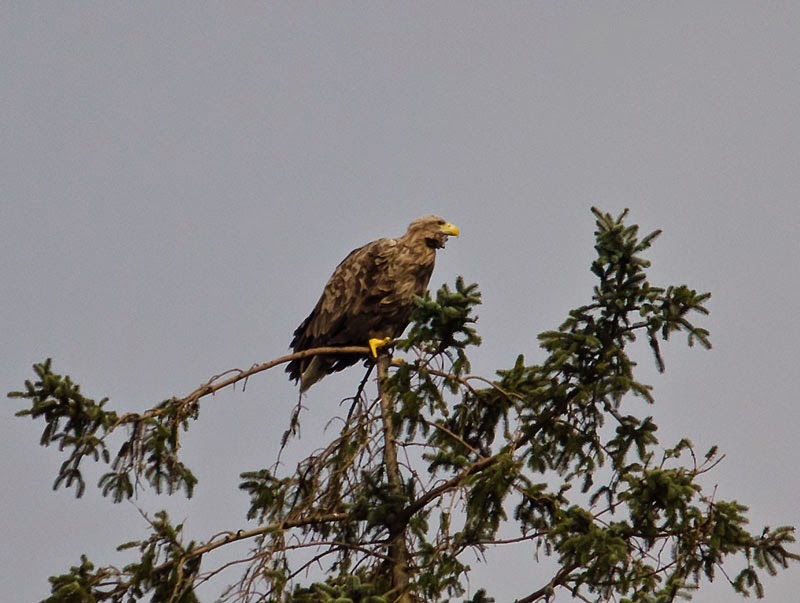 ...but I missed out on getting a shot of a Buzzard having a go at it. This young WT Eagle came nosing around but it was moved on by the adult bird. 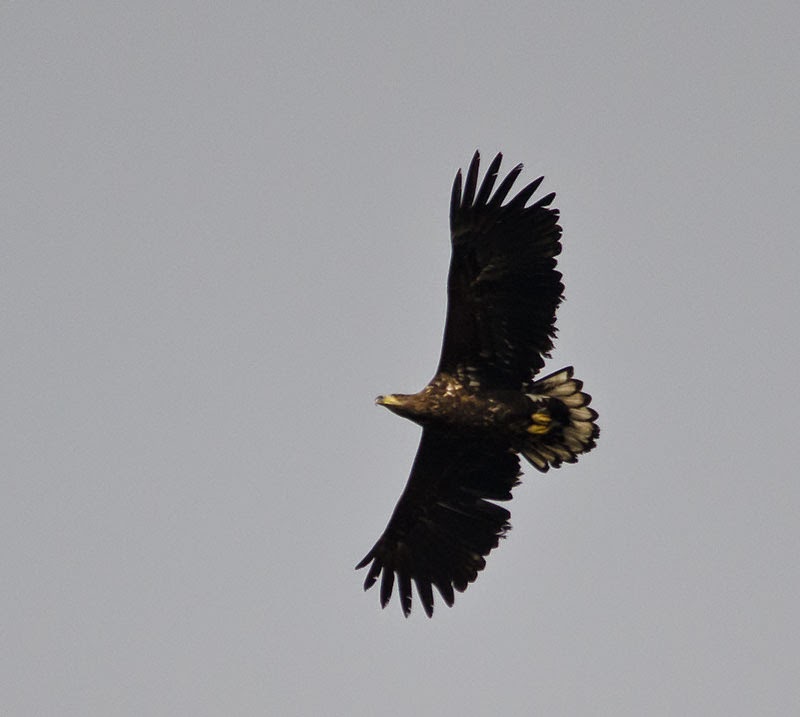 It's not all about the big stuff though as we had to stop a few times to admire some of the commoner birds too. This Reed Bunting was good enough to sit still while I took a couple of snaps. 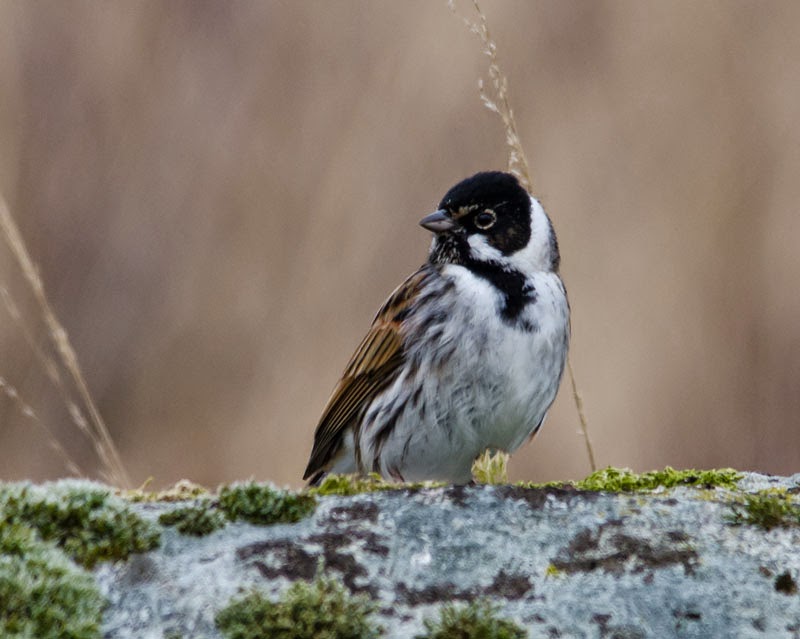