Just what the doctor ordered

A trip out with Doc produced eight Otters - I could leave it at that but here is a quick run down. Within five minutes we were onto the first two Otters on a point. While we got into position they came round the point, realised something was up but they weren't sure what that something was.

A few Northern Wheatears were along the shore as we moved on... 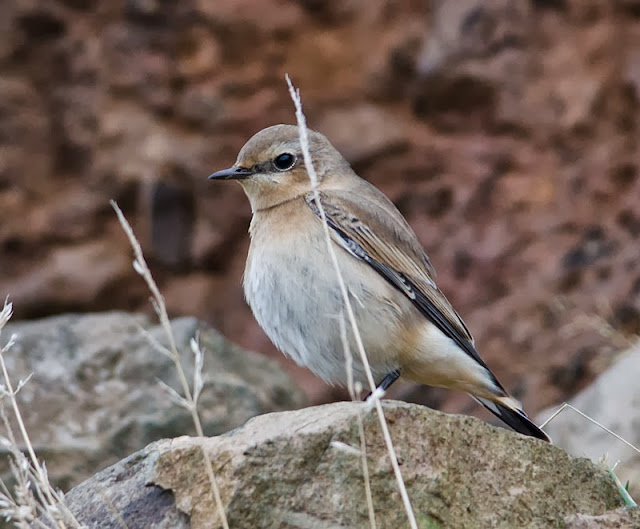 ...and we wondered if we would get some more Otter sightings. We needn't have worried as we found another Otter heading for shore but it was moving off by the time we could see the landing spot.

A nice surprise was the other two Otters that were already on the shore in the same place! 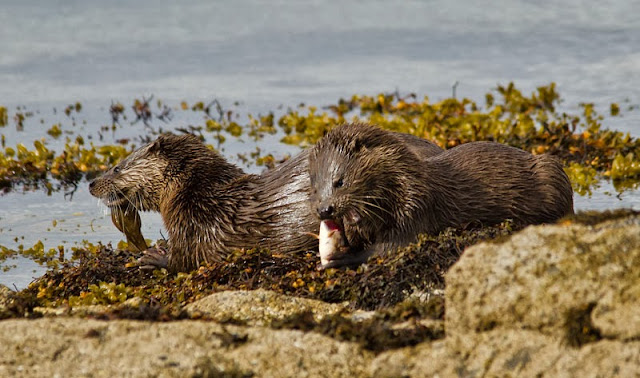 They finished their fish and headed off. 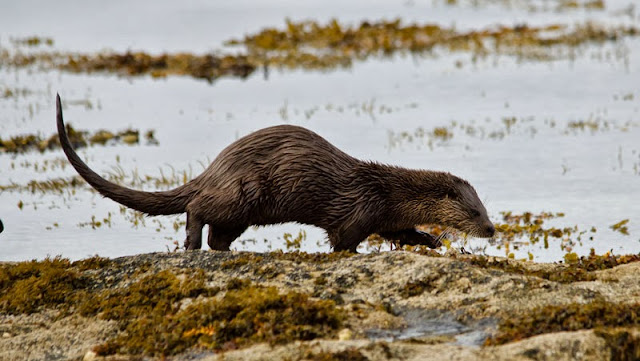 No more good photos after that but we did see Otter number six while we had lunch but we lost it while we watched a WT Eagle soaring overhead. A Bar-tailed Godwit was a good find and a year tick too. 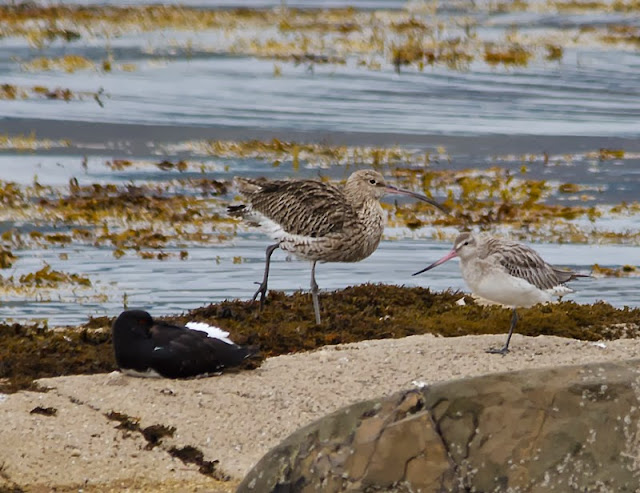 Otter number seven was seen in the afternoon but there was no way to get any closer to that one so a Stonechat was a small consolation! 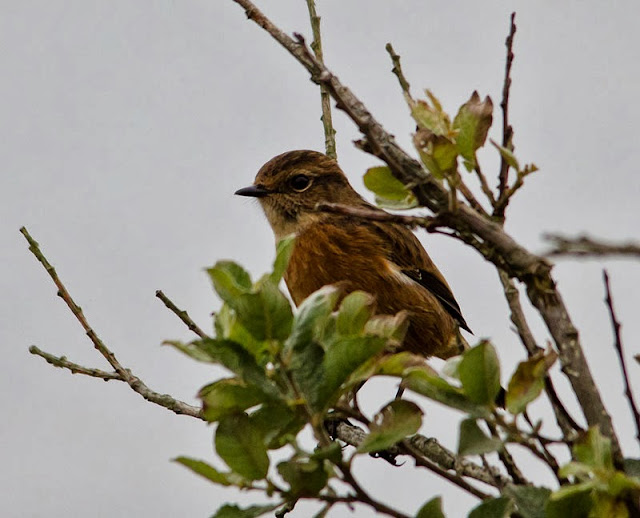 Otter number eight was seen from a distance and despite waiting for about 45 minutes it never got much closer - a great day out though. Thanks, Doc - by the way Doc saw another Otter after he dropped me off.
Posted by Bryan Rains at 09:56