A calm day for a tour was an easy hitter for Otters. We had our first Otter before we set off closely followed by another Otter sighting 10 minutes later! Quite a few Stonechat were seen along the way. 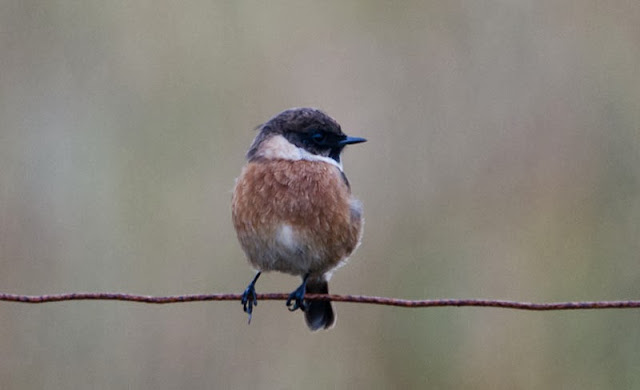 A Dipper was seen when we picked up our third Otter of the morning. 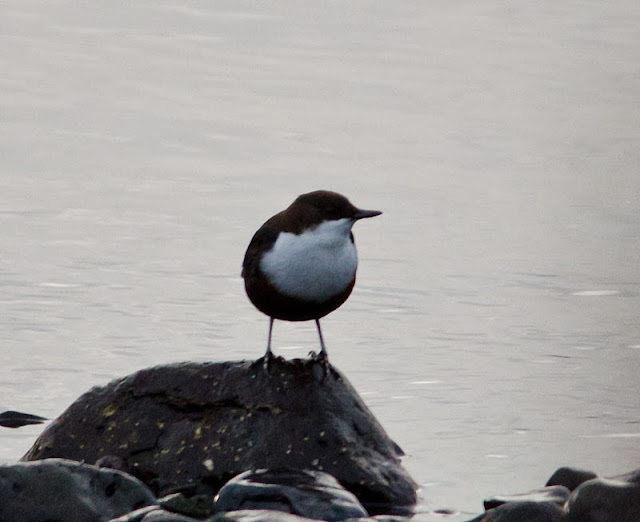 A Black-throated Diver was picked up in the distance so we moved to another position and got good views through the scope. Yellowhammer are not that regular a sighting so a group of four birds were nice to see. 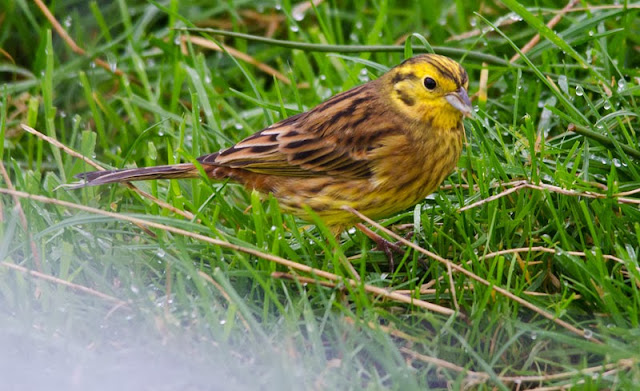 A fourth Otter was seen before we had a close encounter with, what I presume to be, the third Otter. 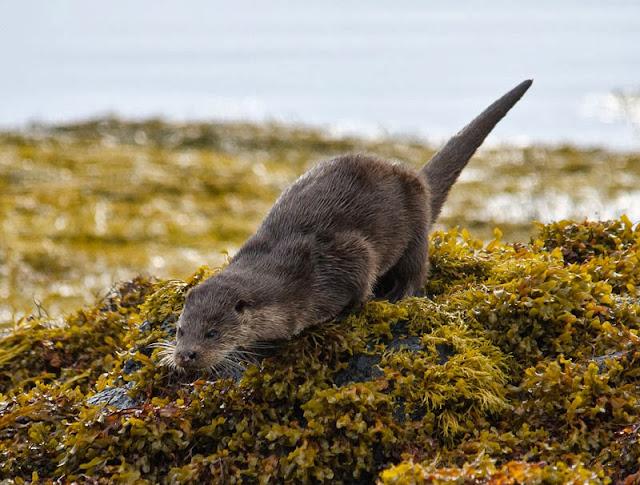 A distant Golden Eagle sitting on a ridge got the afternoon off to a decent start. We moved to another location to have lunch and thought we were going to draw a blank. We watched a Raven flying over and then it seemed to take an interest in something that was out of sight for us. A bit of patient waiting and we saw a Golden Eagle take to the skies. It didn't stay up for too long but then it didn't stay down for too long either! It gave us a good looking over... 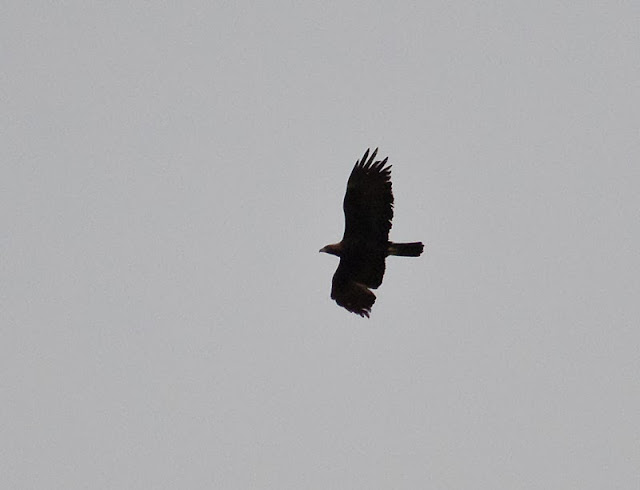 ...before landing on the ridge. 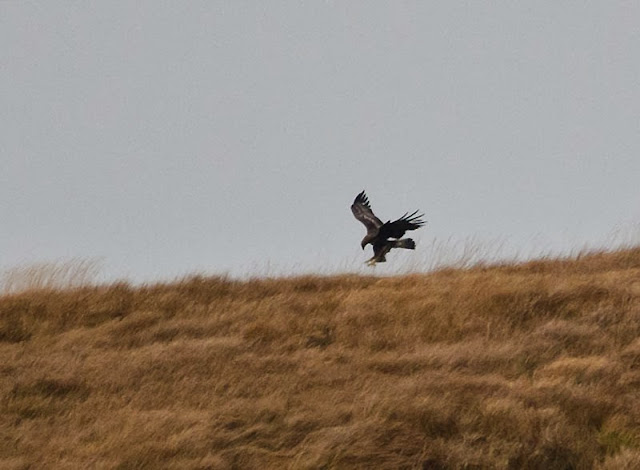 As an afterthought we had a look for an Adder and I was quite surprised to find one on the wet ground. No camera to hand so I missed out on that one. Another two Golden Eagle were seen sitting together and a close encounter with a male Hen Harrier - you can see the grass dangling from the talons as it carried it's prey off. 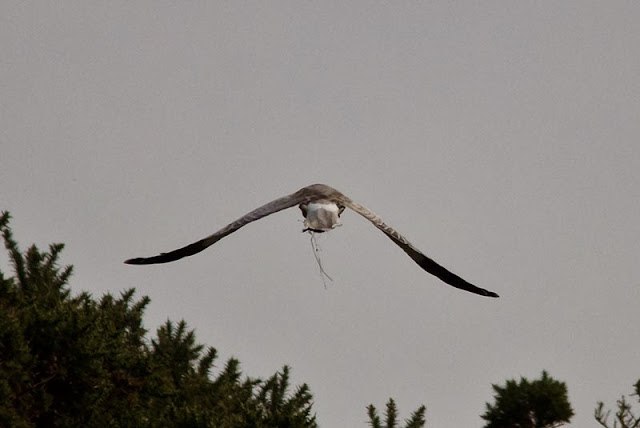 A female Hen Harrier was seen next along with my first sighting of a Greenland White-fronted Goose this autumn. Plenty of Red Deer and a distant Hen Harrier were seen at our last stop. I saw one Otter as I dropped the guests off and another one a couple of hundred yards along the road. 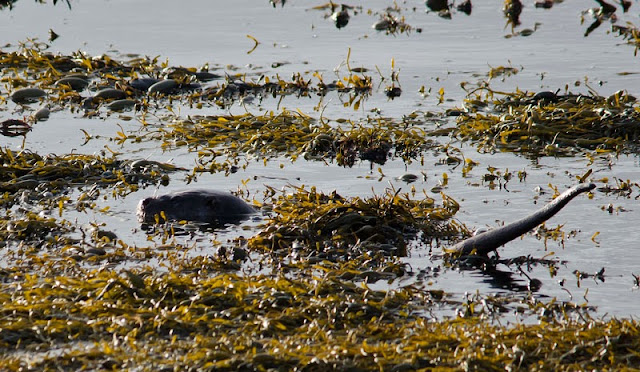 Just around the corner from that and I was following a Hen Harrier along the road. 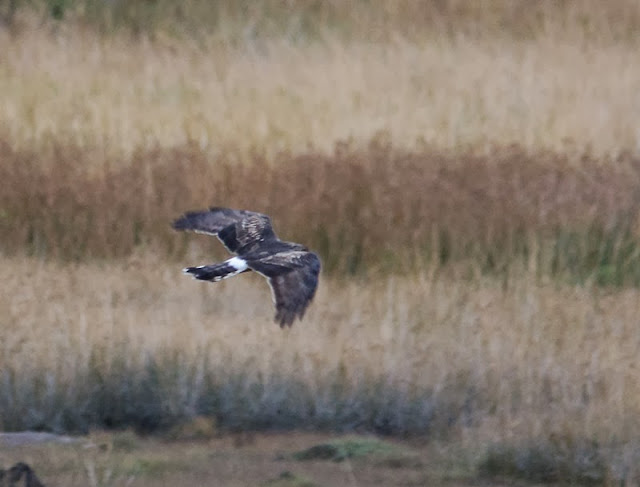