A juvenile Red-backed Shrike had been seen on the island but I hadn't had time to go for it. When Doc turned up on a day off we decided to give it a whirl. We had no idea if it was still there but we were lucky to pick it up as soon as we arrived on site. 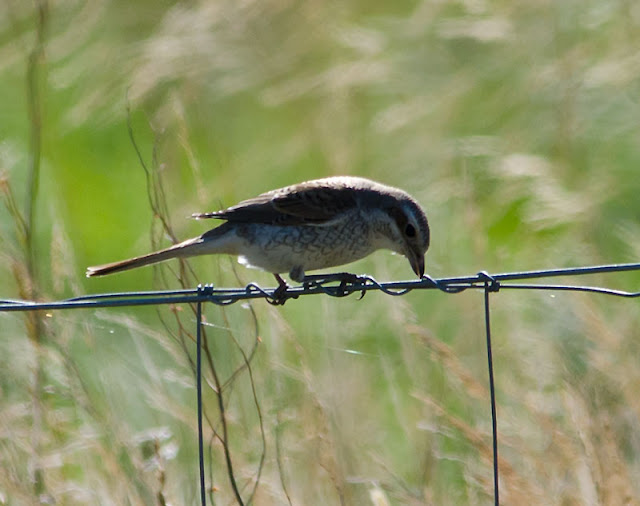 It was ranging around a fair bit and we never got that close to the bird... 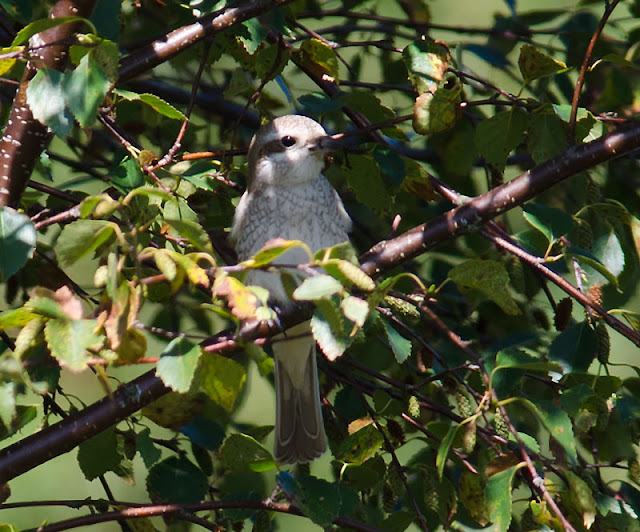 ..but we did get some decent views. 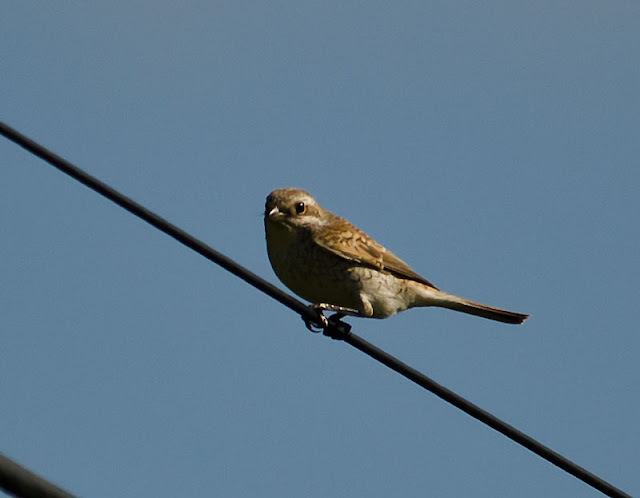 Three Golden Eagles were seen in the same area but we had a decent find on the run back to base when we stopped to look at some Golden Plover with some smaller waders. Most of the smaller waders were Dunlin and Ringed Plover but one bird stood out as something different - a Curlew Sandpiper. 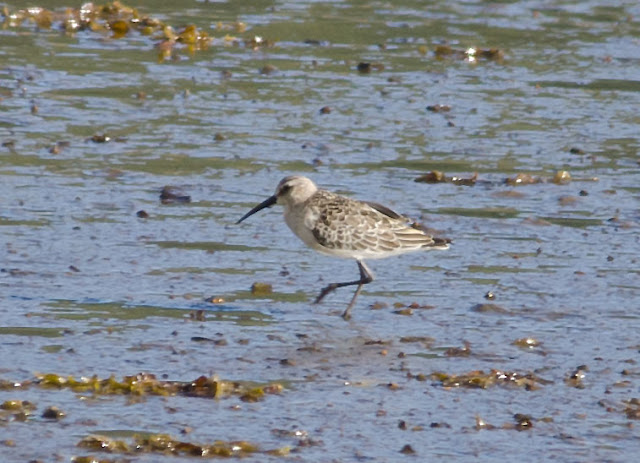 There was no way of getting closer but it was close enough to get a few images. 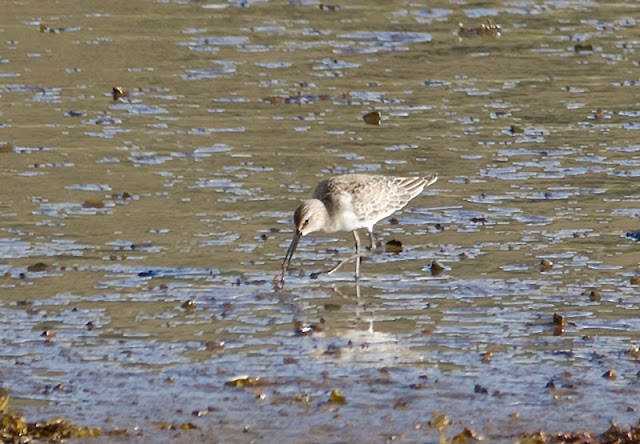 Hi, I run a blog covering Smestow Valley LNR. I have started a nature network to protect our patches and coordinate wildlife surveys. please could you e-mail smestowsightings@gmail.com and I can send you more information. Regards, Chris Millward movingmountains4nature.blogspot.co.uk. Thank you