A nice surprise at the start of this tour - three Goosander roosting on the shore. 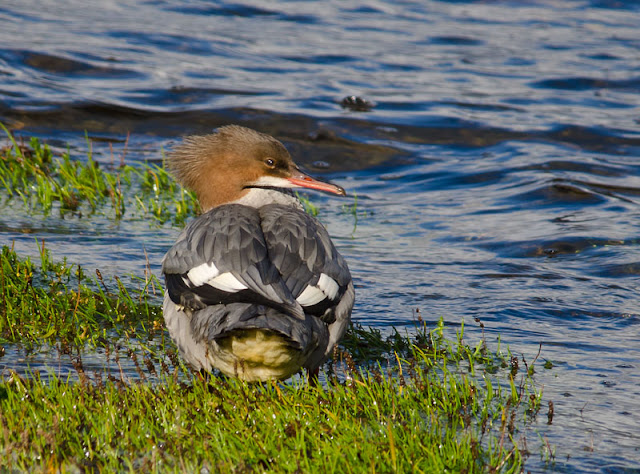 No sign of any WT Eagle on a first look around but we did see two Otters and a cracking Buzzard. 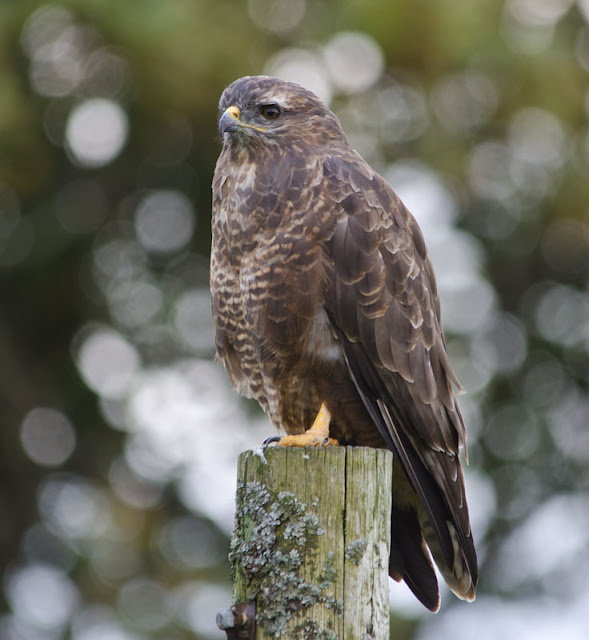 A Grey Heron provided some amusement as peered through the bars on a cattle feeder. 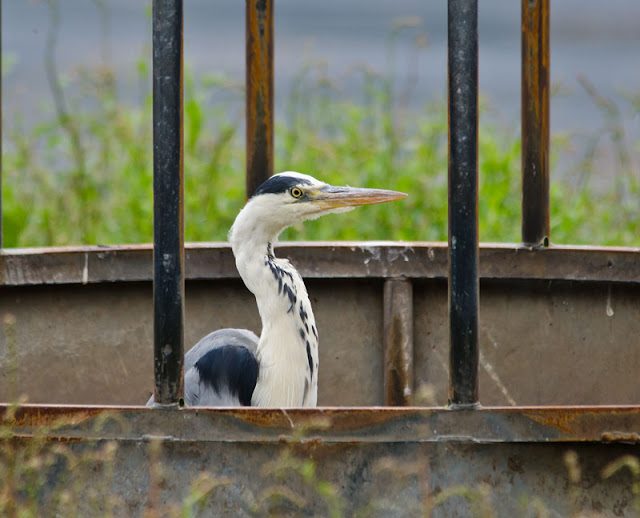 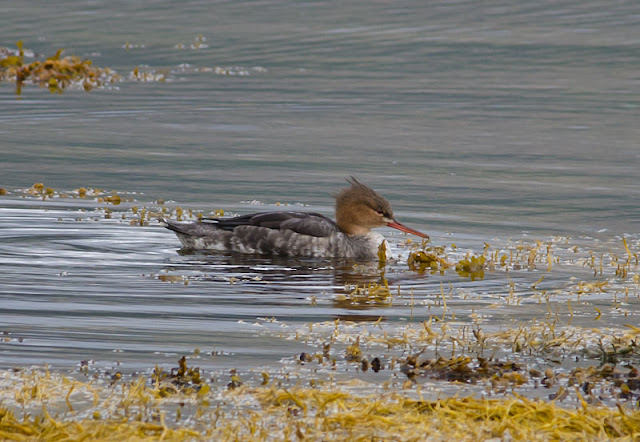 ...and Golden Plover were had before the sighting of the day. 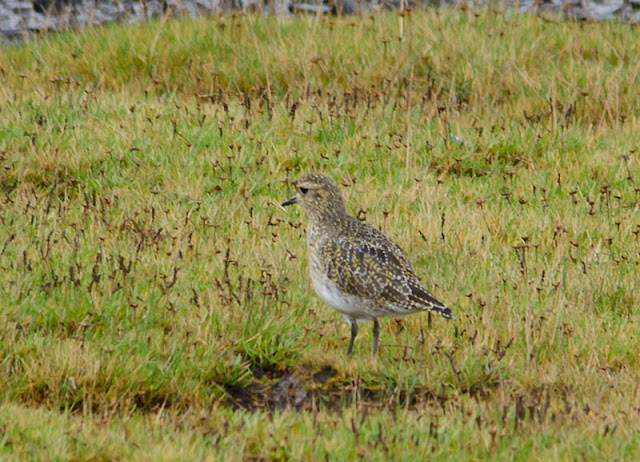 We were heading for lunch when a large raptor was spotted coming towards us, we stopped and jumped out just in time to see a Golden Eagle cruise past. It's mate wasn't too far behind. Obviously we had to follow and maybe we would get a better view. They only started to hunt close to the road - awesome! 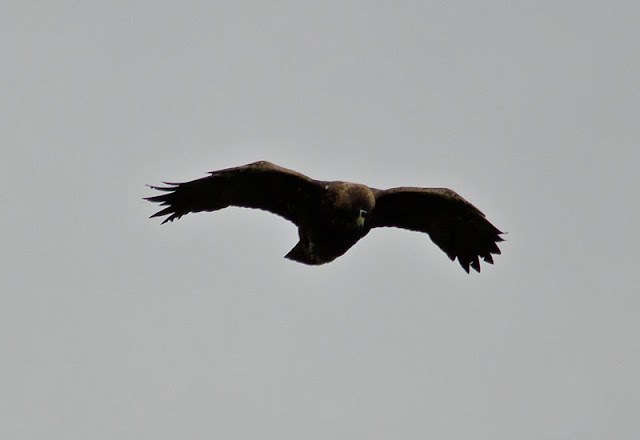 Better again was when one of the birds spotted something on the ground, turned on a pin and plummeted earthwards. 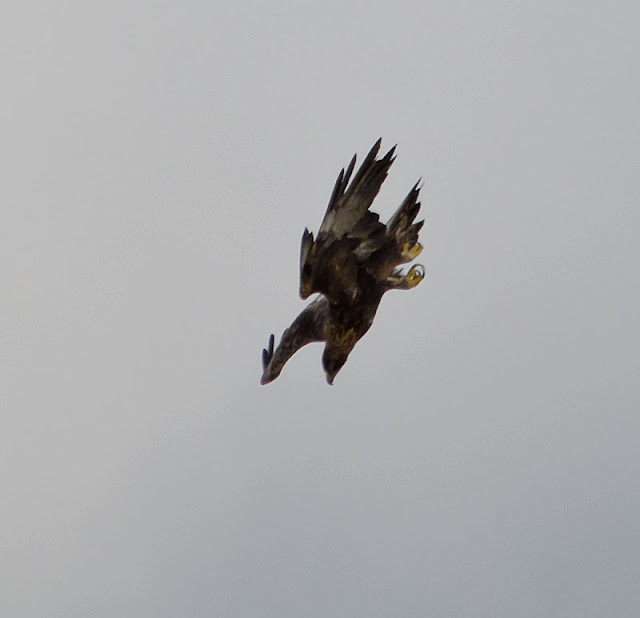 I was mildly disappointed to see that the impressive stoop resulted in nothing. 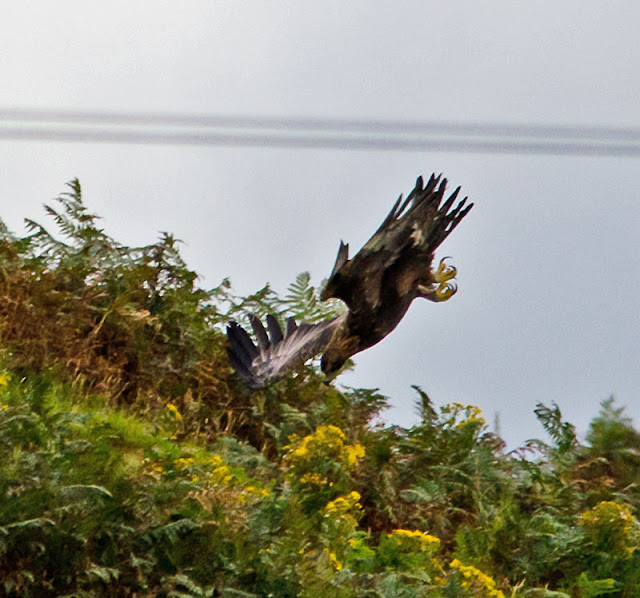 The birds soon moved off but as they headed off our attention was taken up by an adult WT Eagle. We had the bird in flight and on the ground but once again we had the pleasure of watching an eagle hunting. The bird turned in the air and sailed towards it's intended victim - once again this attempt ended in failure. 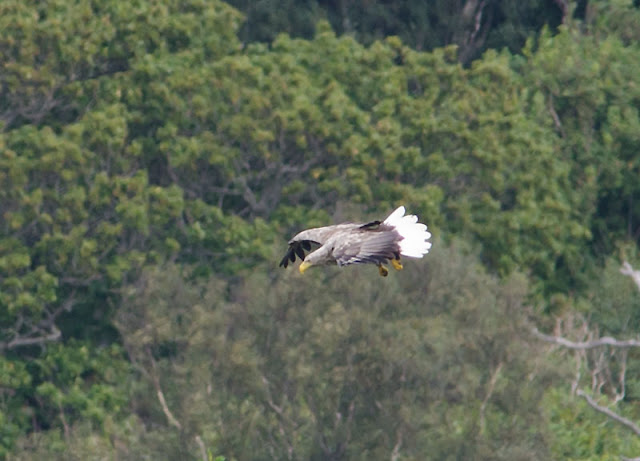 It was all going to be downhill after that - Swallows continue to gather in various places before they head off south. 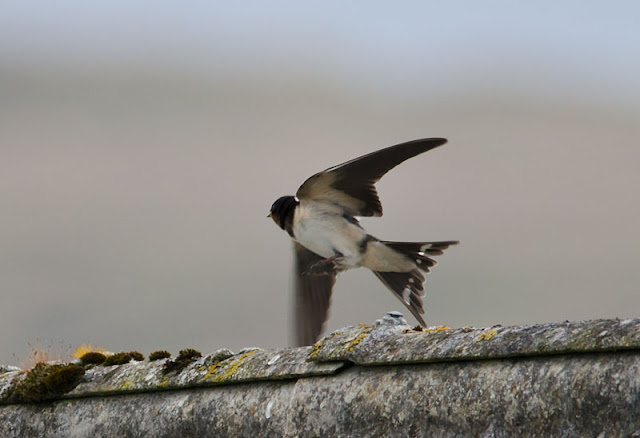 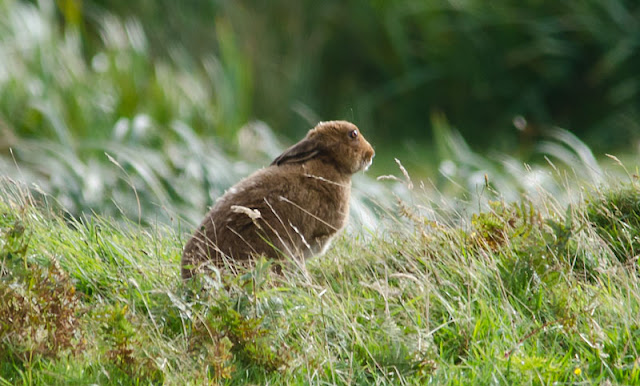 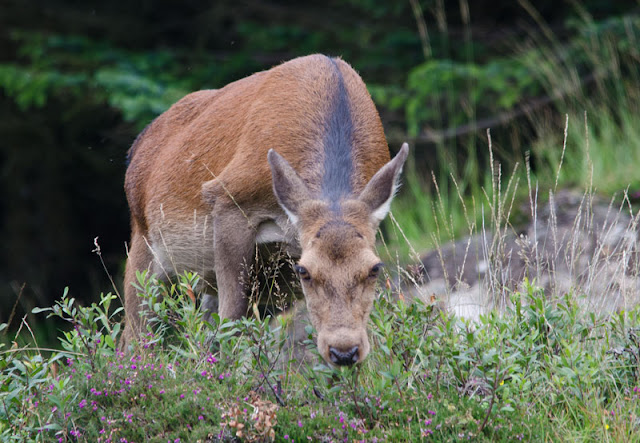 Impressive hunting by the eagles even if they did come up empty-taloned!