Not too many photos taken for this one but still a good day out. Cracking views of the pale Buzzard as it was hovering at the road side. 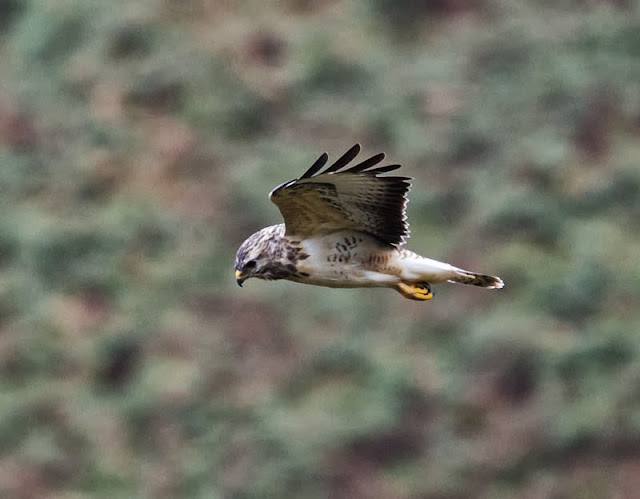 A couple of Turnstone were seen with the other waders.A Dipper was flying along the river as both of the adult WT Eagles were perched up in the conifers close by. 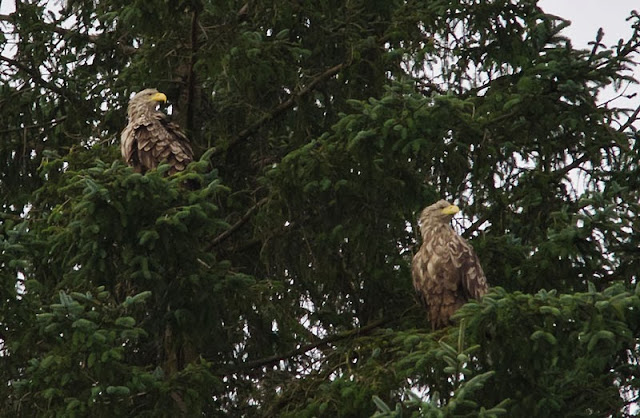 Cracking views of an Otter were had... 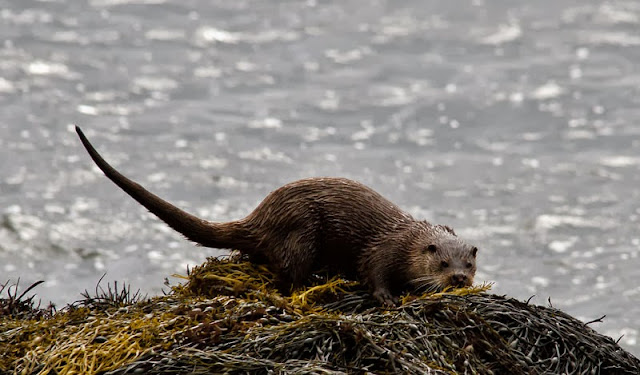 ...and there were plenty of Red Deer were on show while we watched a distant Golden Eagle. Another two Golden Eagle were seen at closer range and a single Adder was still on view.
Posted by Bryan Rains at 13:00

Nice shots, Bryan. I wonder what the 2 eagles were looking at so intently?