A trip out with Doc, in icy conditions, for another squint at the Waxwings. No sign of any birds at all on arrival and walking the road was treacherous to say the least. A brief call from a Fieldfare was the best we could do. While wandering back to the car a small flock of Fieldfare appeared and the numbers kept building and a single Waxwing landed in a conifer - lots of dithering later we got about six birds in good light. It took a bit more dithering to get a closer look which paid off. They look good with the crest up... 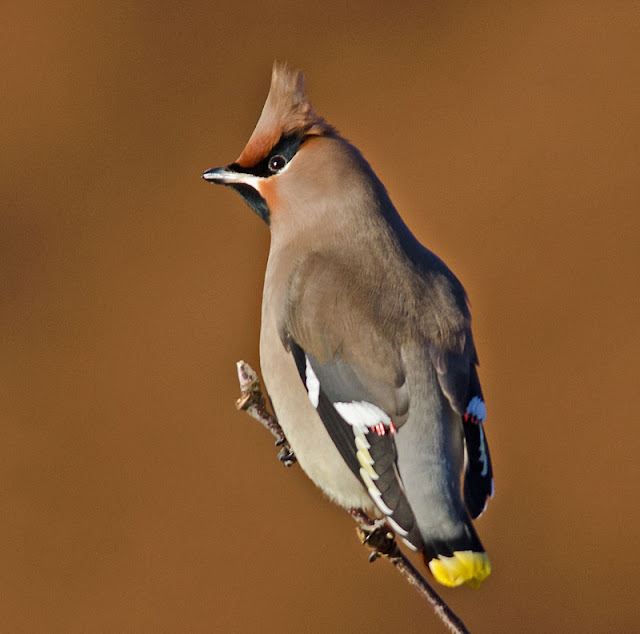 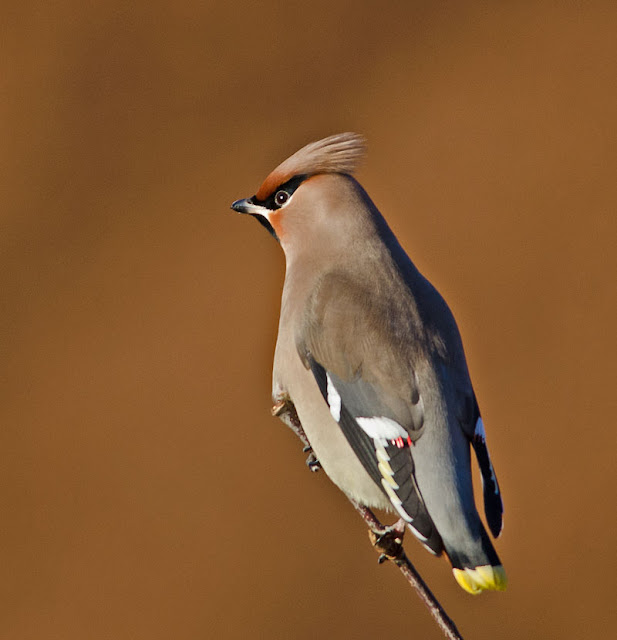 ...or just blowing in the wind. 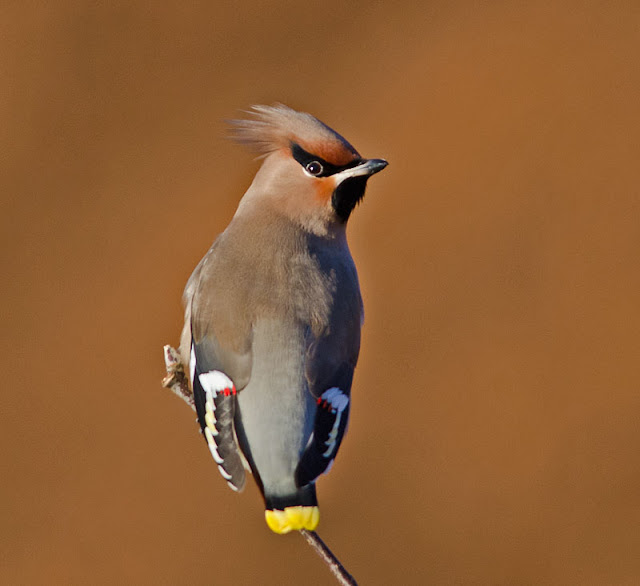 The Fieldfare are bit more skittish but with plenty of berries to feed on, there were plenty of birds... 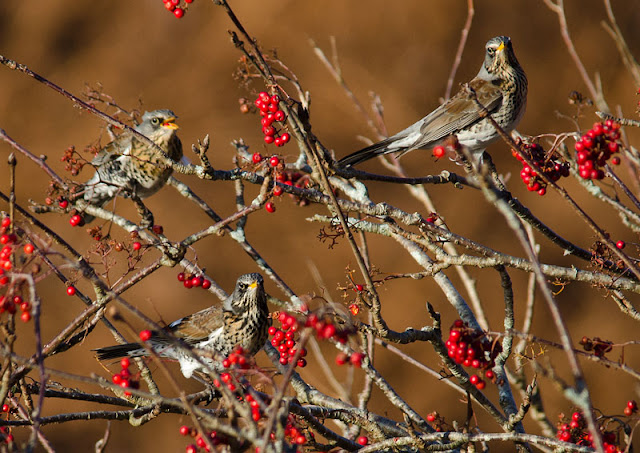 ...and the odd close one for good measure. 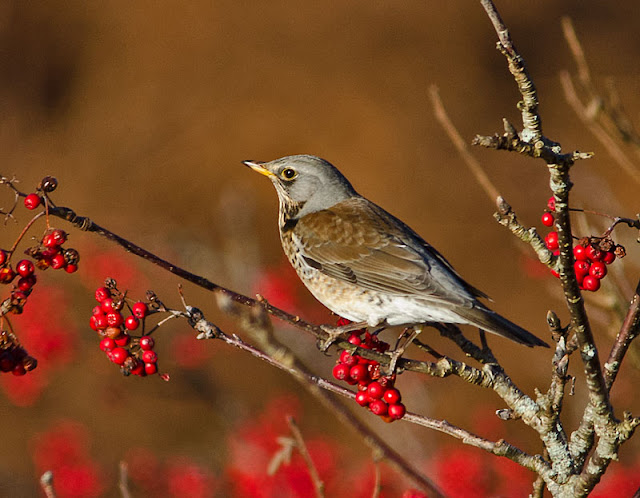 They look really good head on. 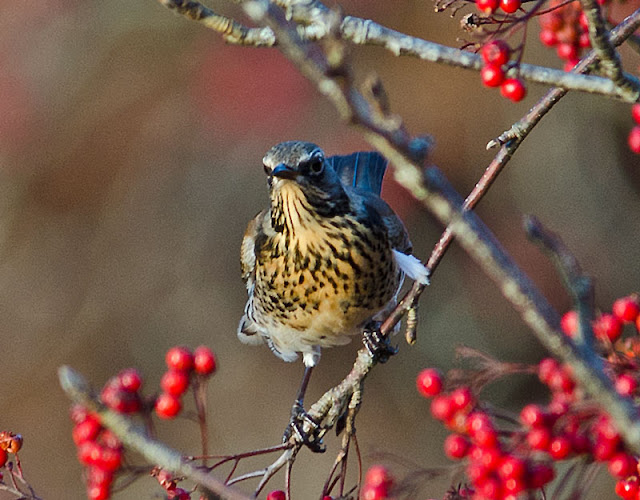 Wouldn't you just sit a bit closer to your breakfast? Good pose though. 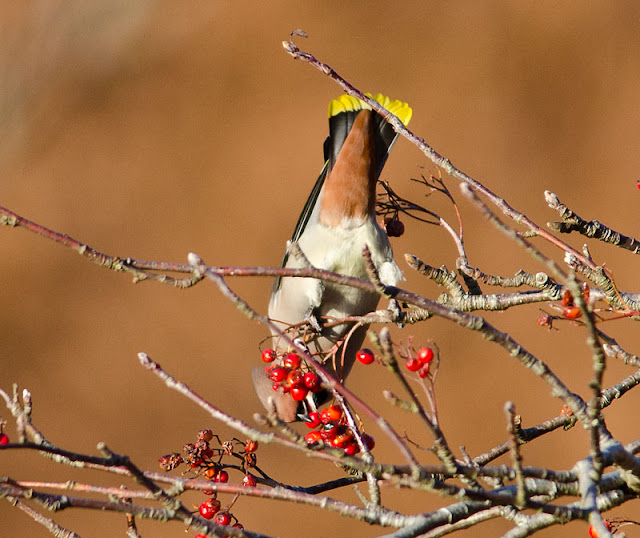 You can't have too many photos of Waxwings! 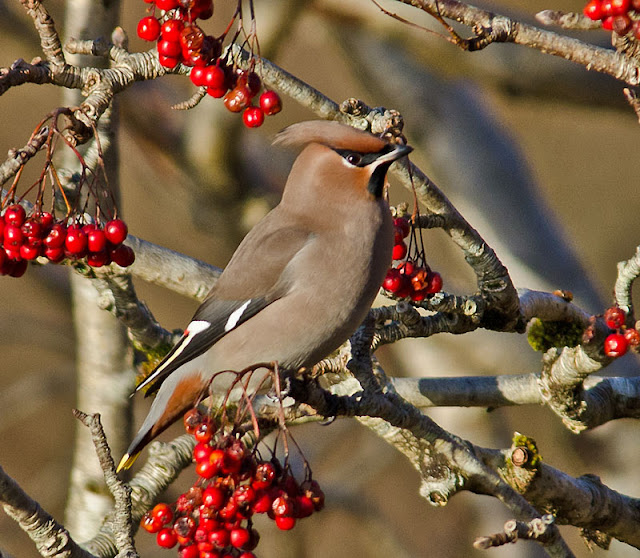 The birds were never on the trees for too long so you got a good idea of what was there - only two Redwings in the flock. 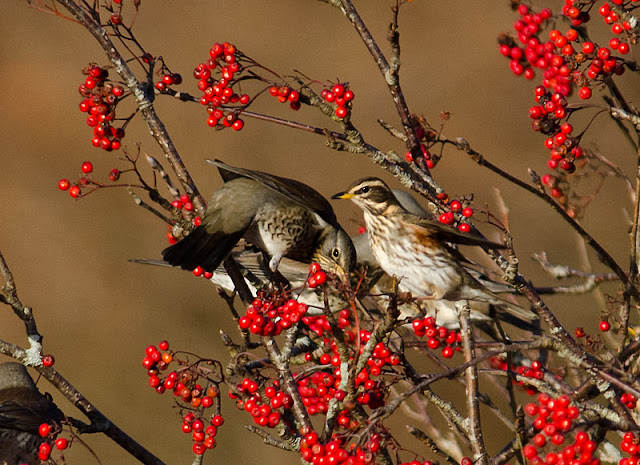 This Buzzard managed to get all the birds in the air just as we were leaving. 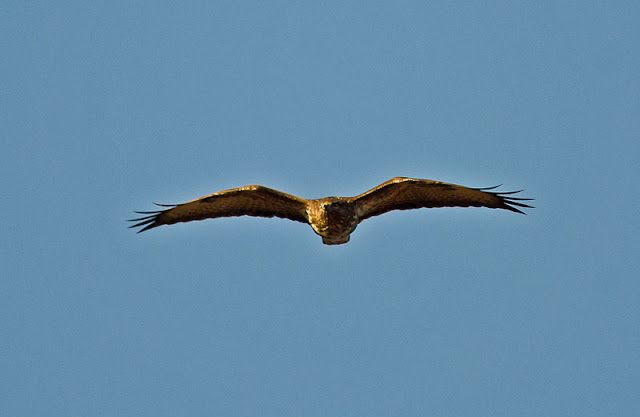 We managed to see four Otters, two Sparrowhawk, White-tailed Eagle, but only an obliging Buzzard was worth hanging around for. 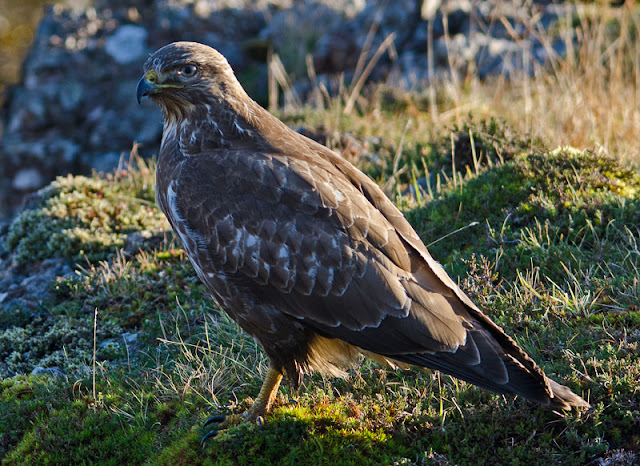 With the light fading at the end of the day we watched a couple of Hen Harrier but the small flock of Reed Bunting were just as good. 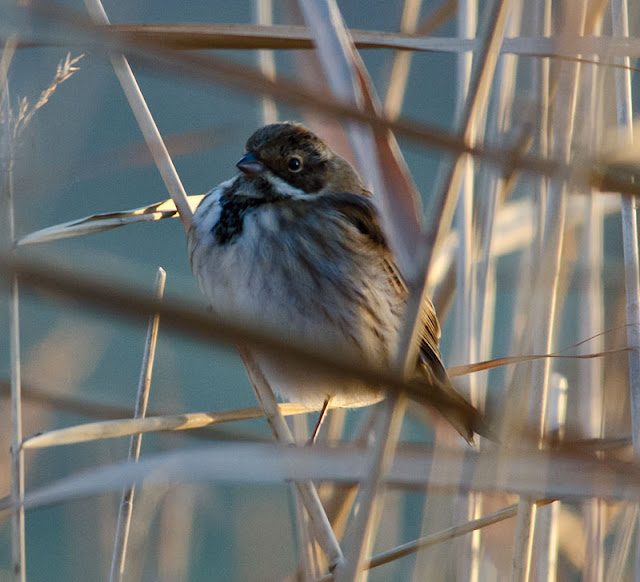 Awesome pics of the Waxies Bryan. Really hope they're still around in a couple of weeks time!