The WT Eagle youngsters may be capable of good flights now but you can see the results of at least one crash landing with, what looks like, a snapped seconday feather. 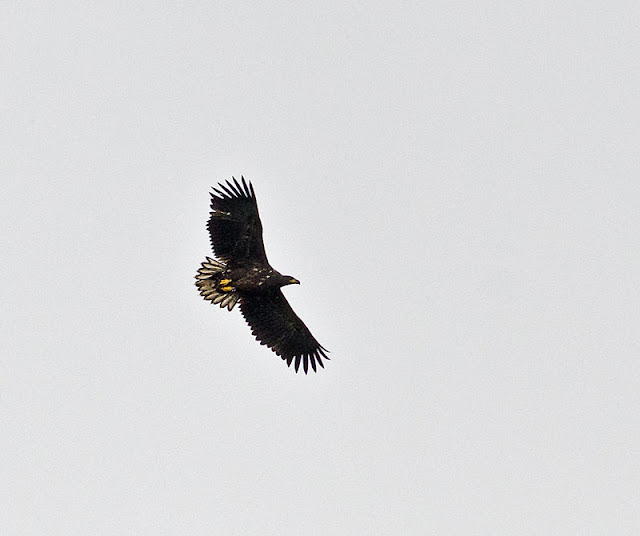 A Black Guillemot was a nice find but we soon lost that as two Hen Harrier came over. The first one was doing a bit of leg stretching... 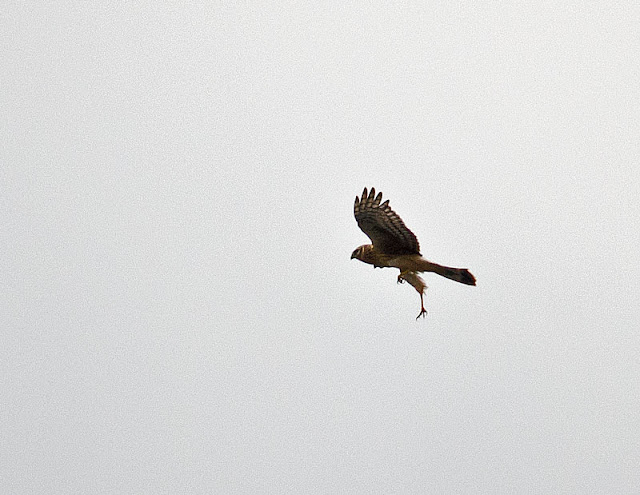 ...while the other was trying to impersonate a Kite with it's forked tail! 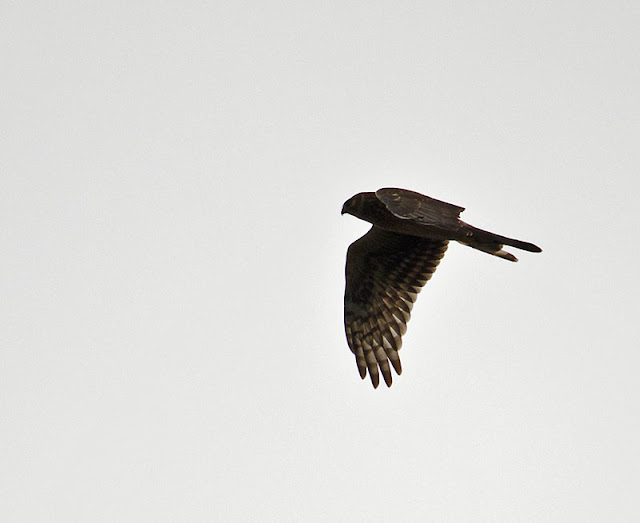 The weather was the usual stunning but Ben More still had a scarf on;-)

We stood around admiring the views but there was little else to look at. A Kestrel put in an appearance as we were about to leave so we gave it a bit more time. A Golden Eagle appeared from behind the Kestrel and headed towards us, the advance stopped right above us and there it stayed! It looked a bit like this. 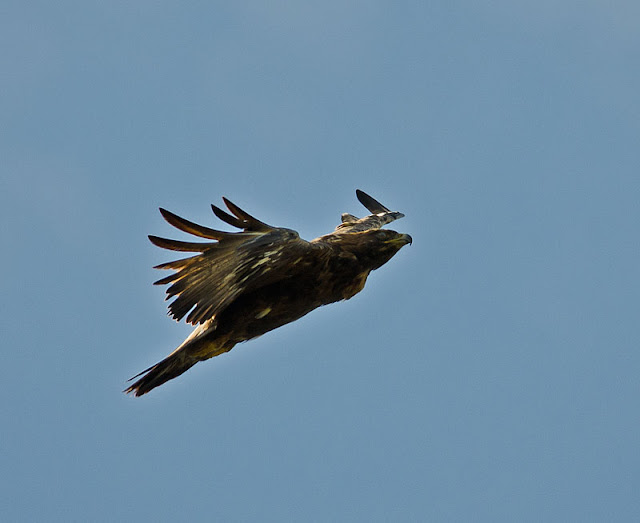 Getting views like that kind of spoils your day because you know you won't get any better! The grins stayed in place for the rest of the day and the Adders, Yellowhammer... 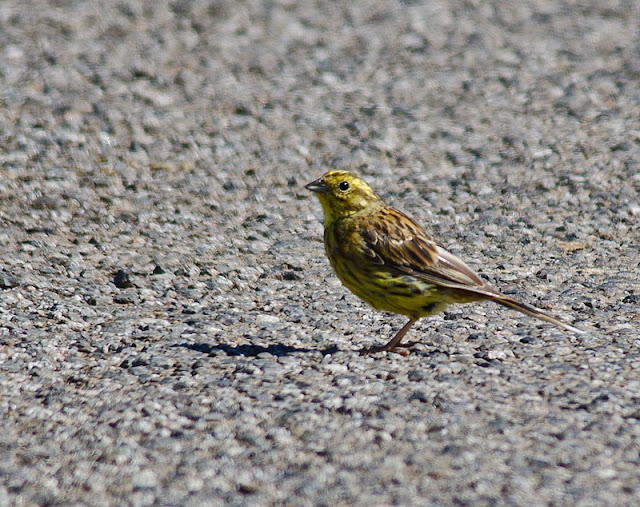 ...Whinchat, Linnet, Wheatear and Mountain Hare all helped to make up a cracking day. 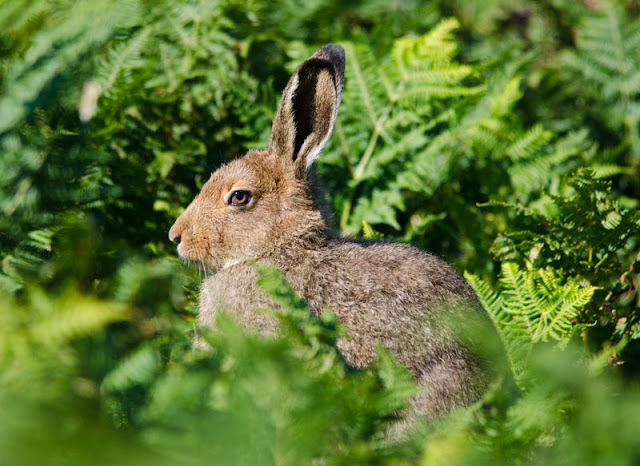 The following day couldn't have been any different as far as views were concerned. We had a fly past Hen Harrier and the same for RT Diver. A single WT Eagle was on view but no action so we had to be happy with a Buzzard on a pole. 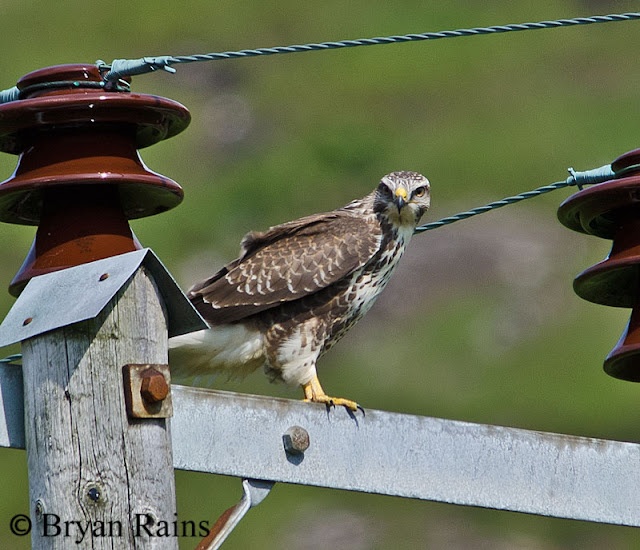 Three RT Diver showed well while an Otter swam around behind them. The Golden Eagle we saw was brief and distant but we had a good showing of Adders. 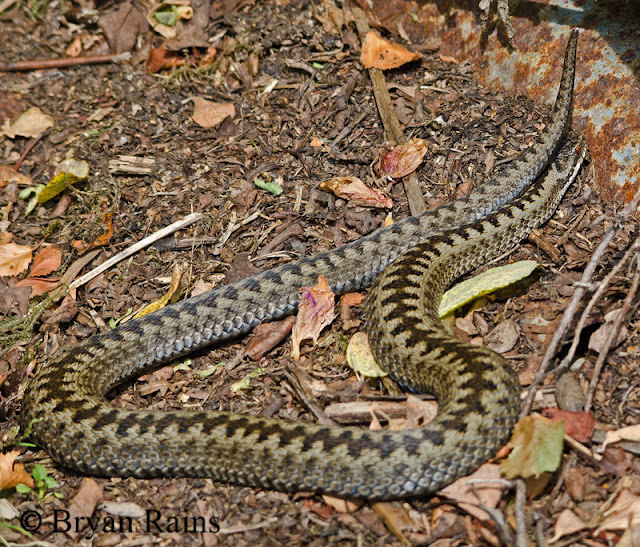 It's well seen that every day is different but there is always something good. A Common Lizard sunning itself was the last thing to be photographed. 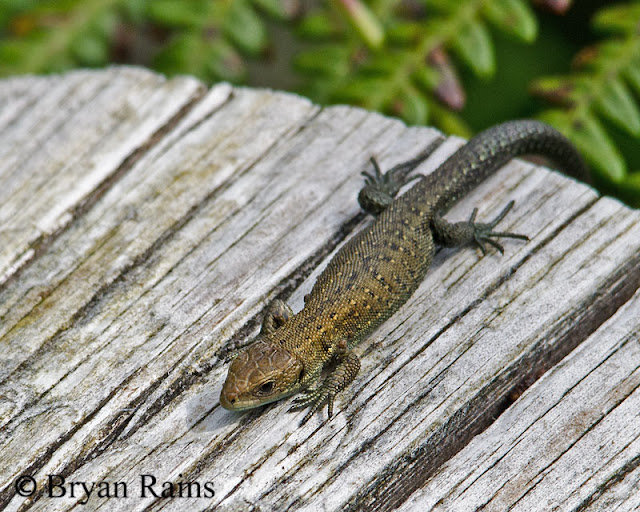 He's a very lovely buzzard on a pole though!