Snake in the grass

Friday was another day of good weather but we need rain now. Most of the water supplies are starting to dry up now but I'm sure that Wimbledon will save the day and instigate some of the wet stuff. It was a bit of a quiet day to start with as there was a brisk Northerly keeping things down. We'd seen Mountain Hare, Redshank and assorted small birds in the morning and some fresh Dark Green Fritillary... 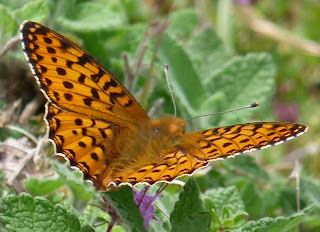 ...before we picked up a WT Eagle in the distance. We watched the bird circle round and it eventually flew straight past us. 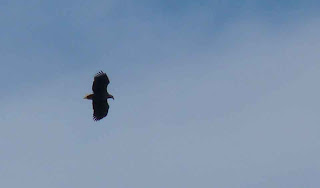 We checked out a great deal of flowers and plants along the way too with Sundew, Butterwort, Northern Marsh Orchid, Wild Thyme, Fragrant Orchid and Bog Myrtle etc photographed, sniffed or closely watched for Butterflies. Cracking views of an Otter were had as we watched this one fishing for about 15 minutes before he came ashore. 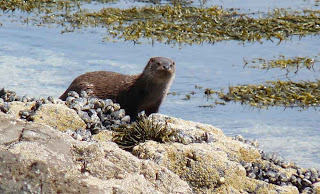 More Orchids were viewed while we waited for the Golden Eagle to put in an appearance. A cracking day all round though.
Saturday I had the day off in fine weather but the Northerly wind was still blowing. I had a quick trip out in the afternoon and managed to get a nice picture of a Pied Wagtail with food. 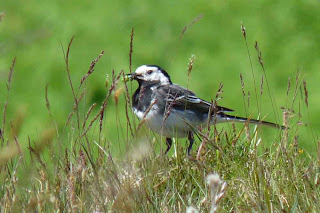 On Sunday the weather started off fairly reasonable but the cloud cover came in and we even had a bit of drizzle in the afternoon! With the guests on board we headed out and it wasn't long before we were viewing two Otters - not a bad start to the day! A female Hen Harrier was seen being harassed by a Hooded Crow as the Otters moved off. Another mile down the road and we were watching our third Otter but he was a bit distant so we headed off to see the WT Eagle with the idea of returning later for better views. No sign of any WT Eagle except the youngster at the nest but one of the birds was located at a distance. Back to the Otter again and we were fortunate enough to arrive just as he was clambering ashore - cracking stuff! Common Sandpipers were perched up along the shore at frequent intervals so I had to capture the moment. Our next stop for Golden Eagle produced a first for me in the shape of a Marsh Fritillary. 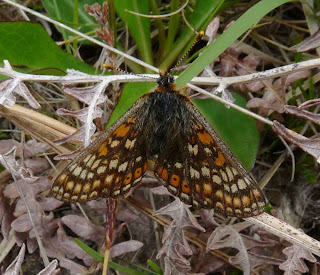 The Golden Eagles performed well with bird seen in flight and perched up. Lunch was a quite affair bird wise but a snake in the grass was a good find with this Adder showing well. 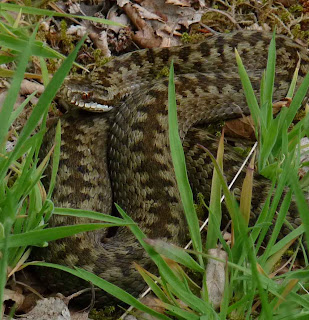 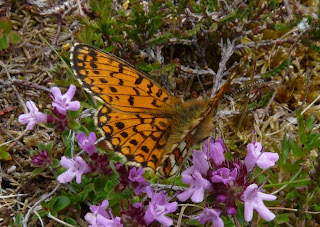 While watching a family party of Whinchat we picked up a Red-throated Diver calling, another Otter and a male Hen Harrier! The waders performed well with the Redshank being the pick of the bunch... 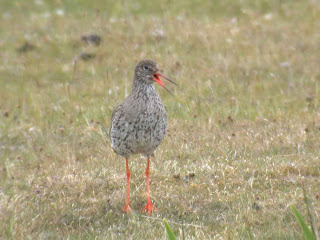 ...but Snipe, Dunlin, Ringed Plover, Oystercatcher and Lapwing all added to the interest. 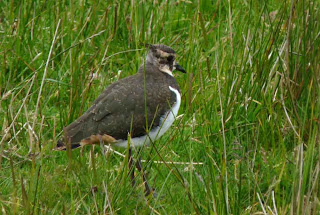 Our run back through produced a couple of highlights too with our fifth Otter of the day, a cracking Red Deer stag and superb views of this WT Eagle. 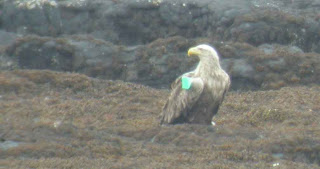 Another peach of a day!
Posted by Bryan Rains at 09:32