There were 4 Crossbills hanging around the shop in the morning. I could hear a bird singing but I couldn't see it until I looked through the binoculars. You can see the open beak as it lets fly with another burst of song. 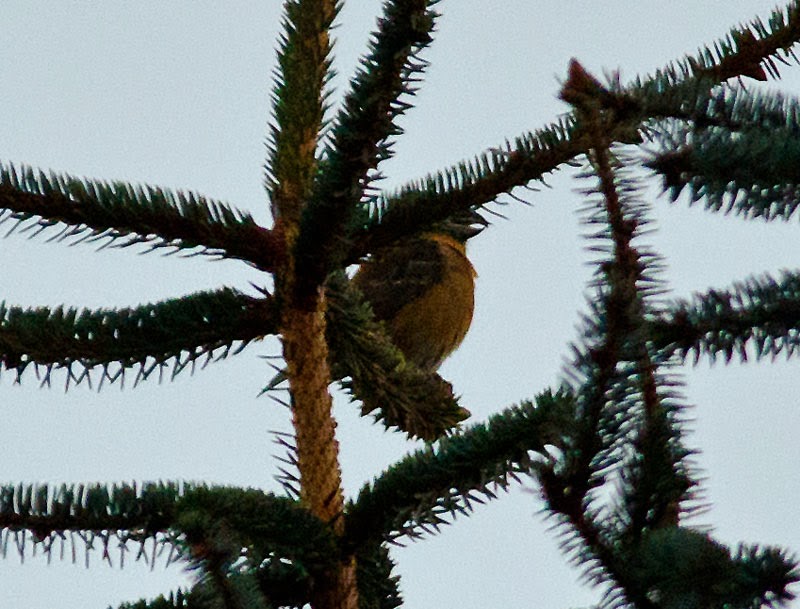 I nipped out for an hour in the morning and picked up a few year ticks - Pheasant, Stonechat, Black-headed Gull - but best of all was a White-tailed Eagle perched in a conifer. 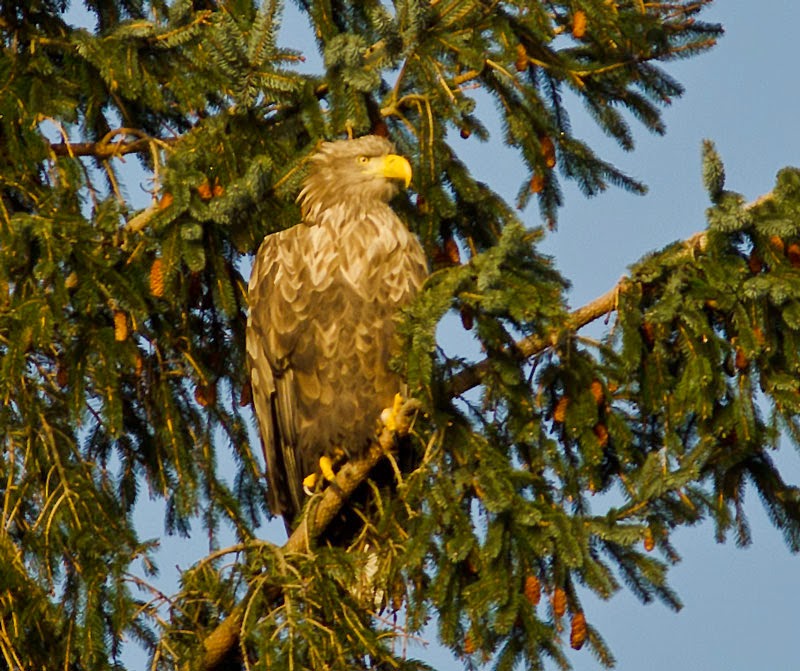 It was a spectacular sight when it took off and put all the gulls up. 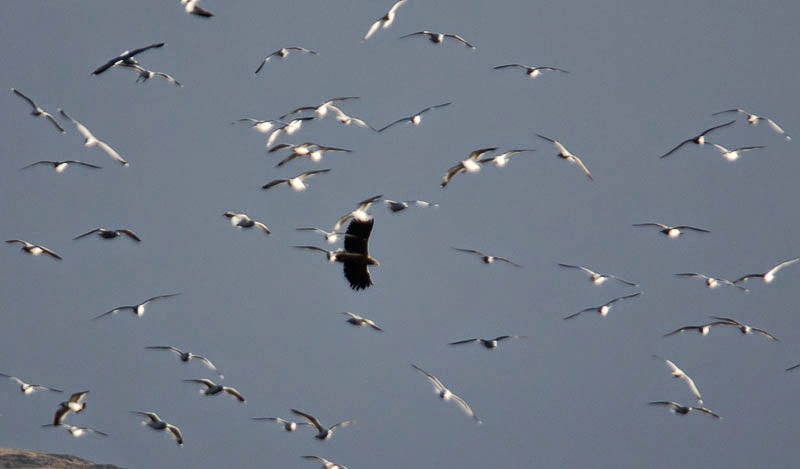 I had a quick look through the crowd of gulls and picked up a bird with white wings! I followed the bird until it landed then set off in pursuit. It was nice to find this bird still on the shore - a cracking Iceland Gull. 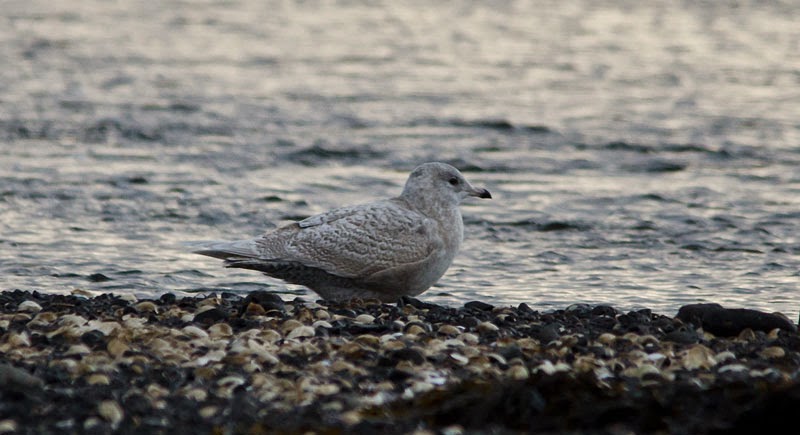 Nice find Brian and great shots! Hope you guys are alright up there!