A bit of a damp start gave us some superb views of a very shaggy Raven - it's the new look, you know! 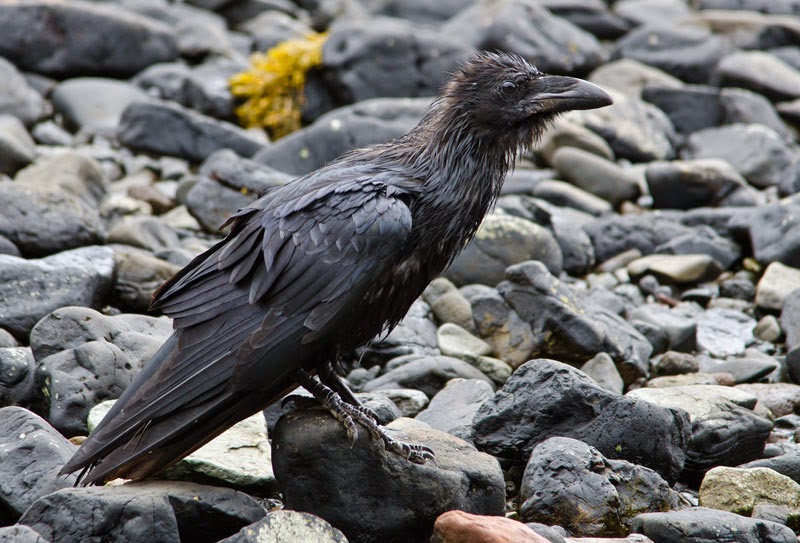 As the migrant birds head back to Africa the numbers dwindle for us so it was nice to come across a couple of Common Sandpipers - this will probably be my last photograph of this species until next year. 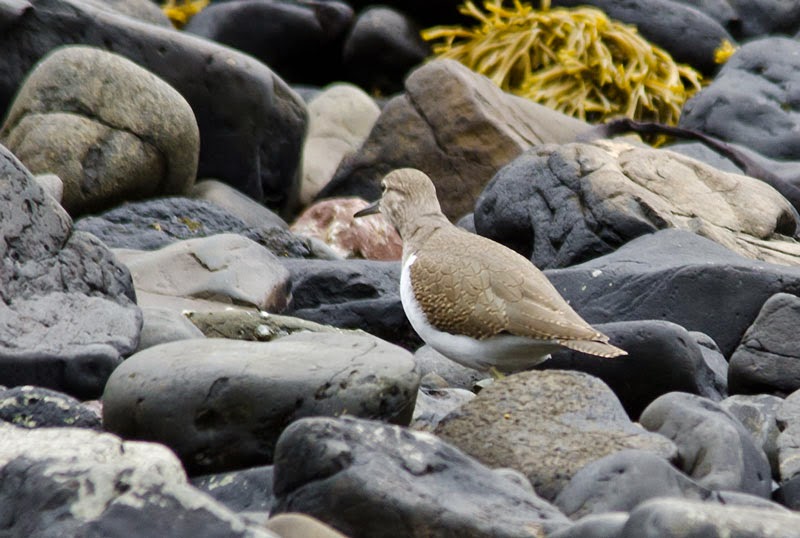 An Otter had been seen making it's way along the shore under the seaweed but it eventually hauled out on the rocks so we could get a better view. One of the adult WT Eagles was perched up in a conifer... 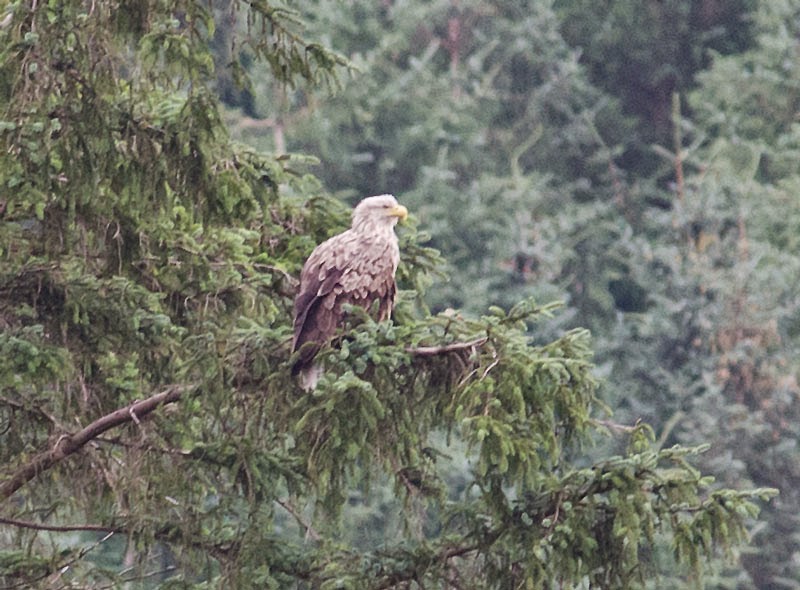 ...while the youngster had finally fledged and was perched up not too far away. 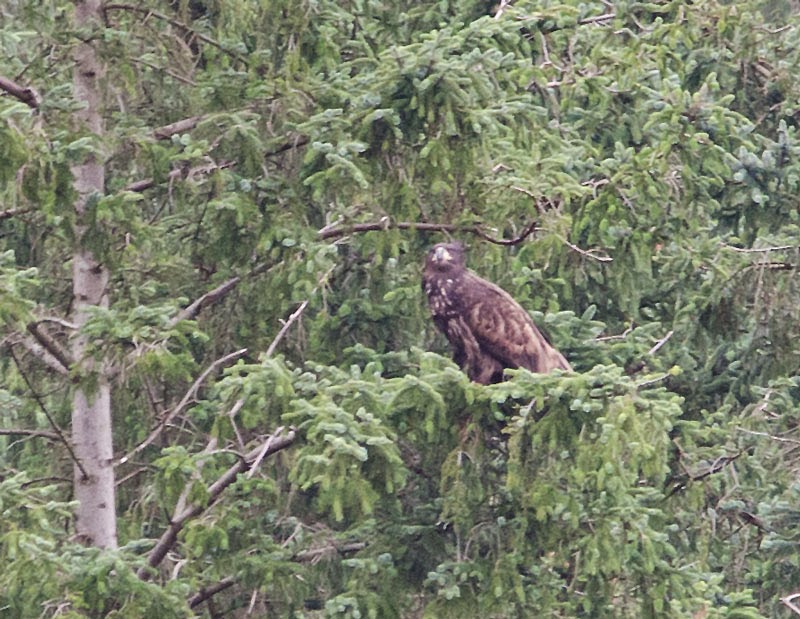 A couple of birds that were seen to dive looked quite interesting so we hauled over and jumped out to find a couple of very smart looking Red-throated Divers - stunning! 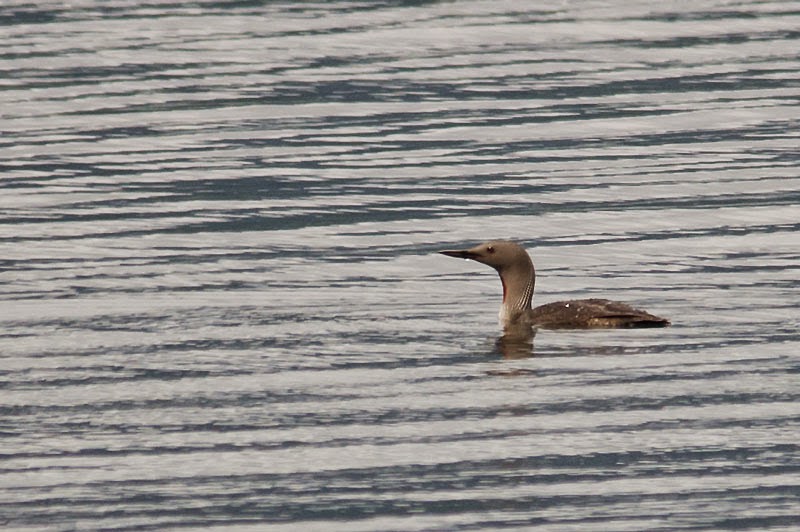 A couple of Golden Eagles were found hunting the hillside. We watched one of the birds drop to the ground and when it took flight again it was carrying an Adder in it's beak! 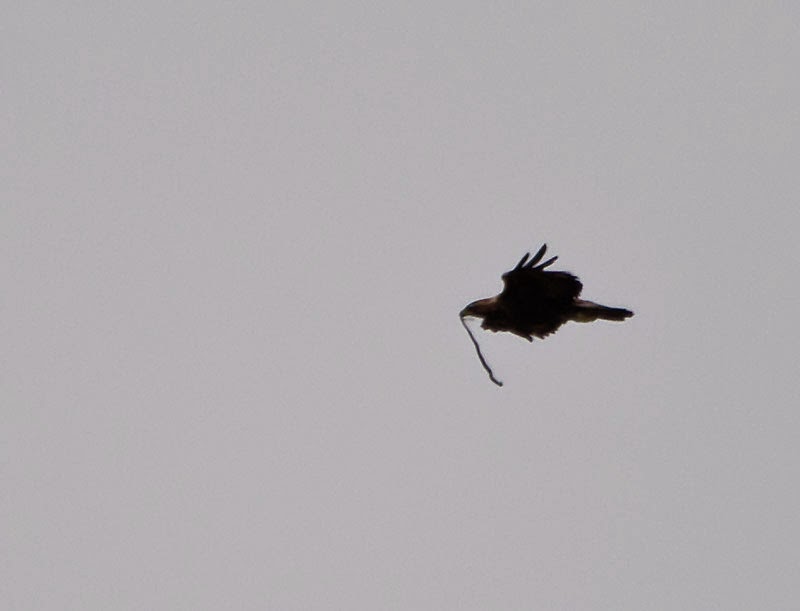 After the Adder was demolished both birds flew around together - an impressive display. 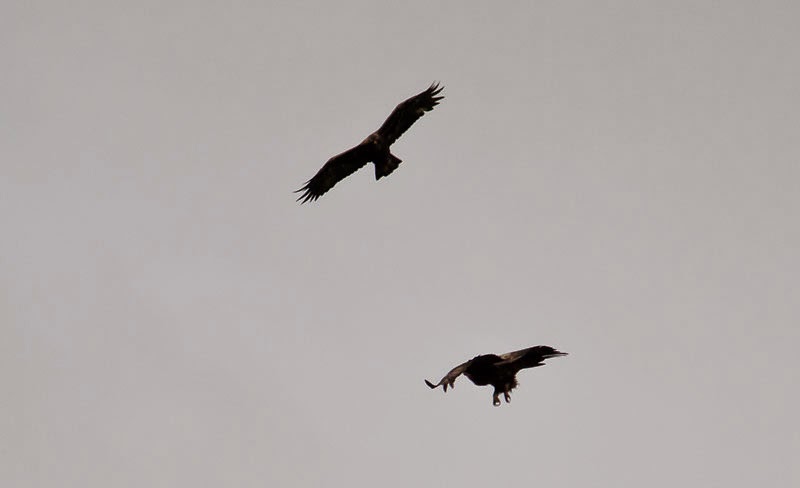 A stop for ice cream proved useful as one of the guests picked up a Hen Harrier on the hunt. Nice views too. 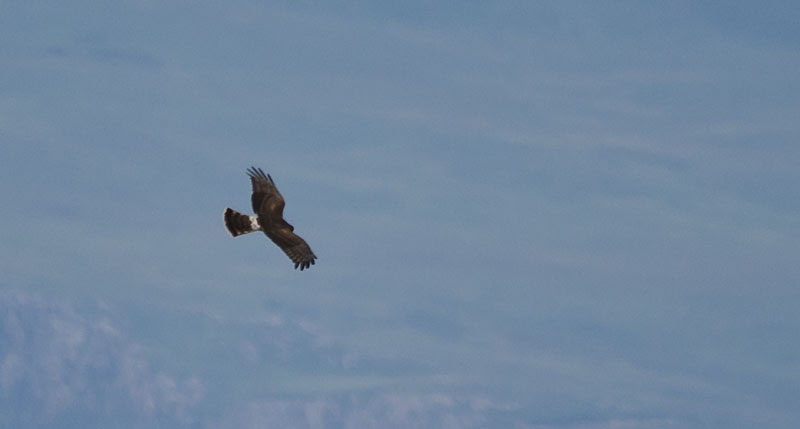 Mountain Hare and Adder were seen at our last stop but the one that stole the show was the Dunlin in the stream. 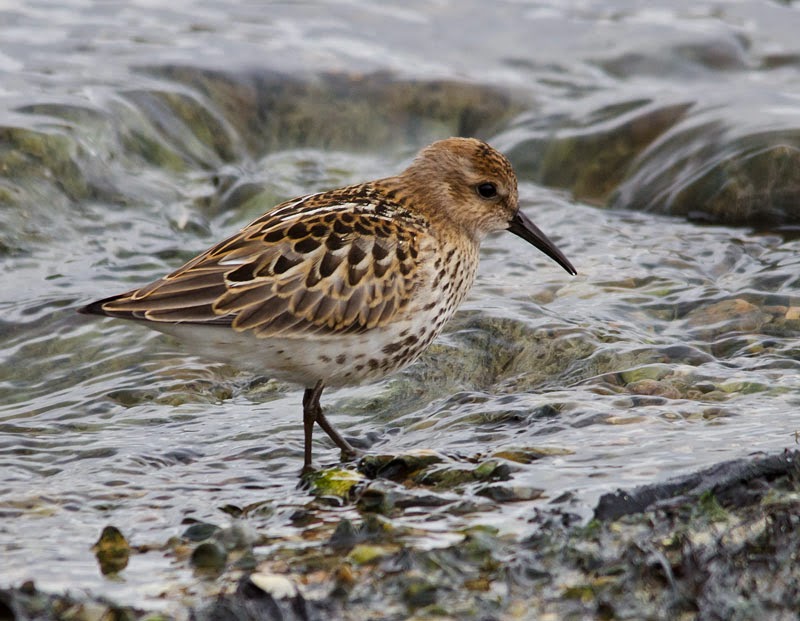