Another three days without the internet and a lost weekend means there has been no update to the blog but you haven't missed anything! I managed to get some, slightly, better photos of the Black-throated Diver.... 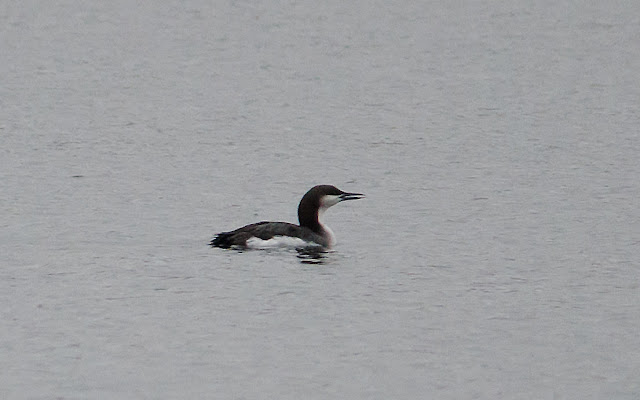 ...and another attempt at the Red-breasted Merganser - I don't think I'll ever get a good shot of these. 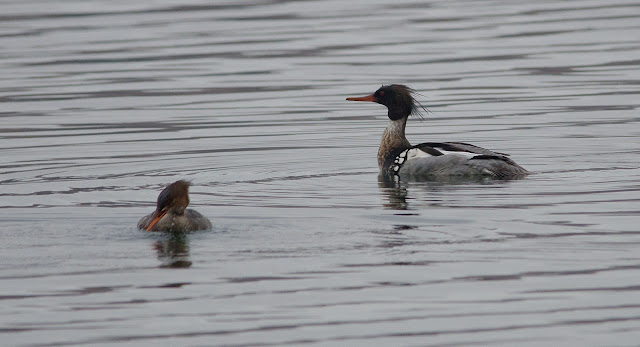 The small waders eventually started to come back on Wednesday when I picked up one Ringed Plover and two Turnstone but it was another couple of days before more birds reappeared. Thursday I clocked my first Sparrowhawk and Dipper of the year plus had another sighting of one of the Iceland Gulls. No photographs of any of them so a Shag will have to do. 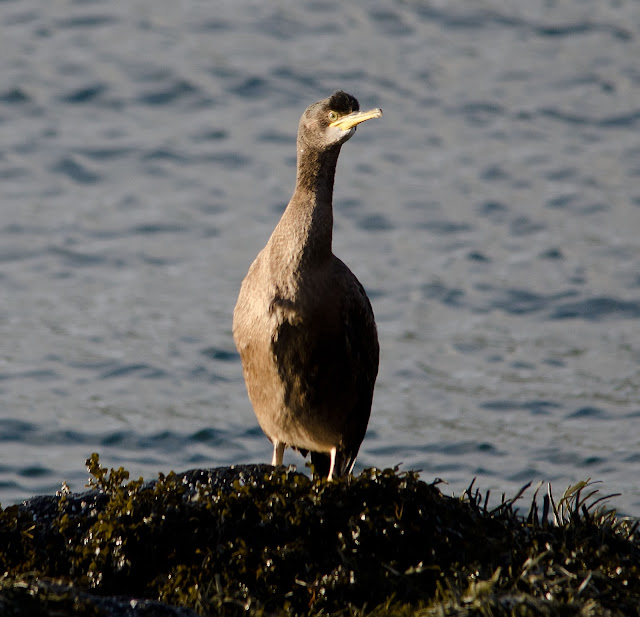 Friday was a decent day with distant views of Hen Harrier, Golden Eagle, two Otters and a couple of Stonechat that kept just out of camera range. Things improved in the afternoon with a cracking Otter... 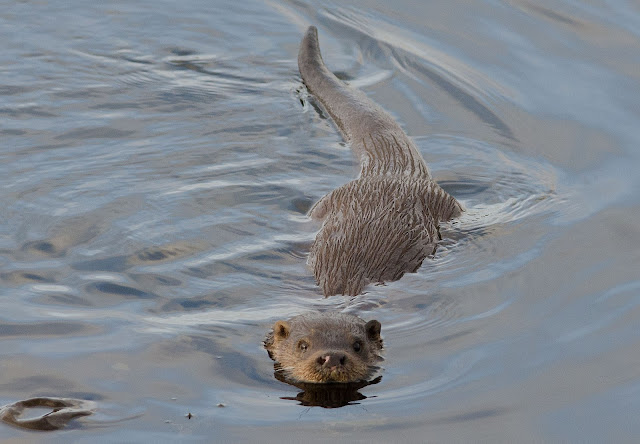 ...and the return of the Purple Sandpiper, a Dunlin, a couple of Lapwing and three Greenshank to swell the number of waders. Monday was a good day too as a report came in of some Bottle-nosed Dolphin just along the road - off I went. I managed to pick four of them up in the distance and they were heading away. A bit of a drive along the road and another scan produced nothing. I picked up WT Eagle, 8 Razorbill and a few Kittiwakes before I picked up the Dolphins again. 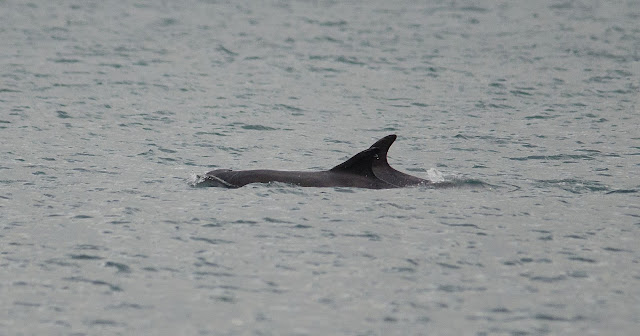 Back at base two second winter Iceland Gulls floated past the shop and landed with the Common Gulls - I managed to get one in flight but that was it. 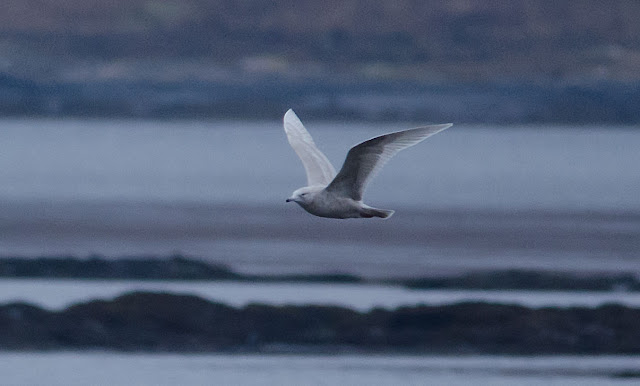 With nothing else to distract me I had to have a go at this Grey Heron as it came past. 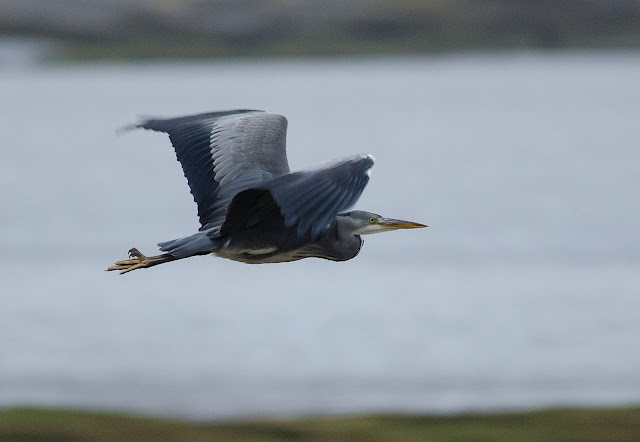