The weekend was a bit of a wash out but Monday was just stunning. I've just been nibbling away at the year list but it does add a bit of interest to the sightings. I've mentioned the fact that the small birds are not visiting the feeders in the poor weather, they are coming back in now the wind has dropped but the numbers are down on what we had in December. I have only seen one Robin this year but I've had six Dunnock and not a sign of a Wren! Common birds but interesting. The year list can help with a blog title too - how many year ticks did I get today? Seven.
I was prepared for a bit of driving around but a quick check outside the shop produced a white winged gull that needed a closer inspection. It was an adult bird that was a bit distant and facing away from me so off I went for a better look. On arrival at a closer spot I was surprised to find not one but two Iceland Gulls. A superb 2nd winter bird... 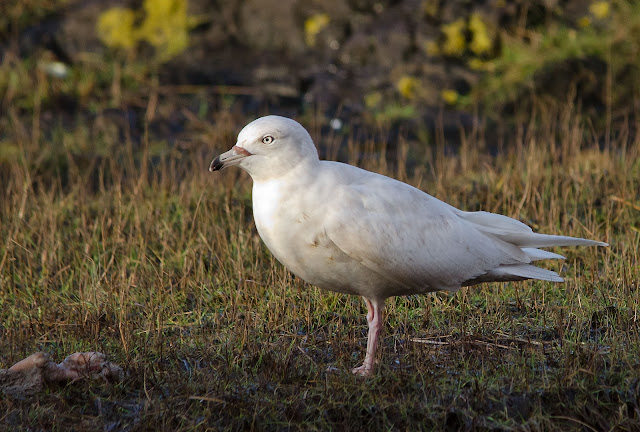 ...along with the adult bird - awesome. 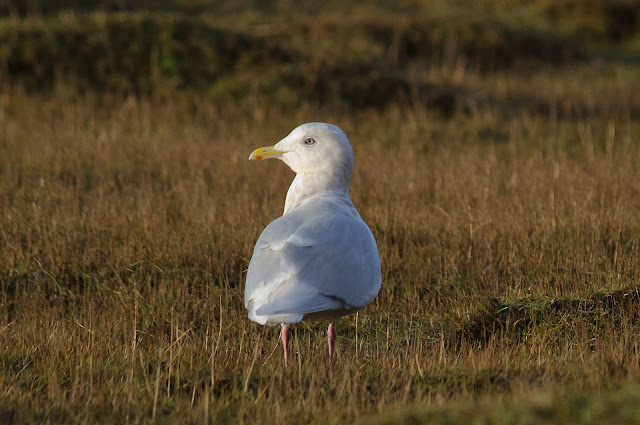 Things got a bit confusing after that as both birds flew off and when I relocated two white winged gulls one was a young Glaucous and the other was a young Iceland Gull! Another change of location for a closer look and the Glaucous Gull had disappeared and the young Iceland had a different amount of black on the bill tip and looked darker. I couldn't get close enough to get any decent photos for a comparison and I never saw more than two birds at any one time. A pair of Goldeneye were seen in the vicinity of the gulls as were a pair of Goosander both of them boosting the list. 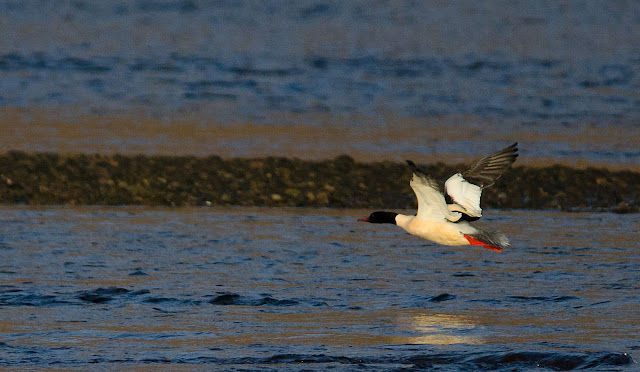 The last of the year ticks in the afternoon were a flock of six Rock Dove, a single Black Guillemot and a flock of about 180 Barnacle Goose. I got a superb view of a Golden Eagle on my way back home but I'd managed to move one of the dials on the camera which messed up the shots! 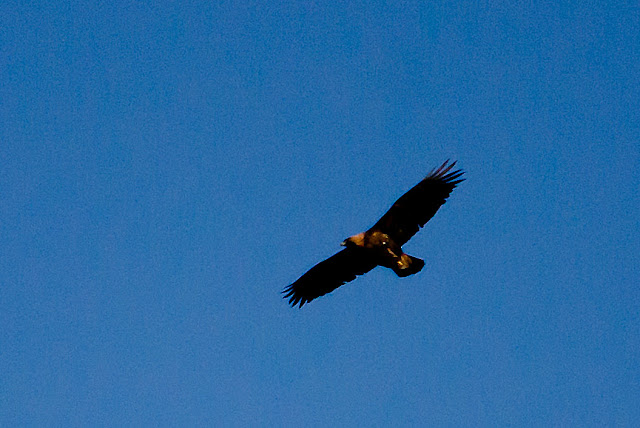 No such problem with the White-tailed Eagle that appeared a bit further down the road but it never came that close to me. 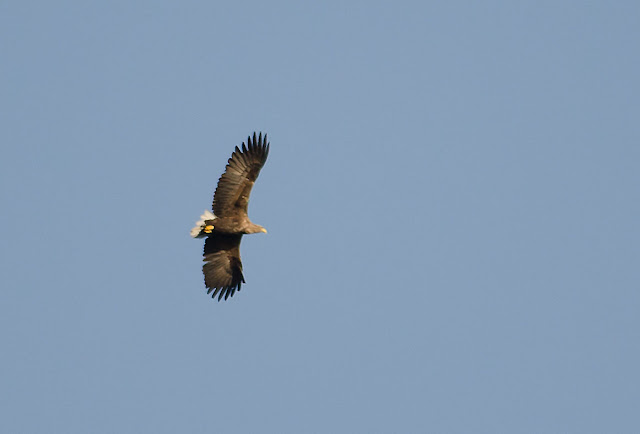 The year list now stands at a modest 50 which is just under a third of last years total of 164.
Posted by Bryan Rains at 07:46