Get it while you can!

There has been a lack of posting this year already but without an internet connection it's a bit difficult! The year has got off to a really windy, rainy start which doesn't help any either. I had a quick run out on New Years Day and not ventured much further than the garden since then. The first birds I clapped eyes on were my regular 3 Hooded Crows but with the feeders empty there were no other birds of note. A quick trip to the shop upped the list a bit with three species of gull, Greenshank, Common Buzzard, Kestrel and GN Diver seen amongst the 23 species noted. A couple of Otters were seen too. Only two birds photographed in the poor conditions and I shouldn't have bothered. First off a hunting Buzzard... 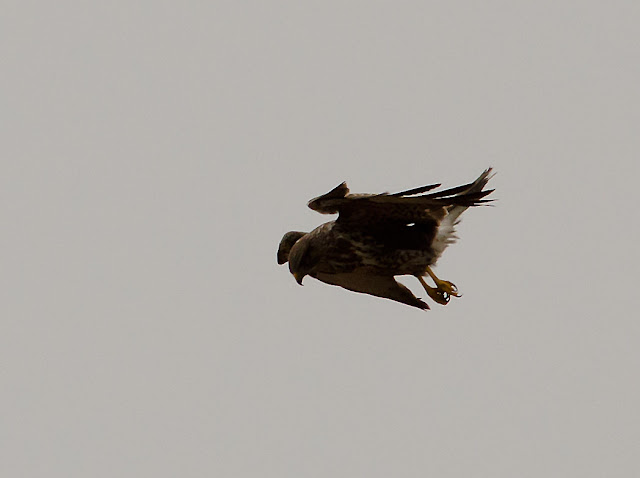 ...that already had a full crop. 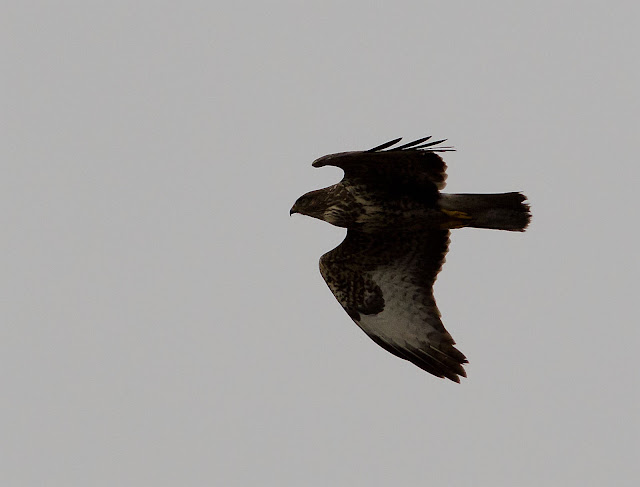 Obviously a case of get it while you can. Next up was a tired looking Cormorant hauled out on the shore. 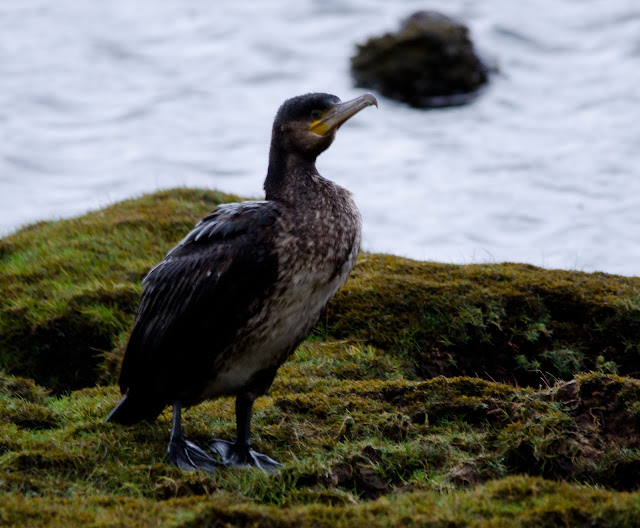 Monday I managed to get Hen Harrier and Golden Eagle from the garden and a bunch of the regular garden birds. Tuesday was an indoor day as the gale force winds and rain didn't look too good!
Posted by Bryan Rains at 13:34