Wednesday may have been dull and windy but there was still things out there begging for their photo to be taken - first up was an adult Iceland Gull. It was a blustery wind cutting across the loch and with no cover to get close, it wasn't going to be an easy task. There was a WT Eagle sitting across the loch too so I didn't want to frighten that off either. I just walked out to where the Iceland Gull was and started firing off a few shots, then a few more, some more - get me out of this wind!! I did get a usable shot eventually. 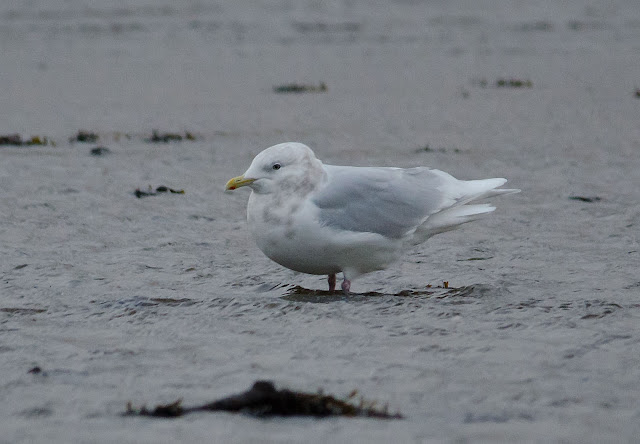 The Iceland Gull was pushed off by the tide and I watched it fly over the top of the WT Eagle. A quick drive got me a bit closer to the eagle but there was no chance of creeping closer to this one. 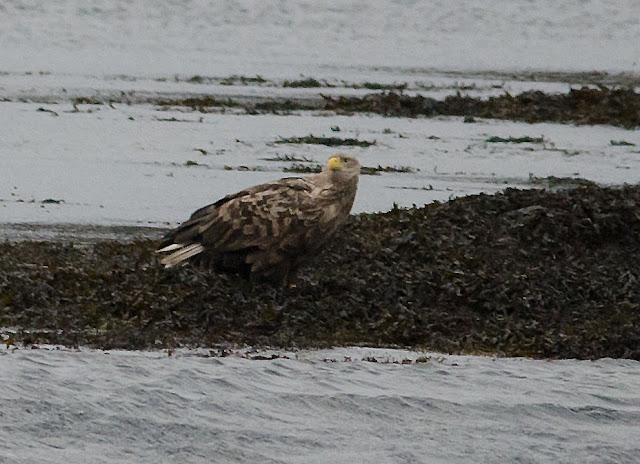 I waited until the tide pushed the WT Eagle off, frightening the life out of the Mallard. A big surprise for me at the next stop. I was expecting to take some flight shots of the eagle but as I pulled up a Mountain Hare raced away from the side of the road and stopped, briefly, in full view. 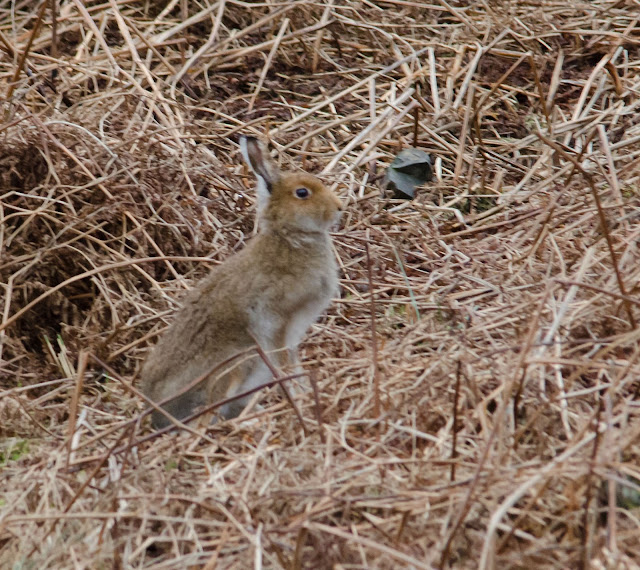 The Greenshank is a flighty bird, quite happy to set the alarm call off and frighten everything for miles so if you get one that is approachable it's a bonus. Like any good performer you have to clear your airways and strut about before taking to the stage... 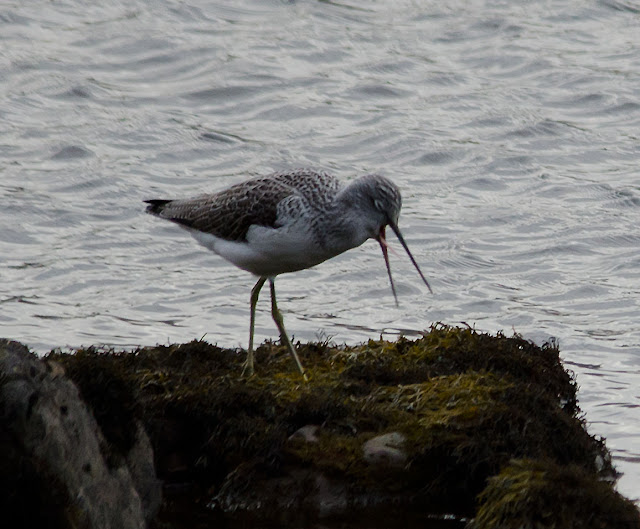 ...and then it's all sweetness and light. 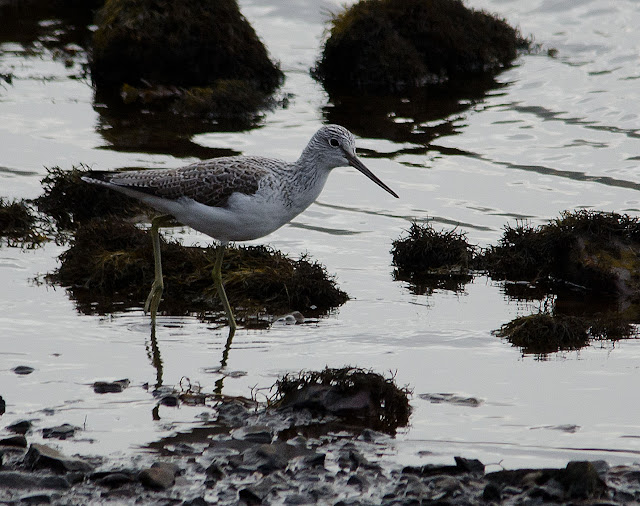 I was happy with the performance and managed to get an encore as the bird flew off and came back to the same spot! 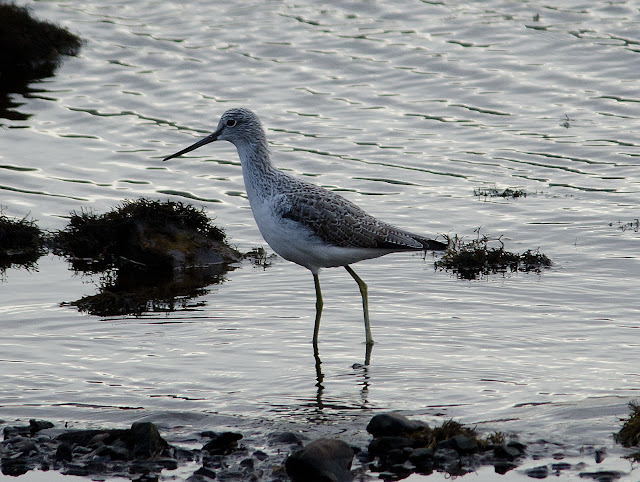