In no particular order...

...the highlights from the last few days. After a nasty reaction to a Yellow Fever jab that saw me drive past a WT Eagle photo opportunity, I've not had that many chances to get out. I've noticed that some parts of the country have been hit with a little snow here and there. We seem to have escaped the ravages of the snow but it certainly is chilly up here as you can see by the frosty grass around the new neighbour - isn't she sweet?! 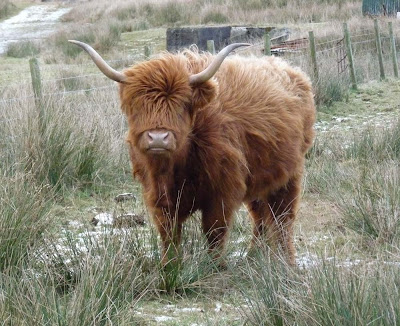 Other than distant views of Red Deer stags up the hills the chance to see a decent sized one has been lacking of late but now is the time for them to return to the lower ground. This is one that I've had crossing the road in front of me in the dark a few times recently - nice to see him in the daylight for a change! 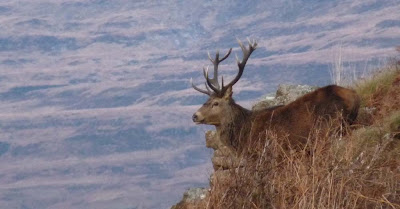 Not a very good photo of a Herring Gull flying past you might say - there was another target at the time and the gull was just coming in for a look. I'll come back to that. 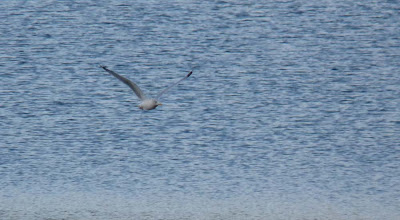 If the cold weather continues for much longer this could be what we'll have coming out of the taps - icicles! It's down to a trickle already. 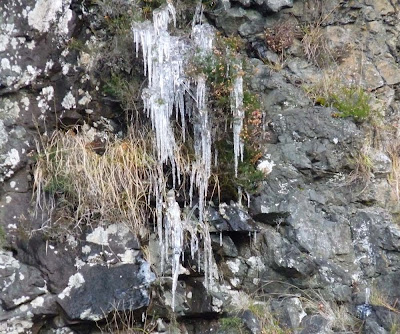 Even the Mallards are cuddling up in these cool conditions. 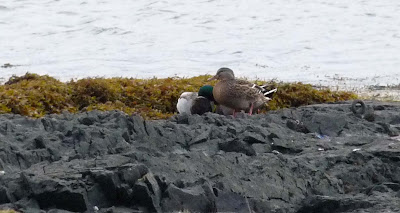 Back to the Herring Gull and what it was looking at - an Otter bringing a fish to shore of course. 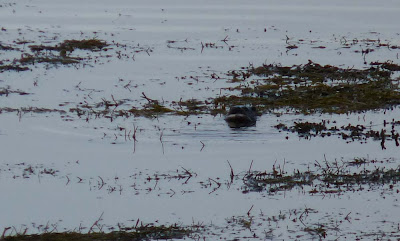 She wasn't bringing the fish back for herself though, as the youngsters need to learn the skills to survive too. 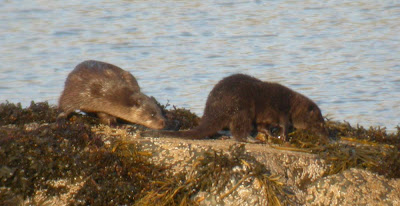 Just so you can see how much snow we have over here I took this shot this morning. 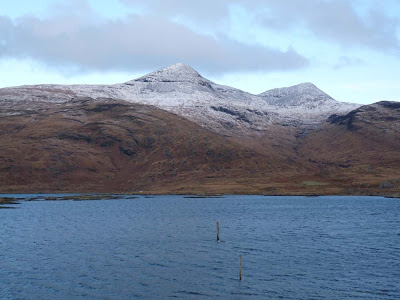 Despite the fact that the weather isn't too bad up here, the few winter migrant thrushes that we did have seem to have moved on - they will be back though.
Posted by Bryan Rains at 17:08

Oh how I wish I was on Mull - back in London now having returned from Singapore...can't wait to get north though....