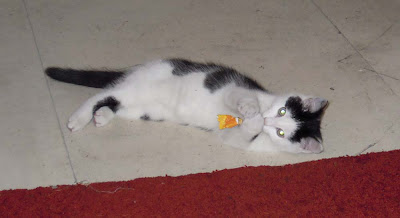 Friday saw a bit of an improvement in the weather as the clouds started to break up there was a fair bit of blue sky through the day. The clouds hanging against the land was quite atmospheric though. 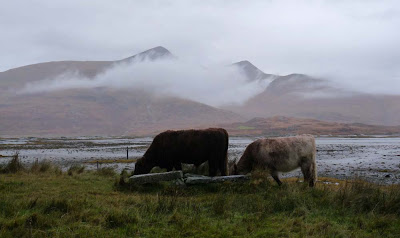 While admiring the view an adult WT Eagle flew in so the opportunity was there to improve on the poor shot I took the previous day. First off a nice size comparison with a Hooded Crow that was determined to pull the eagles tail. 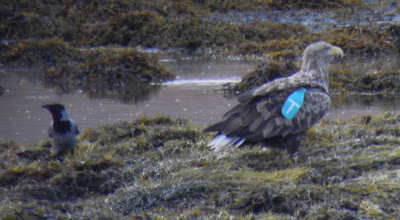 I missed the tail pull but there wasn't enough light to freeze the movement in this one but it does show the impressive size of the wings. 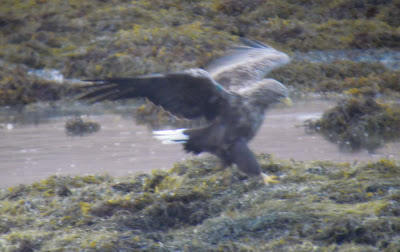 A couple of Little Grebe were fishing in the sea so it was nice to get a photo of them too.

The young bird that I photographed on Thursday was present too so it was time to get that improved photo with no misting of lenses going on. Before you get the improved shot I did manage to get the bird taking off but what a hash I made of it! 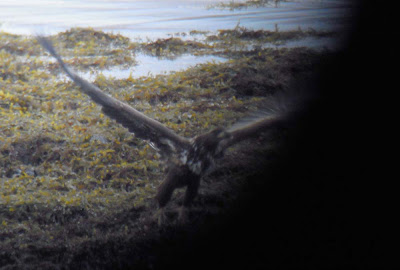 So here we go - this is what the steamy photo should have looked like. Much, much better! 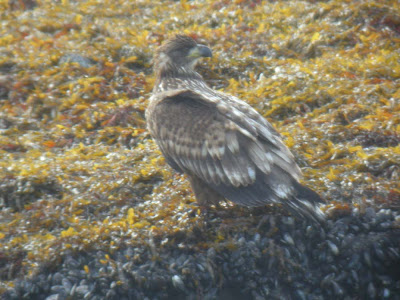 That adult WT eagle is quite impressive. Sula is sure a pretty little thing. Don't let that eagle see her, she is just about bit size for an eagle!