All kinds of everything

If it's not the wildlife trying to hide it's the weather spoiling your photos! As usual some good and some bad but all of it exciting. It was nice to see both the WT Eagles off the nest, a sure sign of a healthy growing chick. Here is the male bird in the classic 'I'm not doing the hoovering' pose. 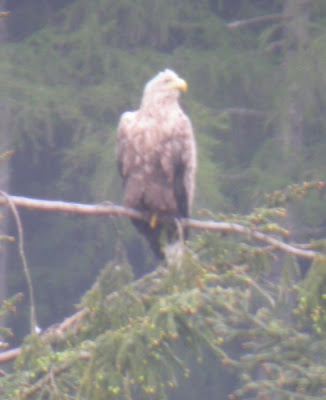 The Whinchats are performing very well and singing their hearts out to attract a mate - I've not seen any females yet so I hope it's not in vain. 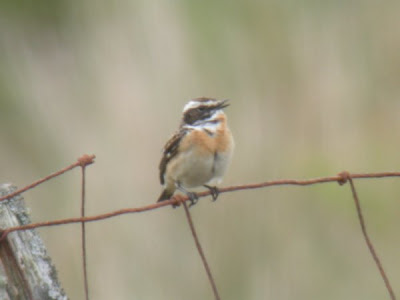 A superb display by the Otters yesterday as what we first thought was two turned into three. The youngsters were in full play mode chasing each other about and leaping out of the water like dolphins - a fantastic spectacle. Here are the terrible two wrestling... 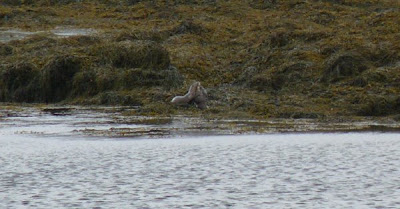 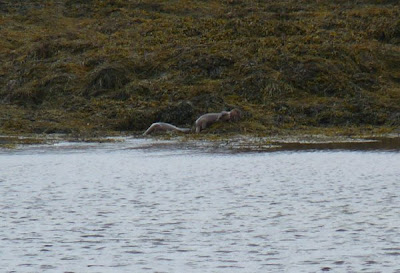 There have been some very impressive displays by the Golden Eagles in various locations and all a bit too quick for the camera until they cruise along the ridge. The rollercoaster display is absolutely mighty to behold!! 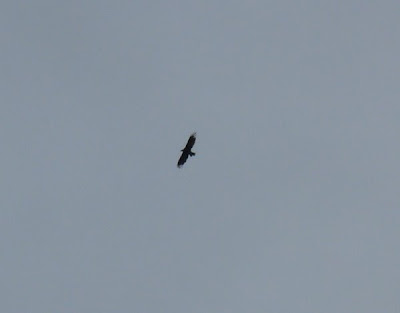 The Redshank are in constant battle with the Lapwing at the moment. They both have chicks and feel the need to defend them from each other - it could end in tears but it's funny to watch the chicks wandering around in the background as if nothing is going on, kids eh? 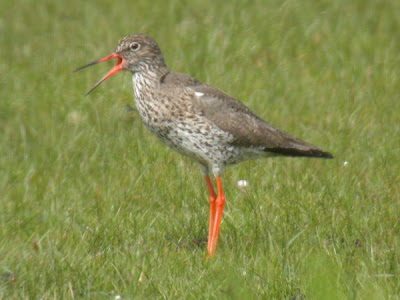 We had stunning views of a Skylark feeding a youngster today - a short tailed, plumper version of the adult. Last but not least we have the obliging Dunlin. You really do have to watch where you are walking at times as they will fly if you get too close. 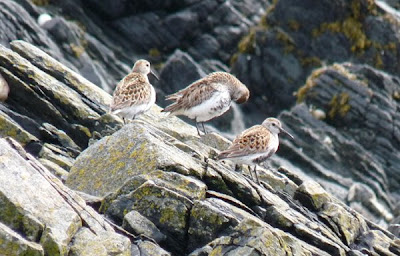 Hi, just found your blog by accident. Glad I did! You live in a fantastic place! I visited Mull once about 10 years ago for birding and wish I could again.