One last tour on the last day of the year saw us heading out in poor conditions. A couple of Otter in the half light was a good start but not the best of views. Our first encounter with a WT Eagle was in the pouring rain - the camera was on 1000 ISO only giving 1/40 second! 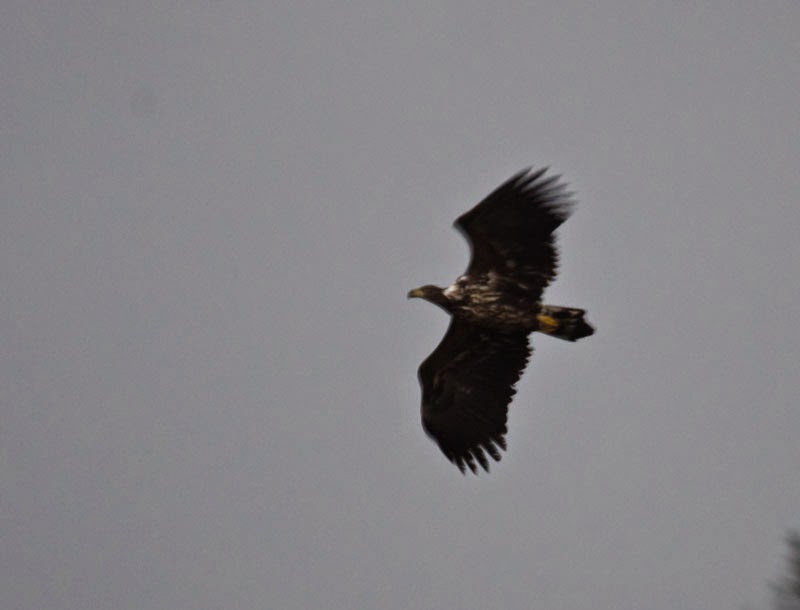 We managed to catch up with an adult bird not long after that so it wasn't a bad effort for the first hour. With the tide pushing in I decided to have another go for Otters and we came up trumps. Mum and two cubs plus the dog Otter coming in for a look too. Nice to see the cubs play fighting...

...before heading off for another fishing trip.

We had a clear spell in the weather and, luckily, we picked up Golden Eagle. Quite a few Red Deer were seen along the way but none were better looking than this stag. 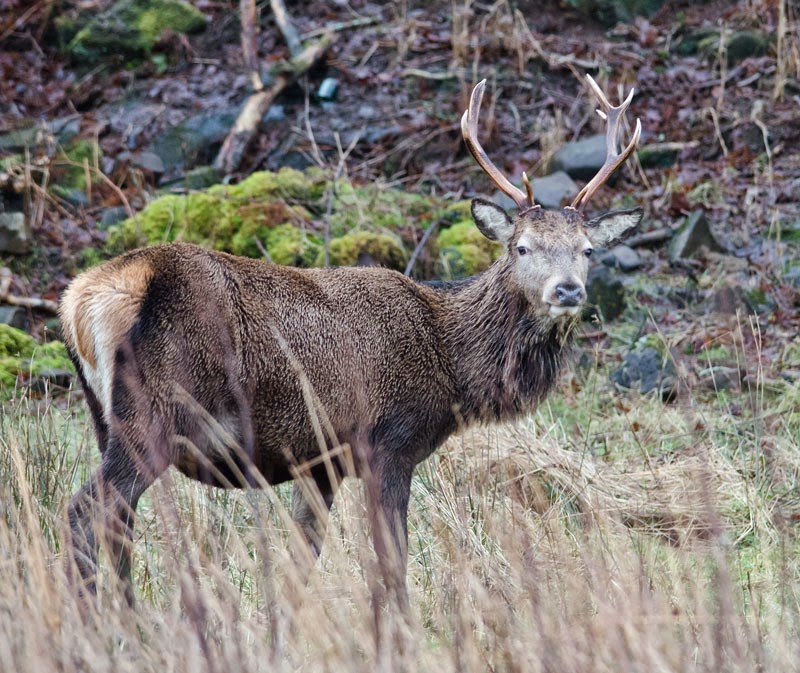 This is on facebook now so there should be different photos on there now and again - feel free to join in! All the best for 2015.
Posted by Bryan Rains at 23:55

Happy New Year Brian & Joy,
Wishing you a Happy & Healthy 2015
Thanks for the blogging