The wind blew, the rain fell and there was a fair bit of flashing and banging too but, thankfully, there was no serious damaged caused by the storm. We did get a dusting of snow on the road which gave me the chance to take the Christmas shot of a Robin. 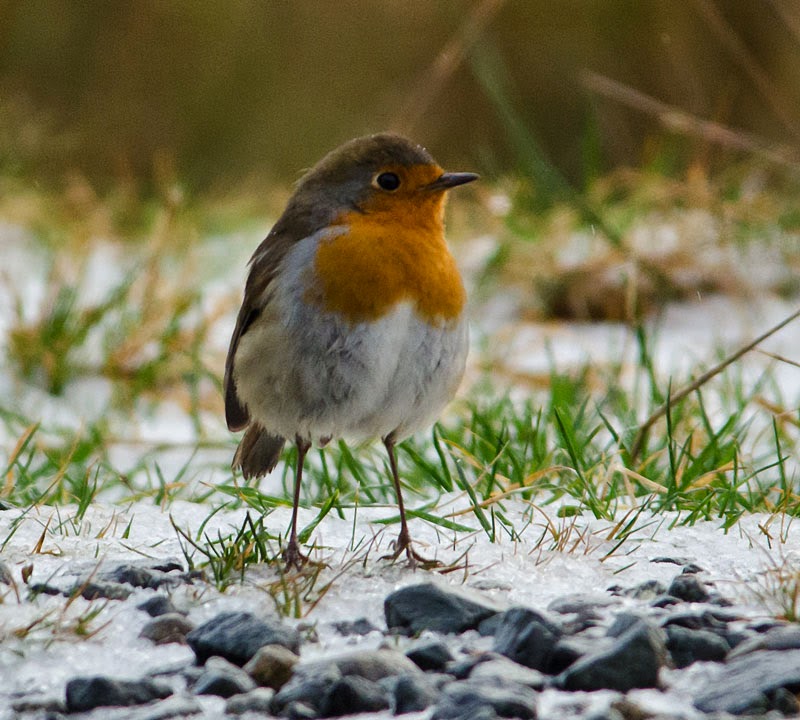 Sadly, there was nothing interesting blown in. It's not too often that the Common Teal come to the near shore but it was fairly sheltered so a few of them took the opportunity. 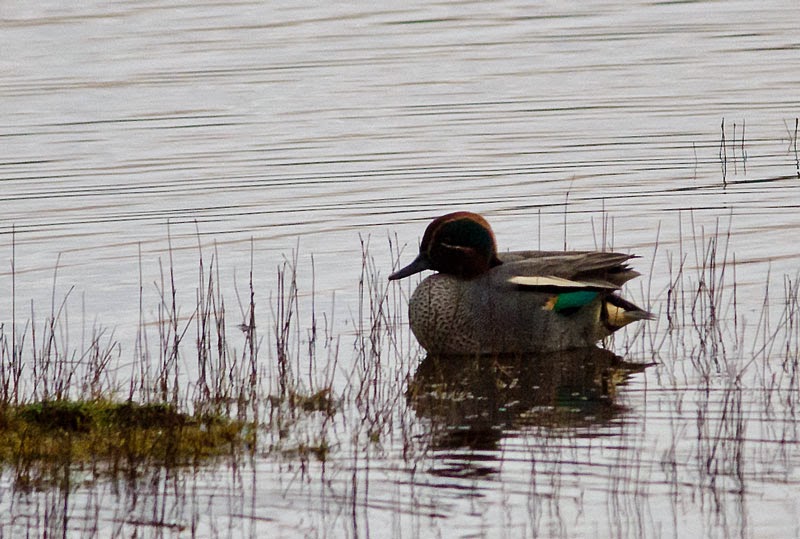 This bedraggled Buzzard was perched up at the side of the road and he wasn't going to move - he's giving me a good hard look! 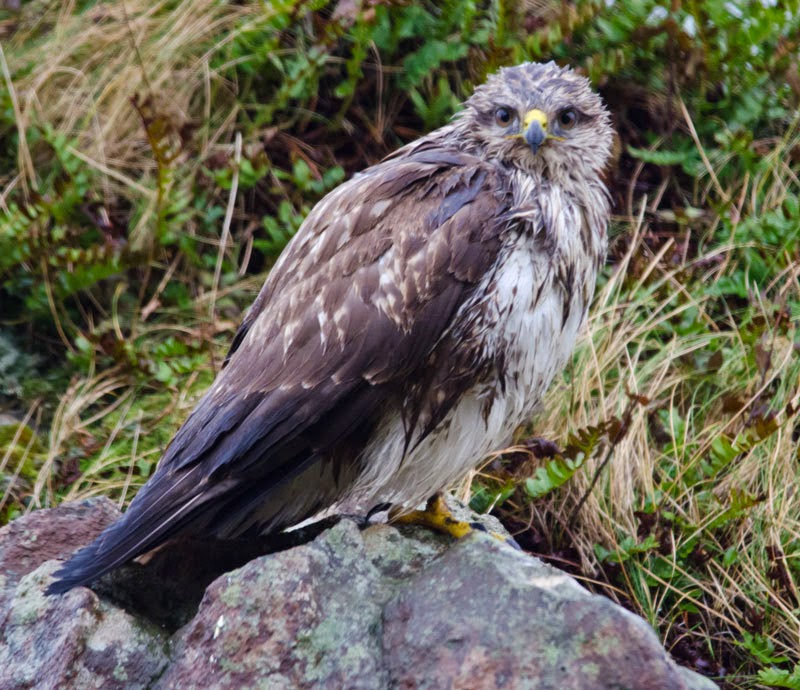 A nice close view of an Otter taking it's catch ashore... 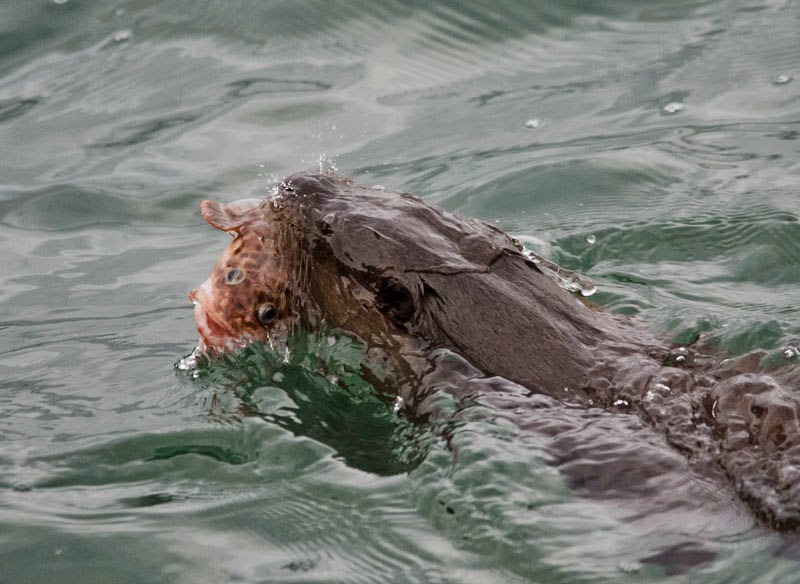 ...while on a shopping trip was a bit of a treat but the only other decent sighting was a male Hen Harrier and a few Curlew feeding in a field. 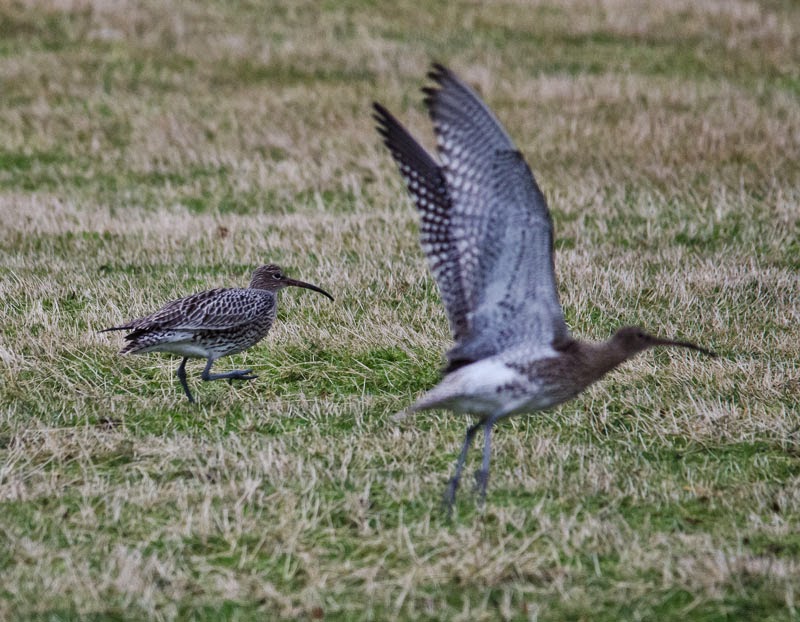