This post should bring things up to speed with the sightings! A couple of immature WT Eagles caused havoc outside the shop as they drifted overhead - no doubt chuckling as they went! 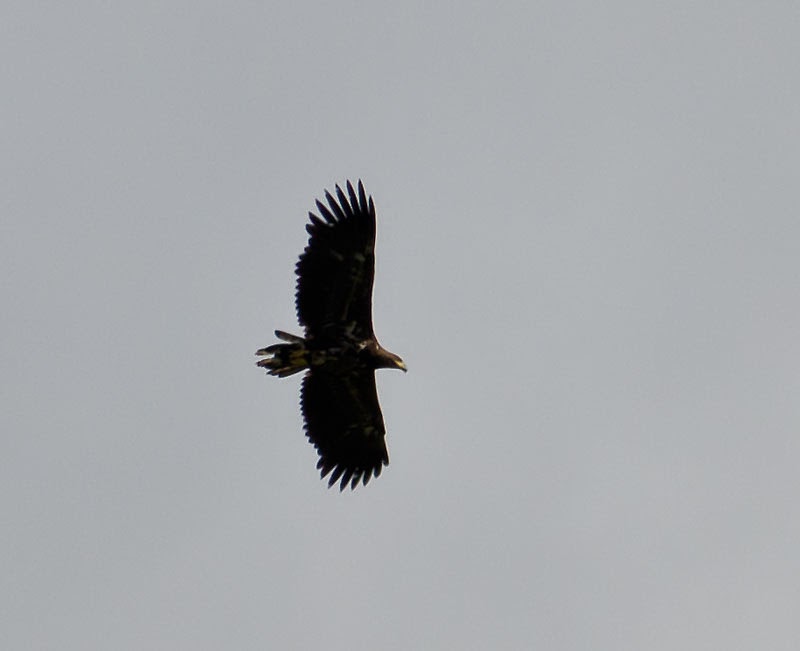 On the same day there was a couple of Dark Green Fritillaries dancing about the Red Clover in the garden. 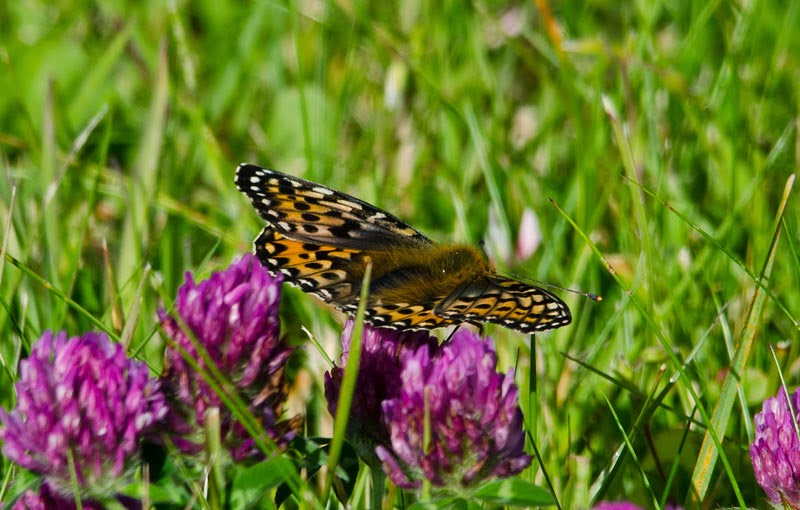 A few different things to seek out made for an interesting day even though it was red hot. An Adult WT Eagle flying to it's nest gave us a good start. 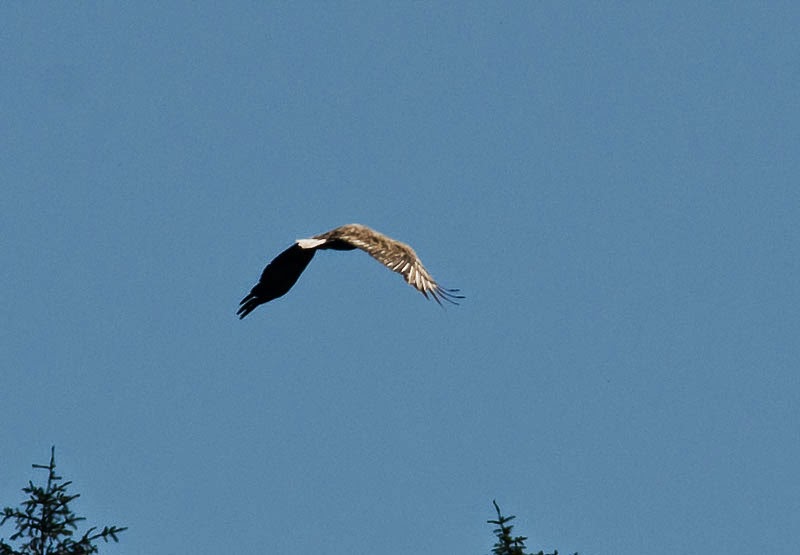 The usual suspects were along the shore so this Common Tern stood out well even though it was in poor light. 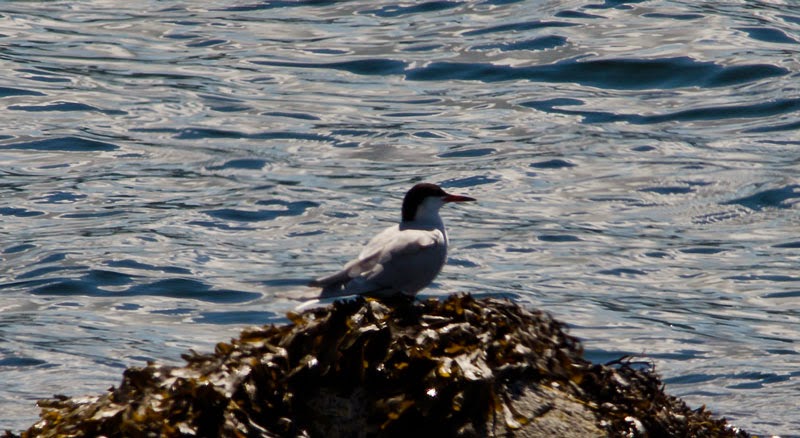 We had a look at the Pale Butterwort which was still in flower. An Otter gave us the runaround but at least we all saw the beast while this Curlew gave a superb fly past. 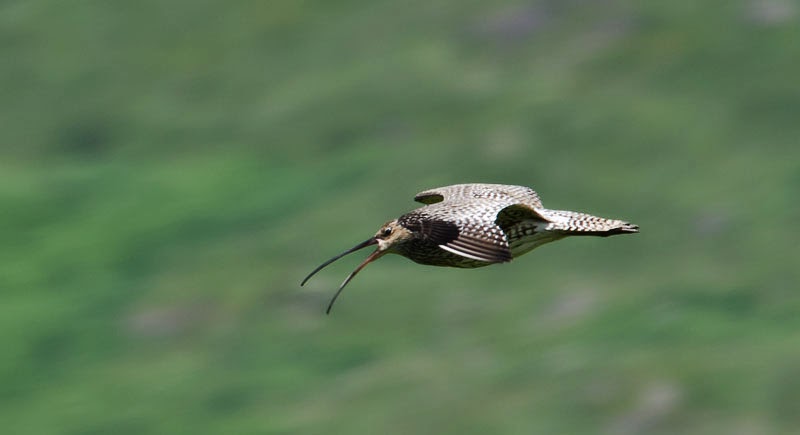 A couple of broods of RB Merg were seen - what a delight it was to watch them skittering across the water.

We managed to find a pair of Golden Eagle circling in the distance but we waited and we got our reward as they sailed overhead. Next up was Great Sundew and in flower too! 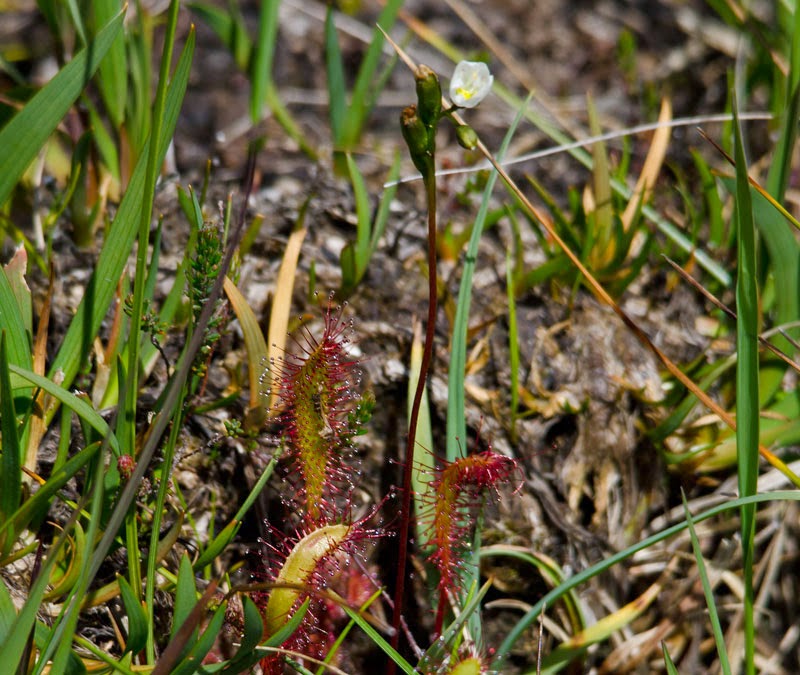 The earlier Otter sighting was trumped as one of the guests picked up another one just slipping into the water. Fabulous views with a bit of patience. 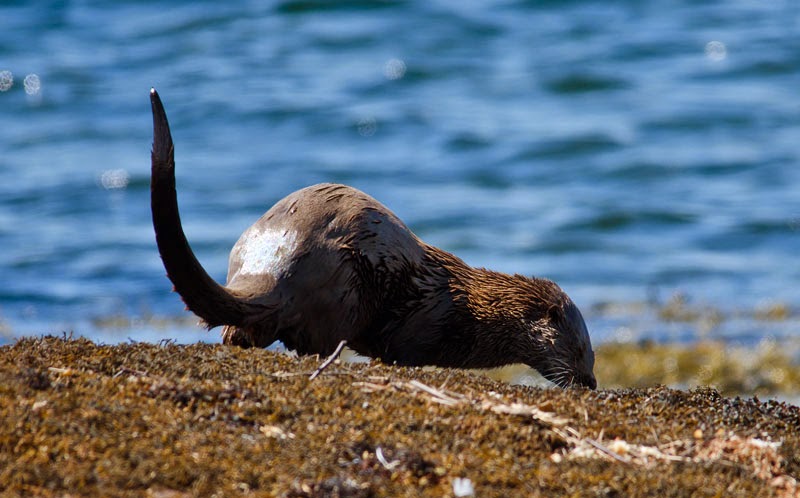 A trio of Mountain Hare at the days end were good to see and that was just the topping on the cake - almost forgot the Eider family that we saw. 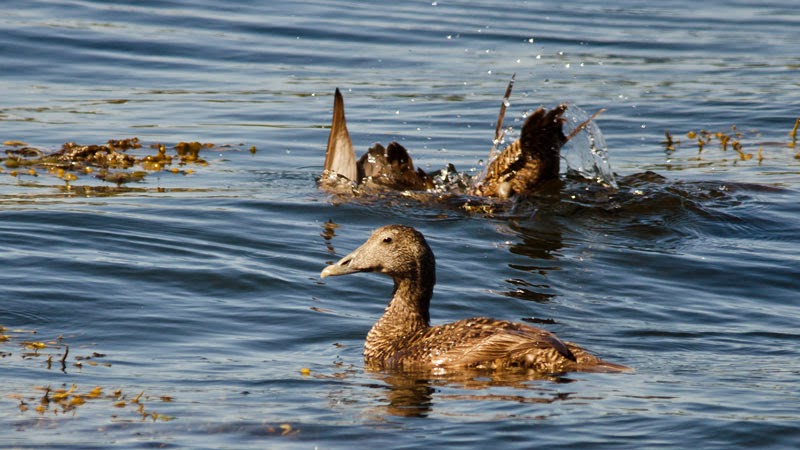