We often see the Common Crossbills in the trees near the shop and you can get good views at times but there is nothing better than seeing them coming down to drink. I heard a few birds calling and we watched as one bird went down to the shore and another landed on a telegraph pole. When this bird dropped to the shore I expected to find them drinking but I was most surprised to find them feeding on the strandline! 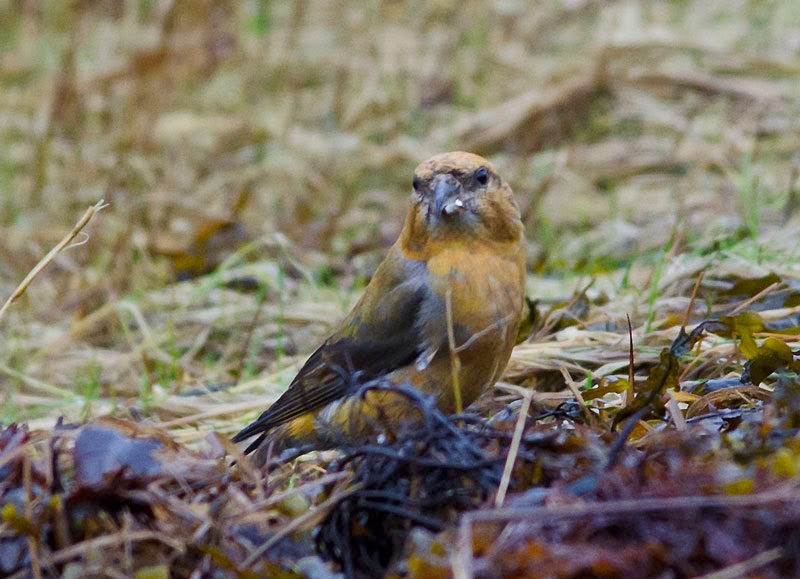 It not an easy life living in the wild so only the strong will survive. I mentioned the young Otter that looked to be a bit of a runt - I had a trip out to look for the family and found no sign of them and the following day I found the female with just one cub. 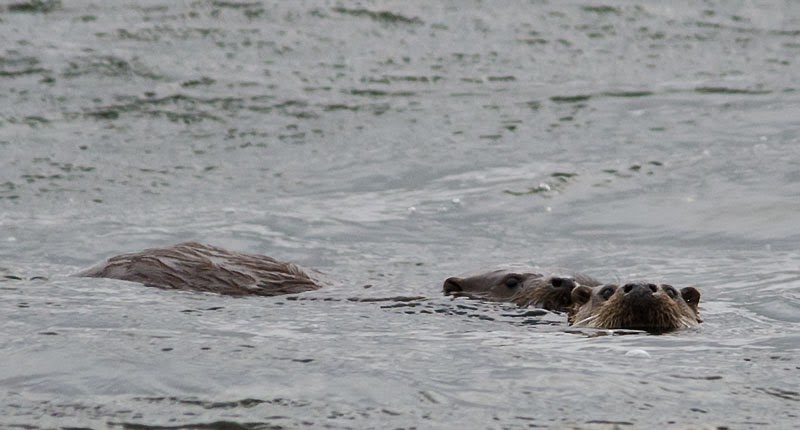 It's not definite but the runt may have been abandoned which will give the remaining cub a better chance of survival - harsh but necessary. I watched these two for a couple of hours where the female fished for herself and never fed the cub and I never seen it catch anything either. The female is not struggling to find food... 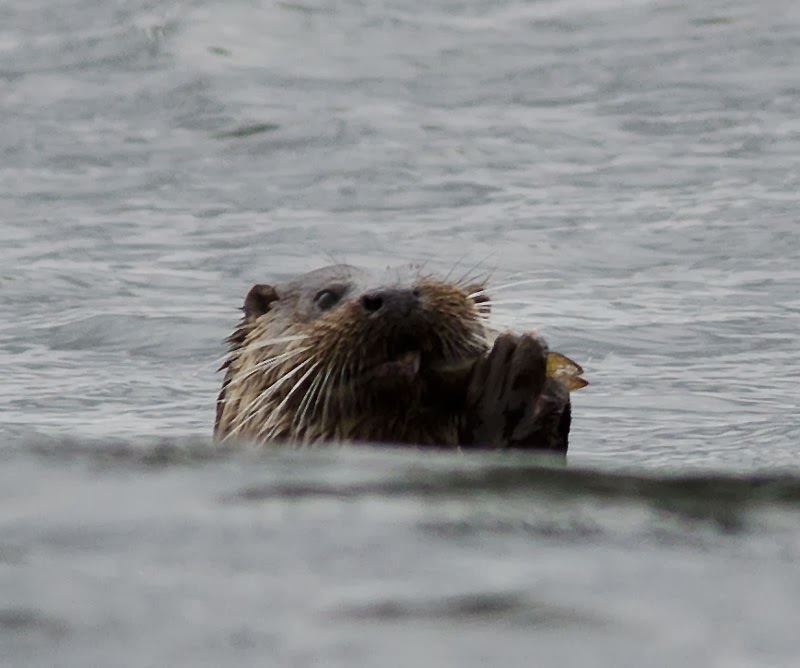 ...the Hooded Crows are ready to pick up any scraps left over... 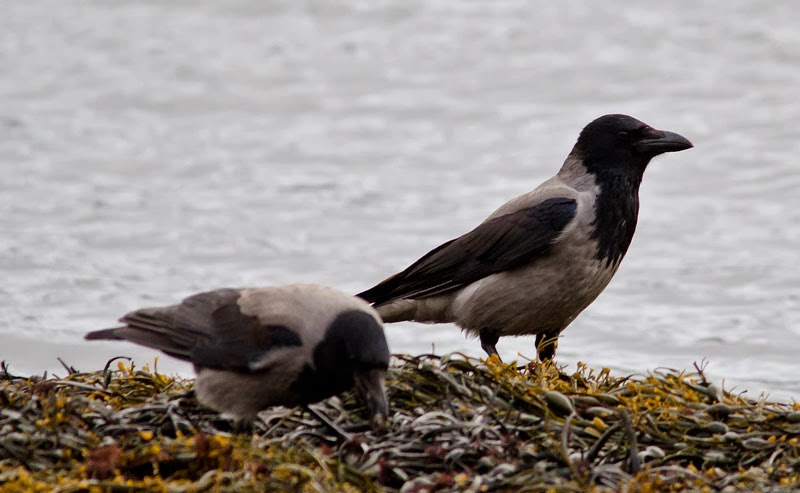 ...but the remaining cub looks healthy enough, a good swimmer and capable of catching it's own food. 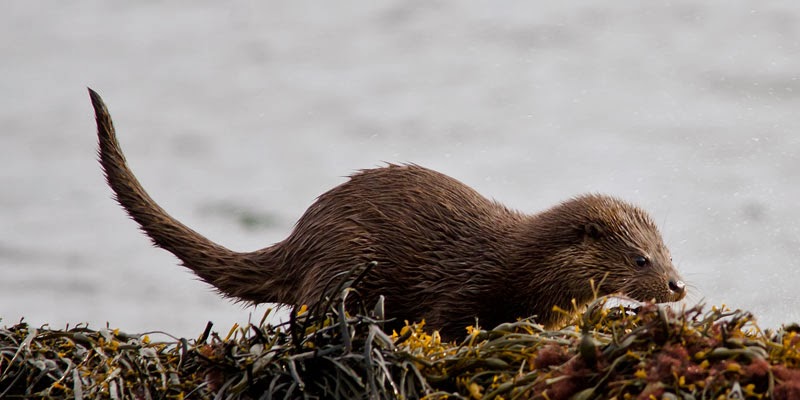 While watching another Otter a Hen Harrier gave a good show. 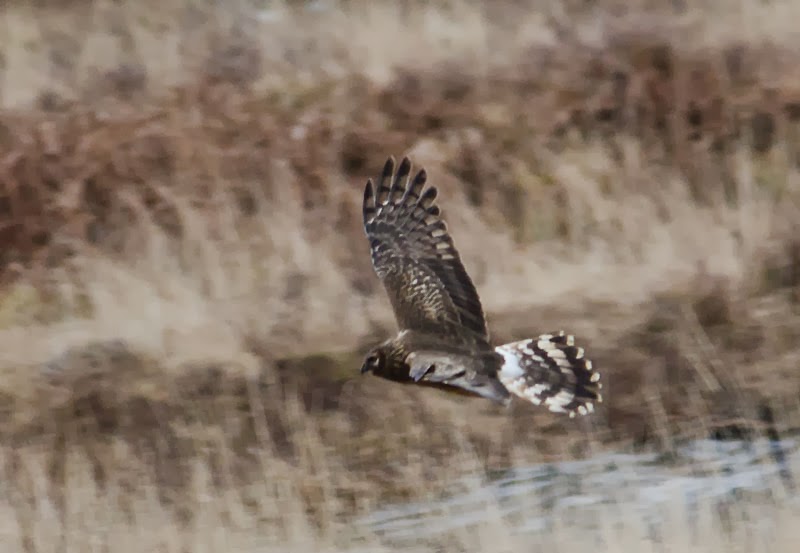 When I arrived home the feeders were quite busy and a Coal Tit was busy working it's way through a peanut. 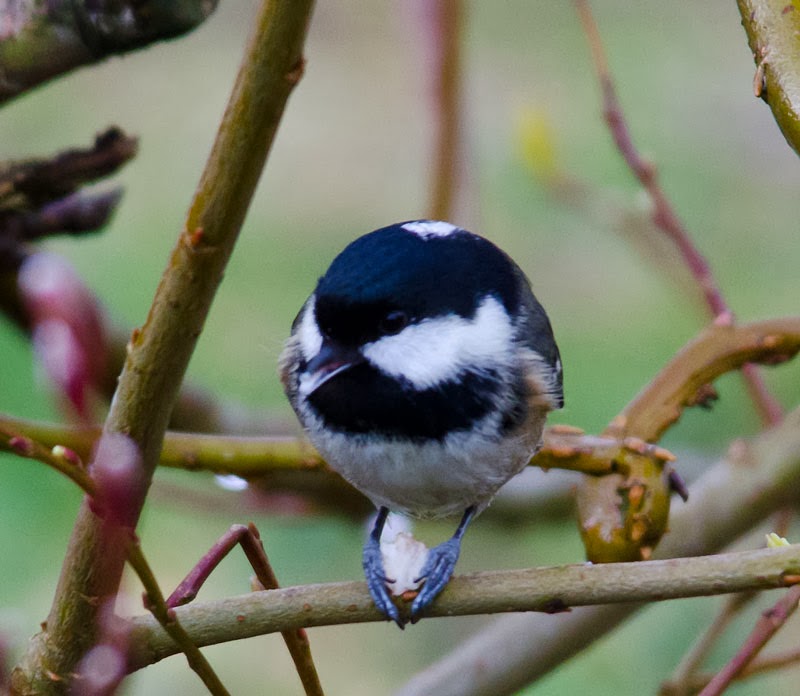 We had a chance to watch some Sea Otters just near Moss Landing in California a few days ago, and it was really wonderful. You are lucky to be able to enjoy yours so regularly.