I had a run out to look for any early Adders (no luck) and along the way I got an eyeful of Buzzard. You can see the nictitating membrane coming across the eye of this bird. 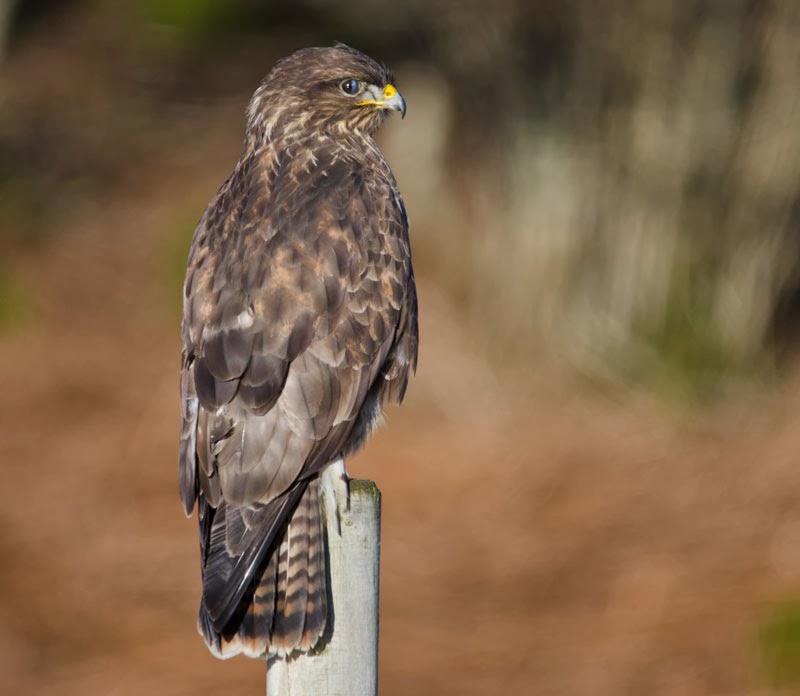 A couple of Red Deer were enjoying the sunshine... 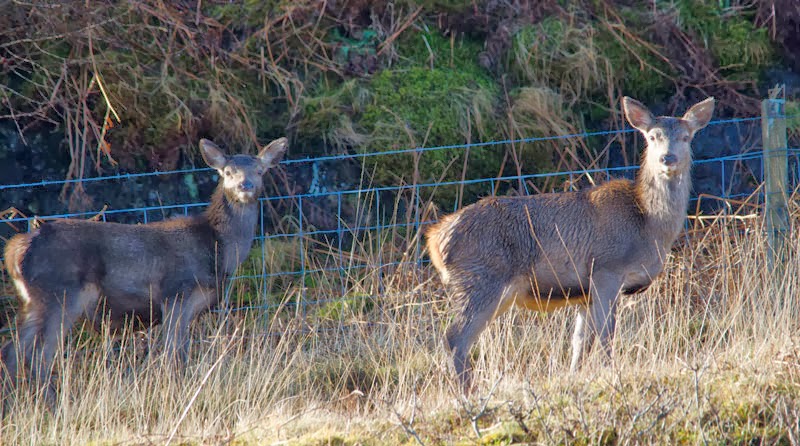 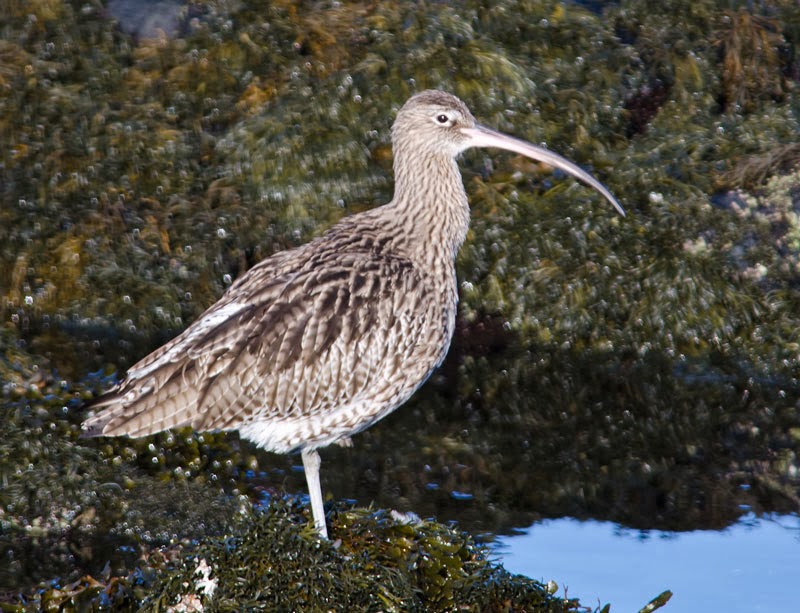 This dead stag had been illegally shot so the carcass was left for the police to check. The Hooded Crows were quite keen to get an easy meal. 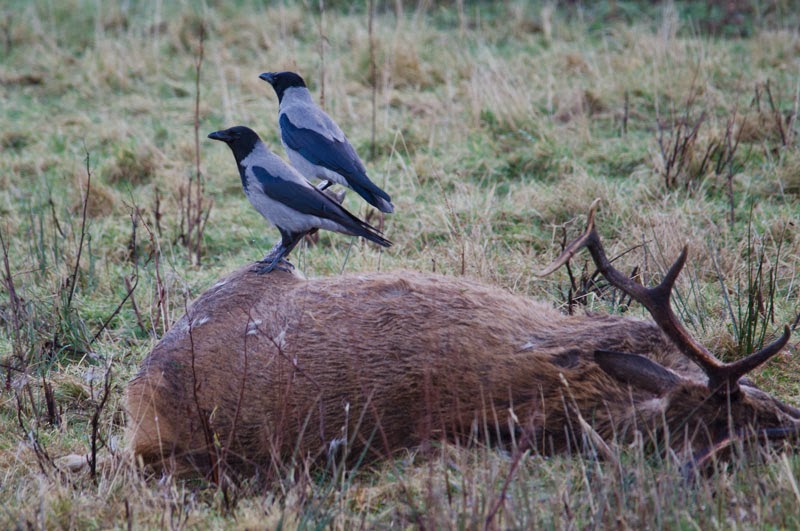 The resident pair of WT Eagles have regular spots where they sit together between bouts of nest building and feeding. I had seen one of the birds at the nest site earlier in the day but it wasn't long before they were sitting together. 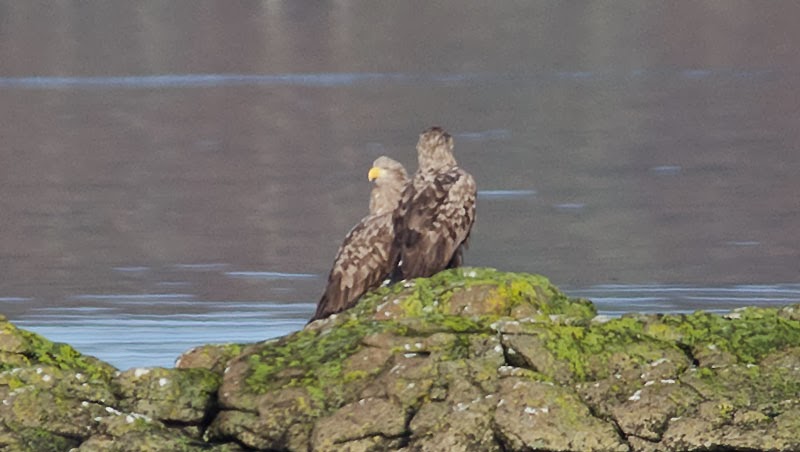 The previous day had not been as nice but as I was scanning across the loch I picked up a dark looking gull. It had dusky brown feathers from mid crown down the back of the neck and onto the breast sides. Dark bill, dark back with an obvious white line along the bottom of the folded wing and an attenuated rear end. The only bird that matches what I observed is a first winter Sabine's Gull - an awesome find but too far away for photos. You can see how calm the loch is and there was no sign of the bird in the better conditions. The Grey Herons looked good flying about in the better conditions but I would rather have had a poor shot of the gull! 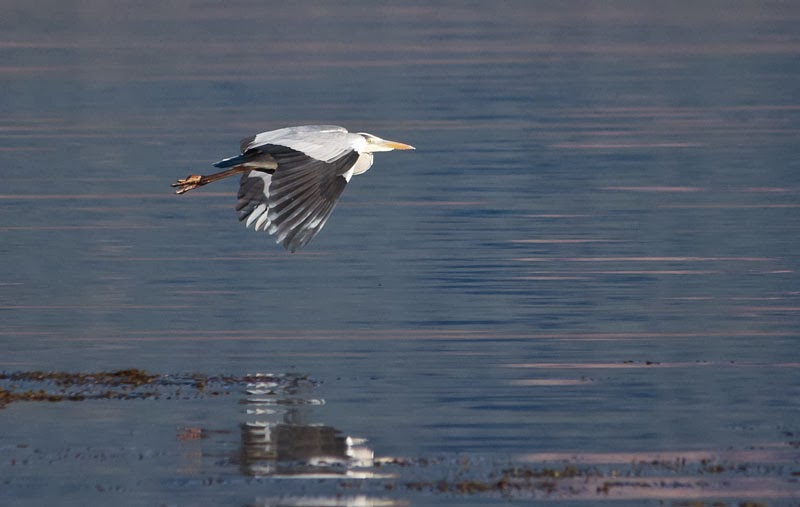