A bit of a plug to start with. Anyone who didn't catch up with Hebrides: Islands on the Edge get yourself settled in front of the TV on Thursday, BBC2 9pm - just awesome.
We started this tour with a good sighting of an Otter within 15 minutes of setting off. When the Otter moved out of sight we had to move on as I could hear Otter calls nearby - better to move and try again later rather than disturb them. An Oystercatcher was first in the frame of the camera as it stretched below the surface for an open mussel. 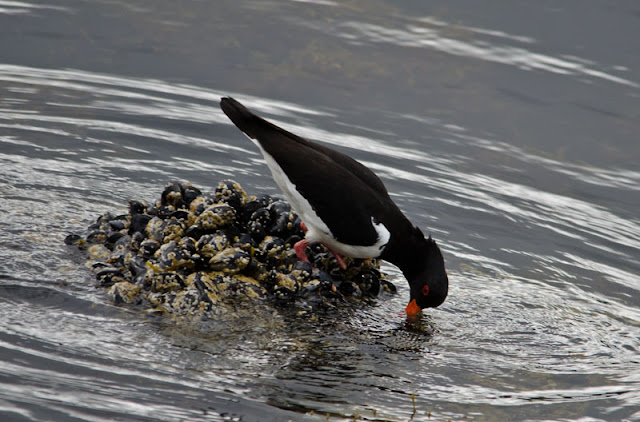 A superb sighting of an adult WT Eagle perched in a tall conifer came next... 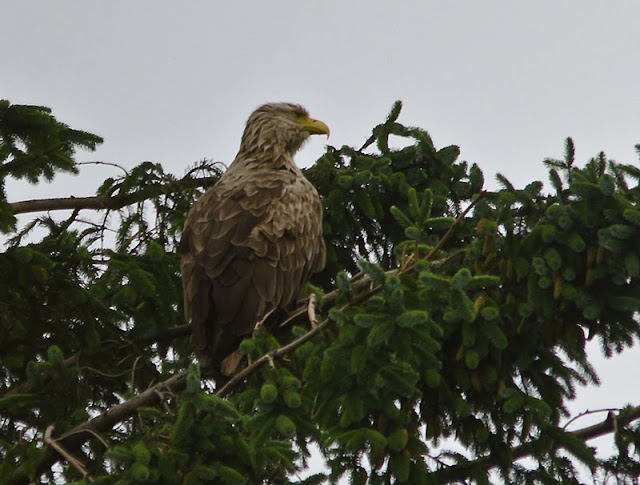 ...while a Common Sandpiper foraged on the grass next to us. 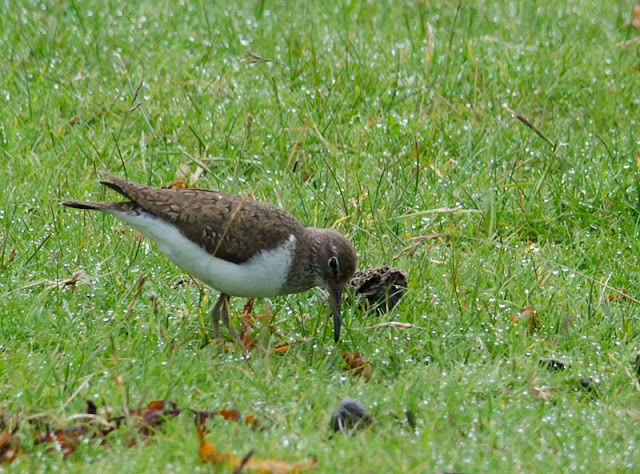 Not too long after that we had some splendid views of Golden Eagle flying over the ridge. 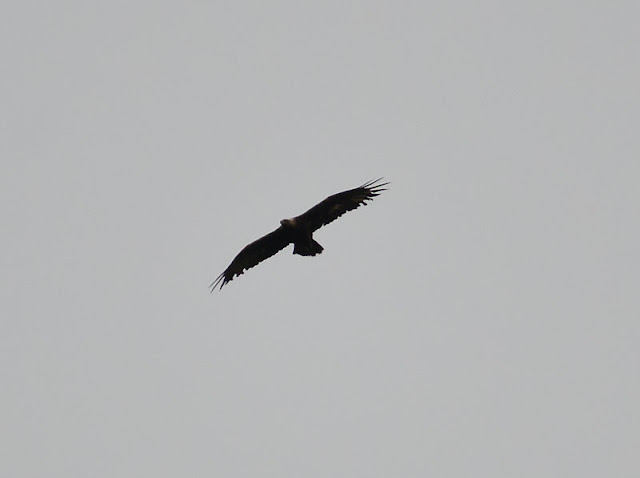 We found a Snipe on a telegraph pole, another two Golden Eagle and a male Hen Harrier before checking out the Adder and Whinchats. 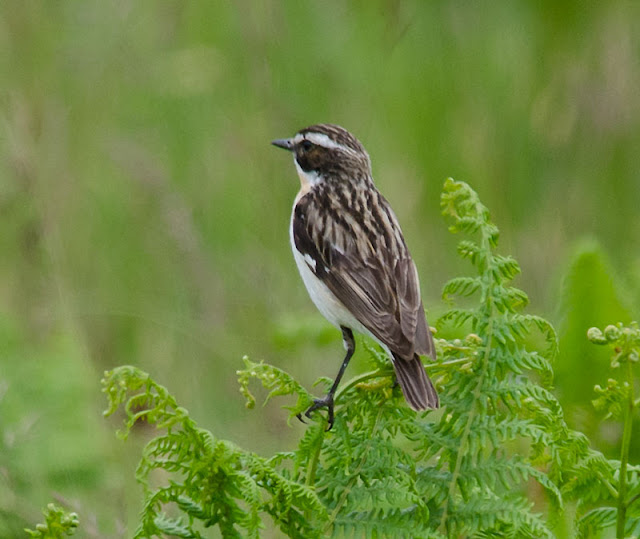 The afternoon was pleasant enough with a wander on the beach, a few Wheatear and plenty of Rock Pipit - another one having a stretch! 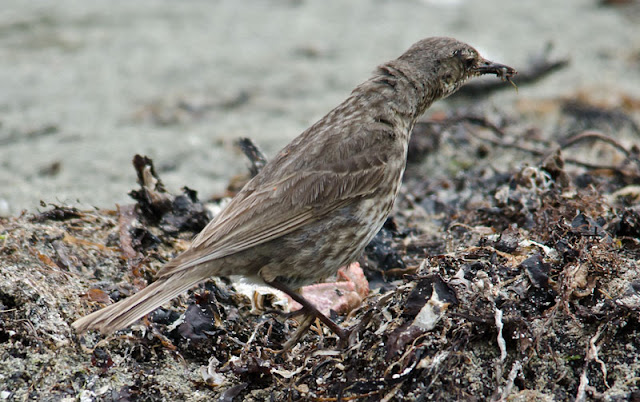 The Tufted Duck were still on the small loch as we drove past on our way to see Mountain Hare. A few Rock Dove were strutting their stuff in a field as we headed back. 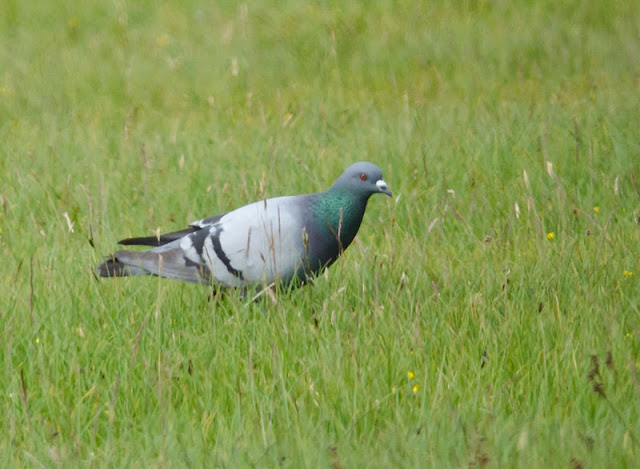 Our last sighting of the day was a Red deer stag munching on the grass. There is a Common Sandpiper that comes off it's nest every time anything goes past it - I wonder if these eggs will hatch at all. 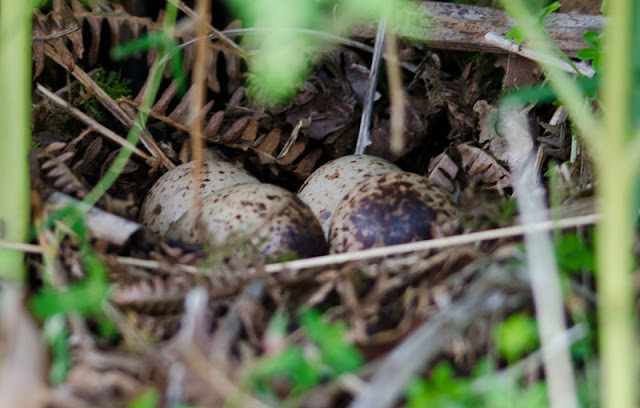