A bit of a selection from a couple of tours. The Eider ducks are hanging out on the shores but there doesn't seem to be many ducklings around so something is successfully hunting them out. 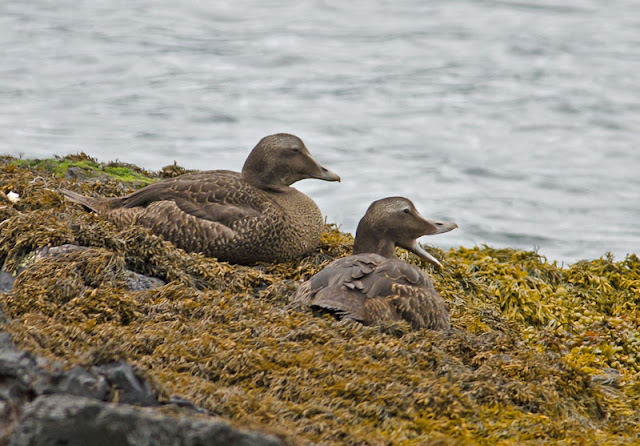 The Adders have been showing well on most days with up to 3 being seen now. 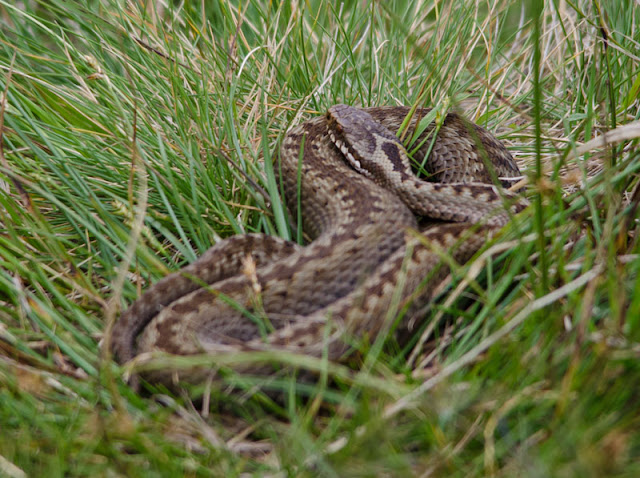 With the hot weather the dragonflies are out in abundance but they can be difficult to photograph unless they are perched up. An obliging Golden-ringed Dragonfly posed for some shots. 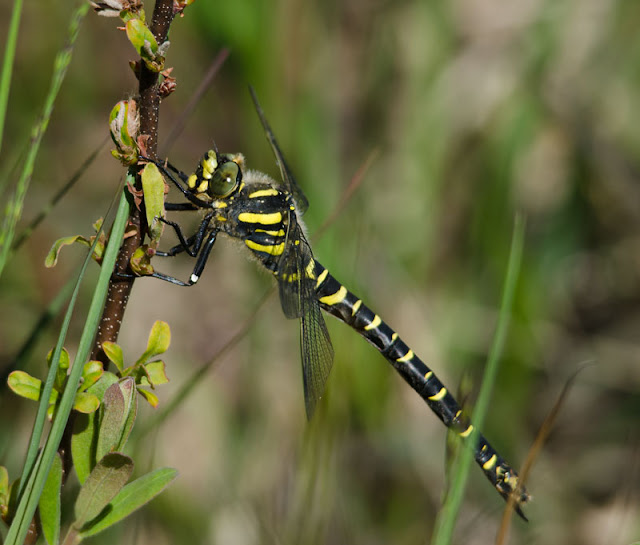 A small squad of Goosander were loafing on the shore... 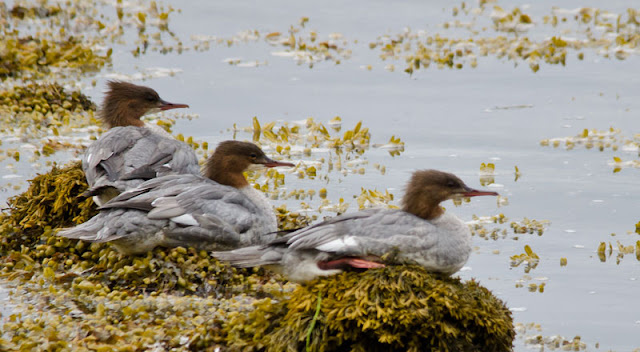 ...while the adult WT Eagle kept an eye on it's youngster. 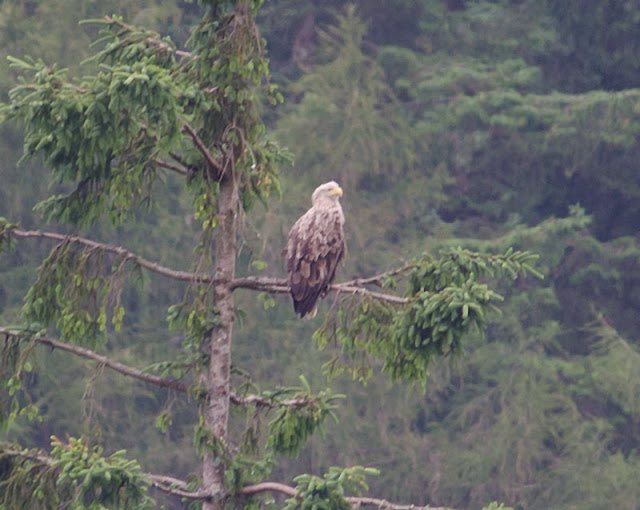 It won't be long before both species of eagle have their young on the wing. The Golden Eagle adults are not bringing in as much food now but every time they have been on the hunt they bring back a Mountain Hare. It's obviously a good year for the hares...unless you get caught napping! 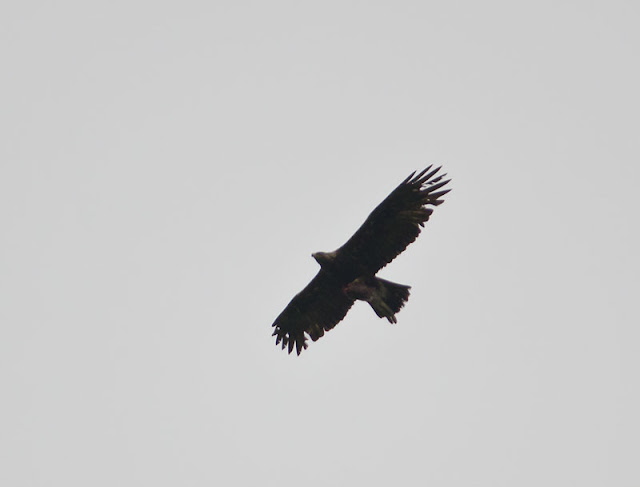 Otter sightings are sometimes good and sometimes a bit more distant. It's nice to get a close encounter but this dog Otter had been in a bit of a skirmish and was seen to have an obvious limp when he headed back into the water. 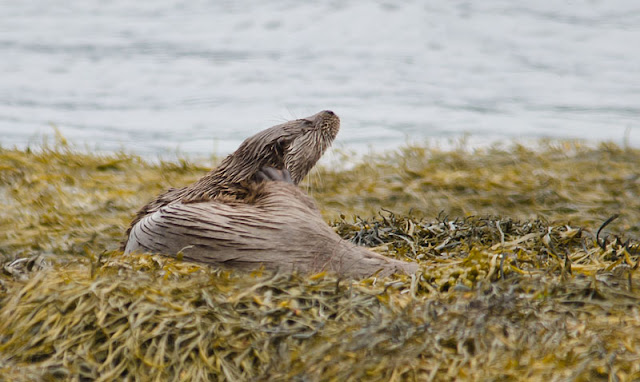