Another windy day with plenty of sightings but despite that there were not many photo opportunities. A couple of WT Eagle to start the day were closely followed by decent numbers of GN Diver, a female Hen Harrier, a Golden Eagle on the nest and a male Hen Harrier. The first chance of a photo was Red Deer hind at the side of the road. 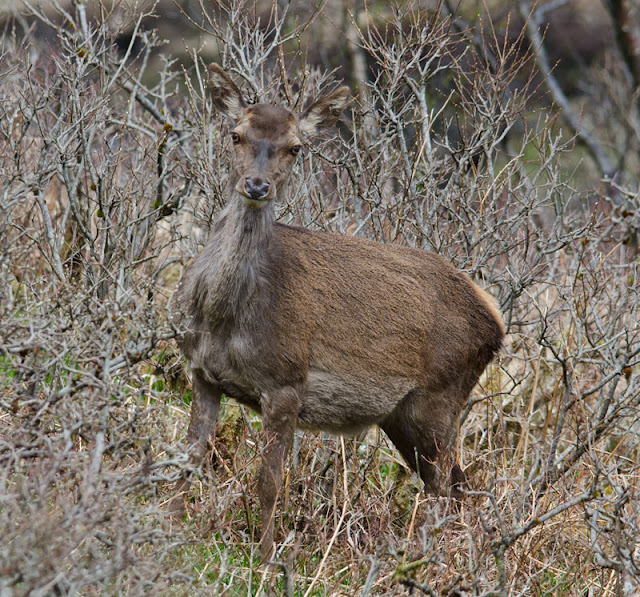 Three more Golden Eagle and three more Hen Harrier were seen before we found a couple of Adders. 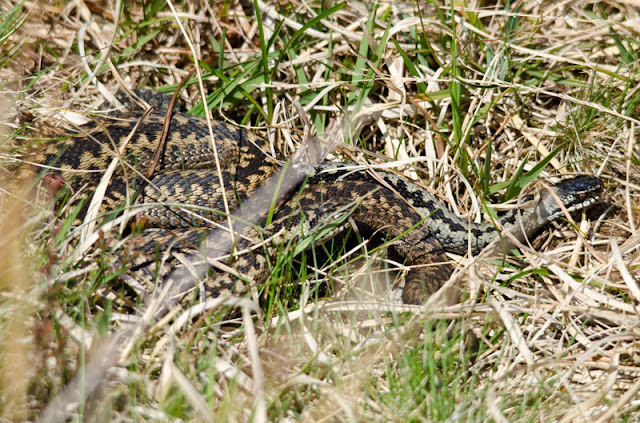 If you look carefully you can see a male and female Adder in that shot but look at the grass in the way - there is a theme here! Cuckoo and Lesser Redpoll were sought after birds by the guests on the tour and both were seen in the afternoon. There were plenty of Turnstone still hanging in but the number of Dunlin had dropped. Good numbers of Northern Wheatear were seen but the only chance of a photo was one with grass in front. 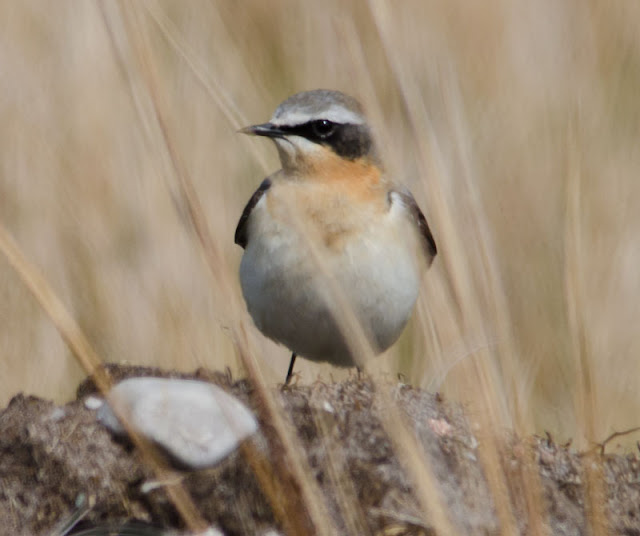 If you thought that was bad then it got a whole lot worse when we found a Common Snipe that crouched behind a whole tuft of grass! 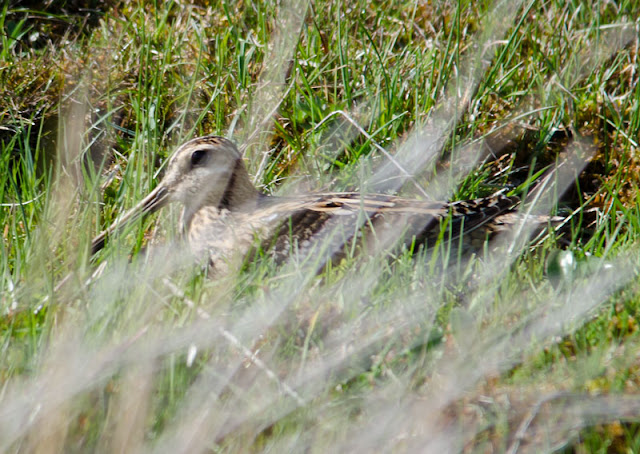 A couple of Twite were found while we searched for Mountain Hare. I almost forgot about the Dipper we saw while looking for an elusive Otter. An Oystercatcher was busy placing bits of grass round it's nest as we headed back home. 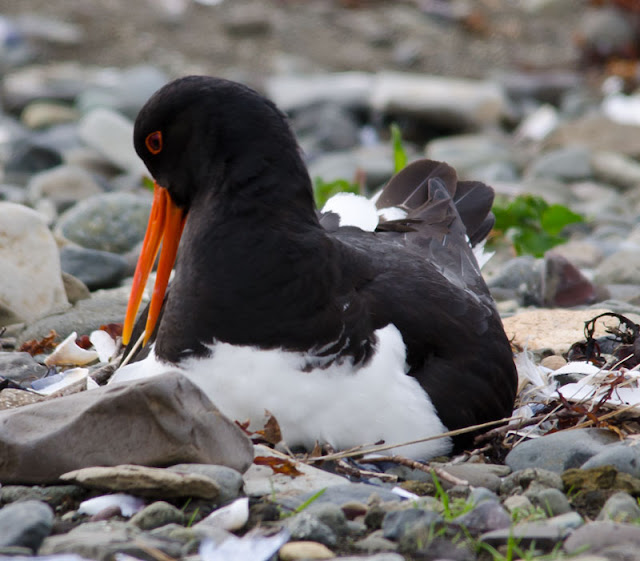