I tried a few different settings on the camera and managed to fluff most of the shots but the sightings remain the same. A couple of Golden Eagle were seeing off this WT Eagle at the start of the day. 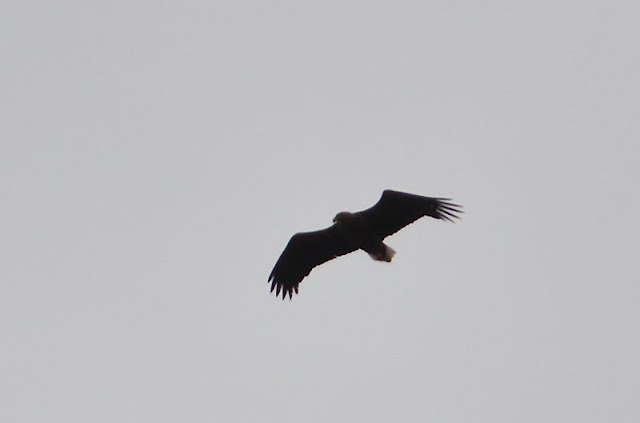 All the favourites were present with 1 Otter seen, several GN Diver, male Hen Harrier, Whimbrel, a WT Eagle at the nest where we had a young Golden Eagle being chased by a Raven. 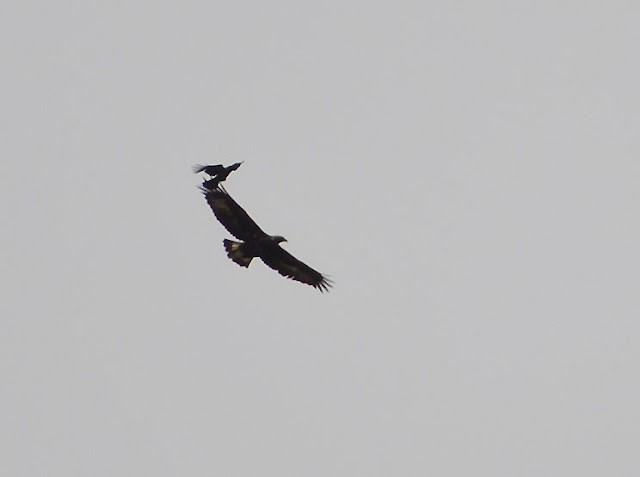 An Adder was difficult to spot but we all seen it, a Slow Worm was found in the middle of the road and plenty of other stuff. Just after the guests had left this chipper chap turned up to munch some cones - a Common Crossbill. 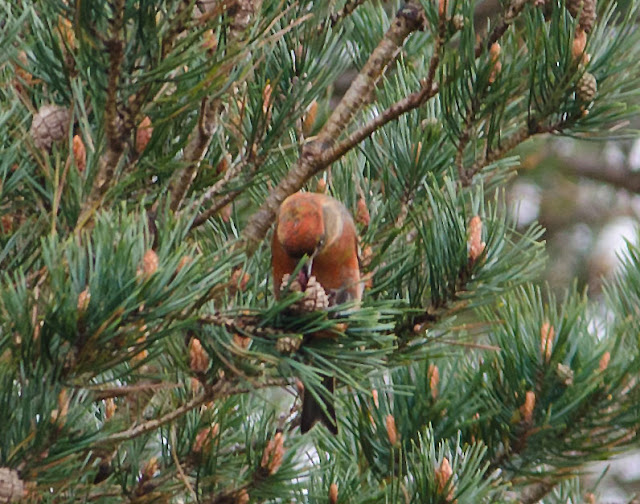 The following day we got straight into things with a Brent Goose being found feeding on the tide line. 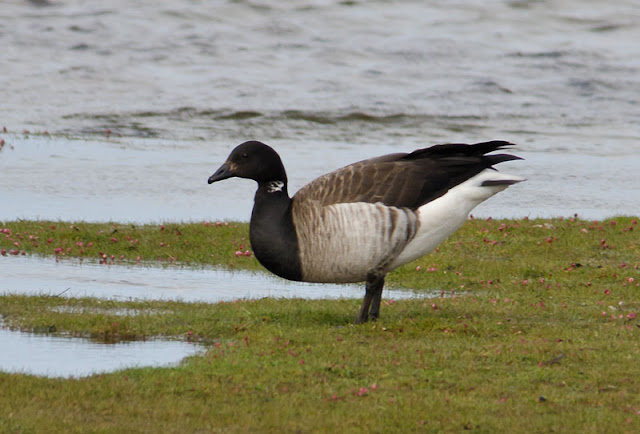 There were Ringed Plover and Dunlin on the beach, GN Diver in the bay and a Snipe dropped into the Iris at another location. A superb Red-throated Diver in summer plumage performed well while we had lunch. A male Common Crossbill was seen having a bath in a trickle of water. 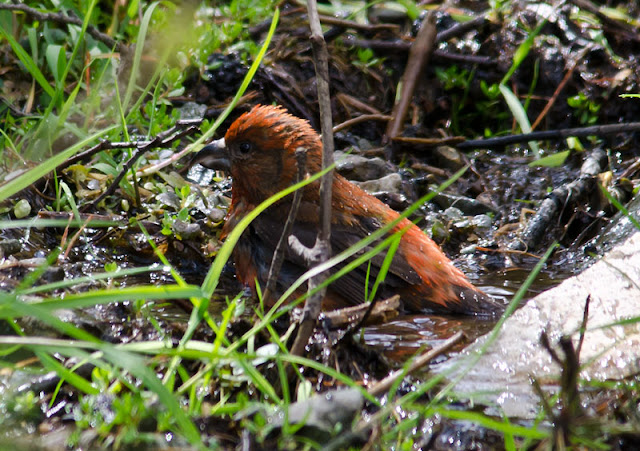 A day flying Pipistrelle Bat was a good find... 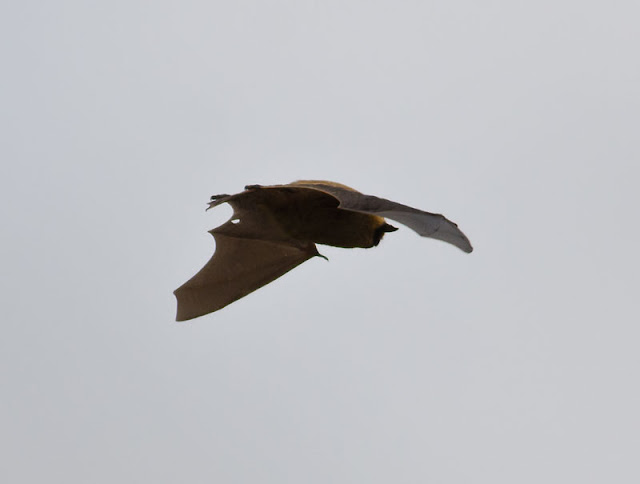 ...and it was nice to see the pale Buzzard again. 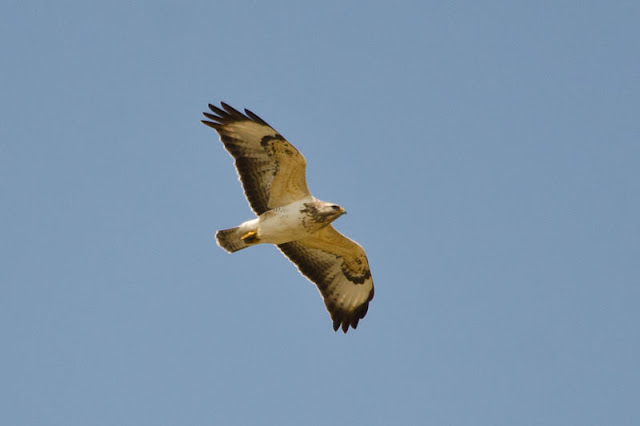 WT Eagle, Golden Eagle and Otter were seen in the afternoon plus Red Kite and Wood Warbler.
Posted by Bryan Rains at 22:10