Wednesday wasn't too bad a day so a run out was in order. Just for a change I was the passenger as Steve had offered to take me out. First in front of the camera was a Greenshank - as you can see there wasn't enough light yet. 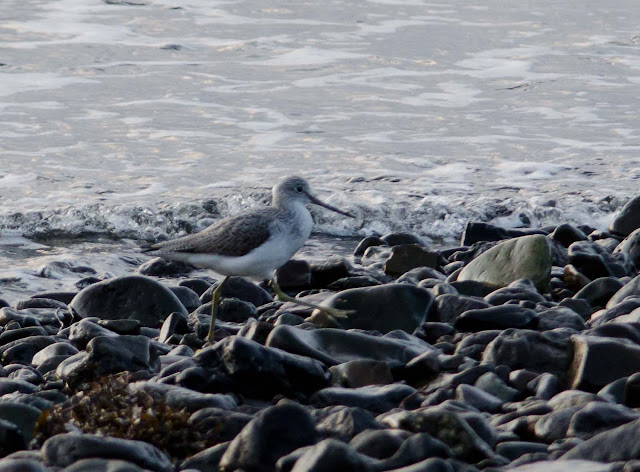 It was getting brighter by the minute so the Great Northern Diver didn't come out too bad. 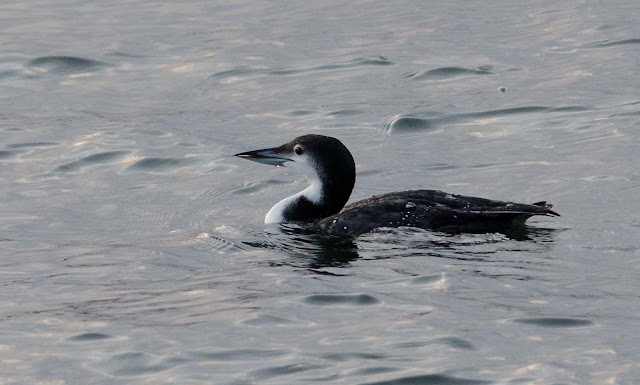 We did locate an Otter but it was heading away from us so we pressed on. A bit of time was spent looking at a Dipper before we headed off for the Iceland Gull - a new bird for Steve.

Another stop had us viewing a couple of distant WT Eagle. We finally got close to some eagles at our next stop. Initially there didn't seem to be anything happening but as we got to a place to park a large bird could be seen on the rocks. A quick look through the bins revealed a bit more - an adult WT Eagle plus two young birds. It wasn't too long before we found the reason for the gathering as three Otters broke the surface in front of the raptors. One of the young birds found something tasty to eat and took off. It showed great skill as it picked away at it's prize in mid air. 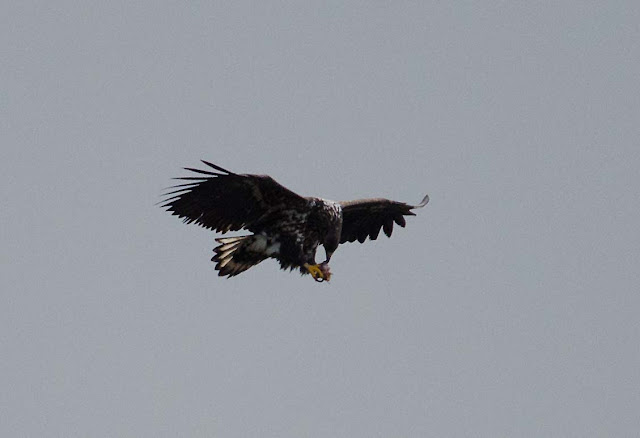 The eagles followed the Otters around often hovering above them when they caught a fish that was big enough to be brought ashore. 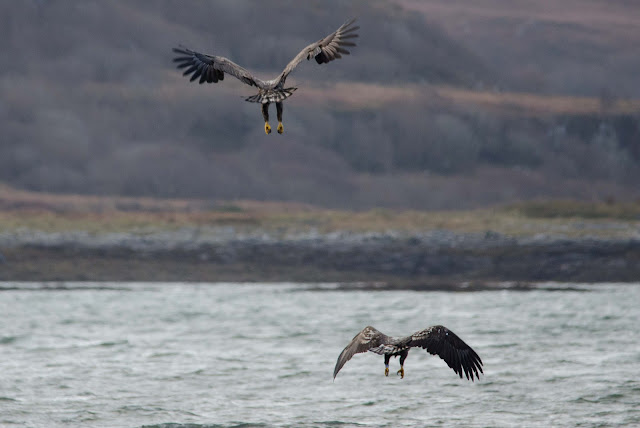 As the Otters moved off things settled down but we did have one more piece of action as we were leaving. A couple of eagles appeared in the air just as we pulled away, a bit of interaction as they touched talons and then moved off. I managed a couple of blurry shots and found that it had been a Golden Eagle chasing off one of the young WT Eagles - awesome stuff. The light was fading fast as the clouds started to roll in and the sun (what sun?!) was sinking towards the horizon. A juvenile Hen Harrier graced us with it's presence as we were heading back. A cracking way to finish the day - cheers Steve. 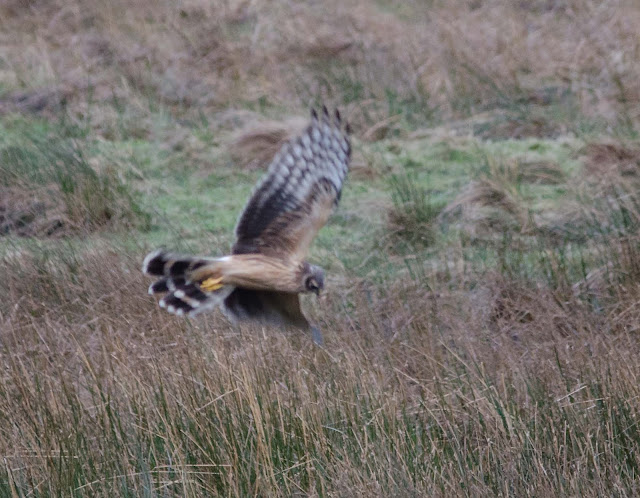 All the best to you and yours Bryan, keep up the good work with the blog, in a small way it keeps me in touch with a place i am totally in love with.

Cheers Stuart. All the best to you too.