A quick run out on Tuesday in some, briefly, brighter conditions. Not the best set of photographs but it's all I have. I thought it might be worth looking for Golden Eagle to start with and I wasn't disappointed. One of the birds was perched on the skyline being hassled by a Kestrel and it wasn't too long before it took flight. You can see the Goldie keeping an eye on the Kestrel in this one. 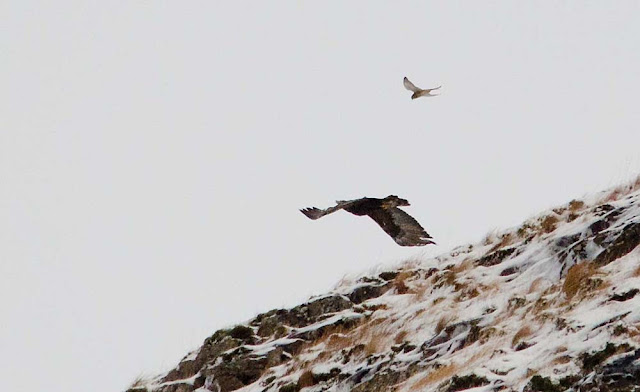 It wasn't the Kestrel that got the Golden Eagle up but it's mate was arriving on the scene. 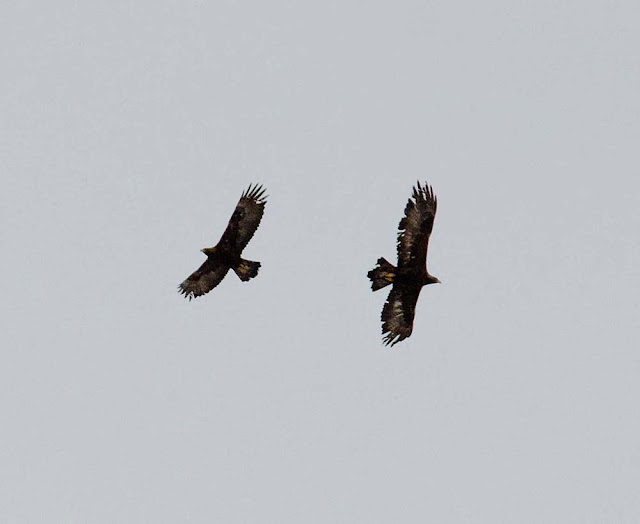 With all the snow there are a lot of Red Deer close to the road at the moment. Nice to get one with a snowy background. 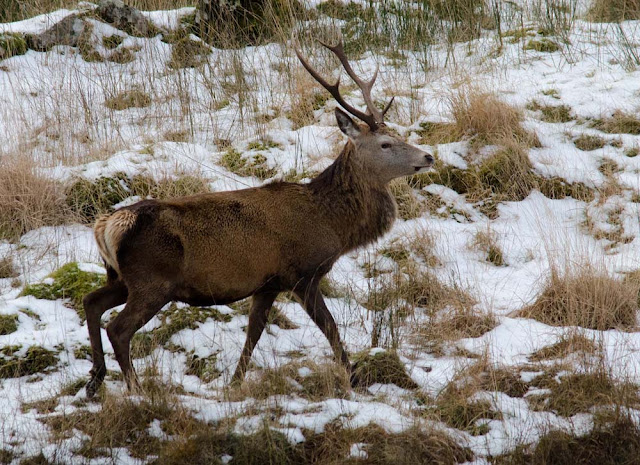 A change of location produced another Golden Eagle sitting on a rock on the skyline but it was pretty distant. The light was starting to fade as the cloud started to build up. A Buzzard was sitting on a telegraph pole and I could hear a vehicle approaching so I waited for the bird to take off. 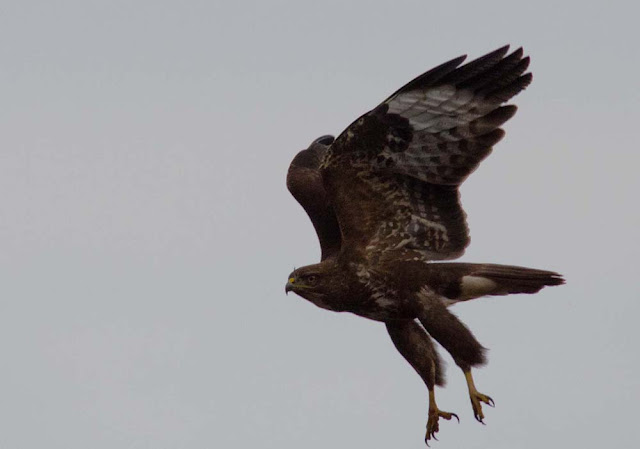 I spent a pleasant half an hour watching this WT Eagle hoping for it to take flight. 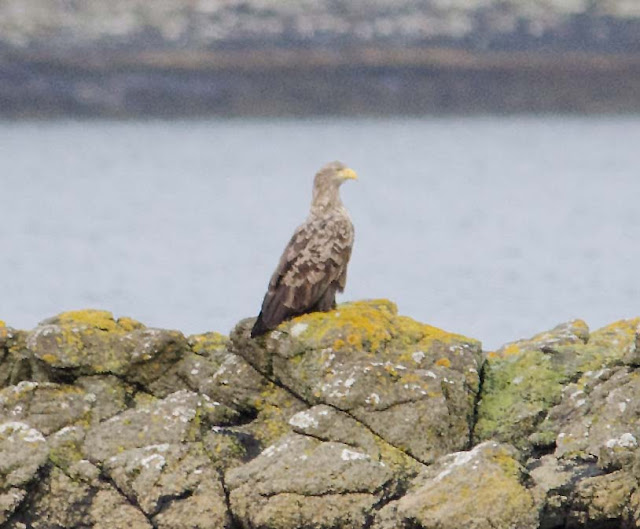 While I waited I had a couple of Common Seals come to check me out, a couple of GN Diver were calling to each other when they surfaced, a group of 30 Shag were fishing offshore and a couple of Greylag Goose cackled their way past too. 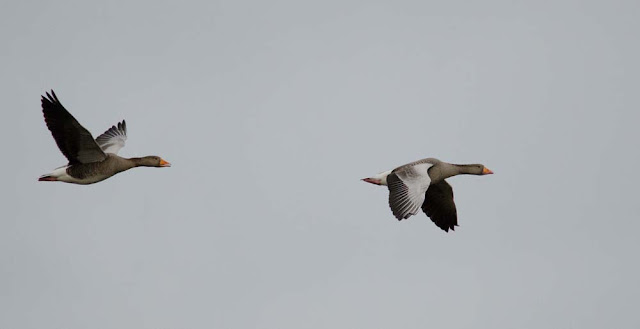 I followed a small flock of Long-tailed Tit along the road but the light was too poor for photos. We'd seen a Peregrine outside the shop earlier in the morning but we lost sight of it as it stooped at the waders on the shore. I was surprised to find, possibly, the same bird some three hours later sitting digesting a meal. 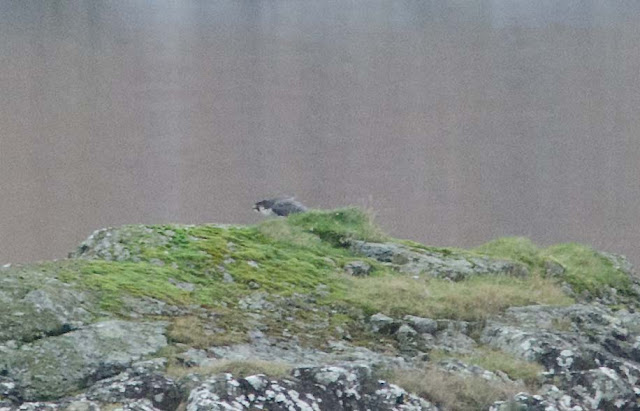 Excellent photo's Bryan, esp like the one of the Buzzard.