I'm falling behind again but I'll catch up with it all eventually - mostly by not going out! A quick run out on Saturday morning as the sun was rising was a real treat. The light wasn't great but the wildlife was still kicking about. A couple of Red Deer stags were right next to the road but they wouldn't stand still for a photo! 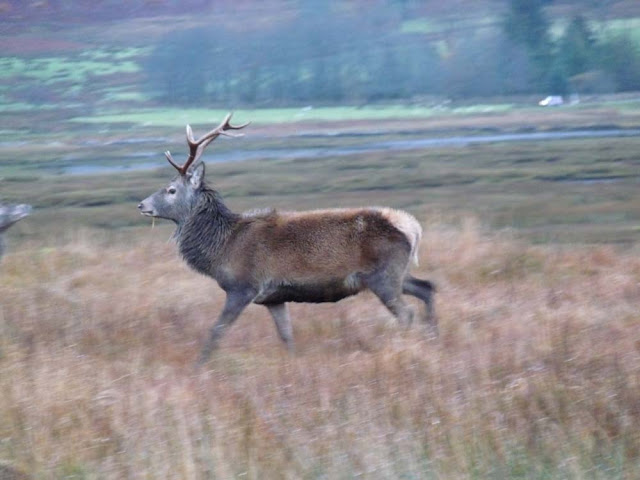 We followed an Otter along the shore and got some good views but the best photo was one where it had just swam past us before hauling out. 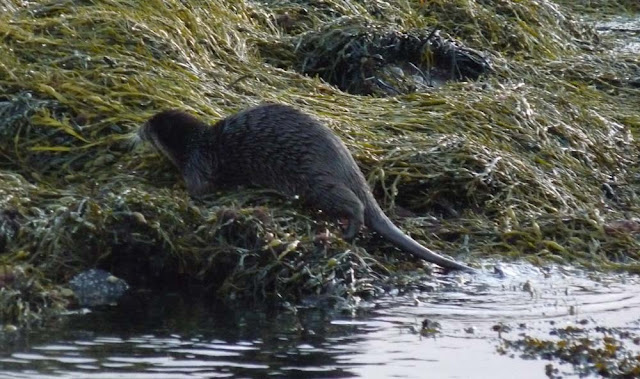 The tour on Monday was in fine conditions and provided some reasonable sightings. There were plenty of Golden Plover on show, a single Dunlin, a couple of Greenshank and a small squad of Ringed Plover. Hen Harriers are showing well too with numerous sightings through the day. Both types of eagle played hard to get but we managed to find them. We struggled to find an Otter early on but we made up for that with a close encounter of mum and two cubs. 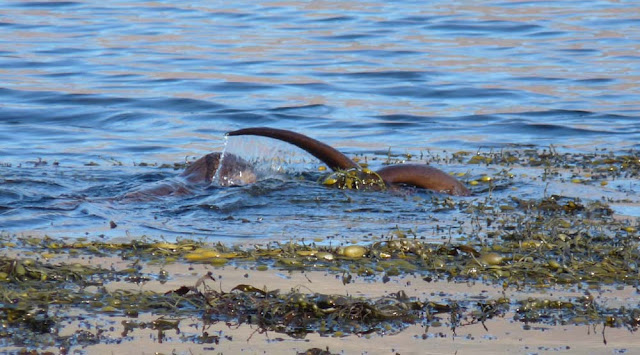 There are three in that photo, honest! One of the youngsters gave us a real show as it hauled out with a fish. 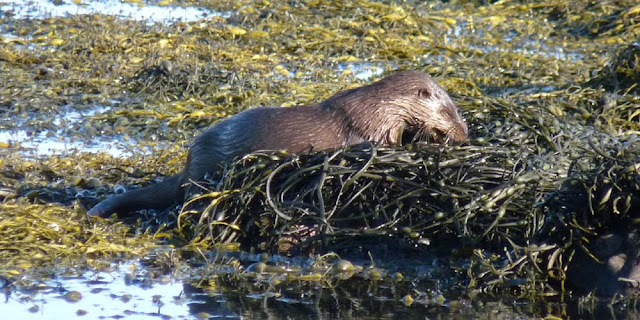 We got a nice surprise in the afternoon when we found a Swallow flying about. It landed a couple of times but it was always backlit - you can tell what it is though. 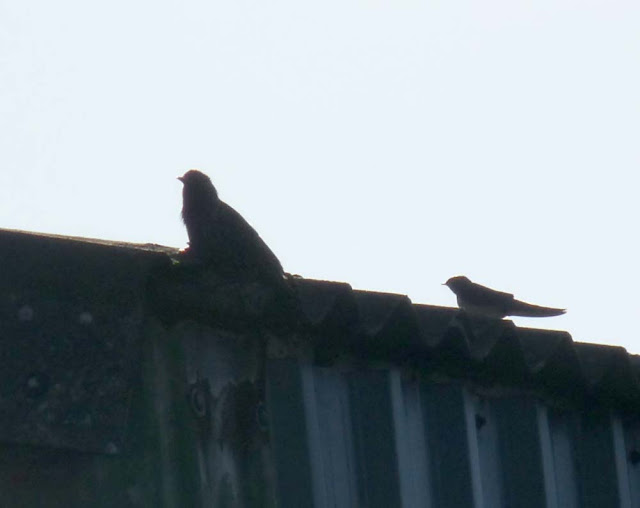 The Fieldfare and Redwing numbers are good at the moment with a fair smattering of Blackbirds too. 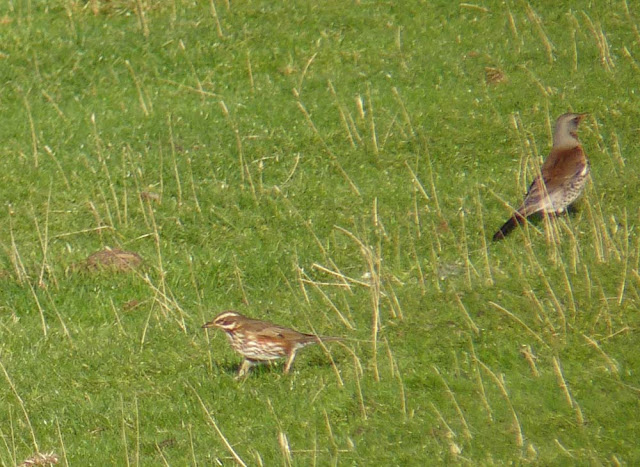 We finished the day watching the Great Northern Divers gathering offshore.
Monday evening we had a Barn Owl screeching on the roof and got a glimpse of it as it flew off.
Posted by Bryan Rains at 18:48

The otters are cool but love that stag photo!