Not a great deal to report at the moment more down to the poor weather than anything else. I had a quick run out on Friday and found a Black-throated Diver way out on the loch. I gave it a bit of time and managed to get it a bit closer but not really close enough. 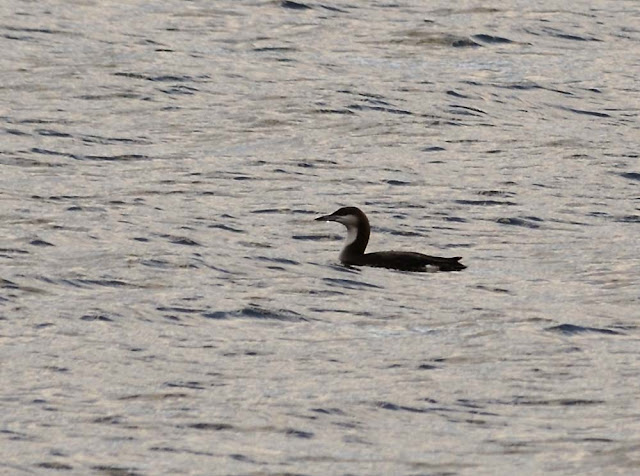 The wind was pretty savage and getting worse so I headed for home. A couple of Buzzard were hunting the side of the road and one of them stayed long enough to be photographed. 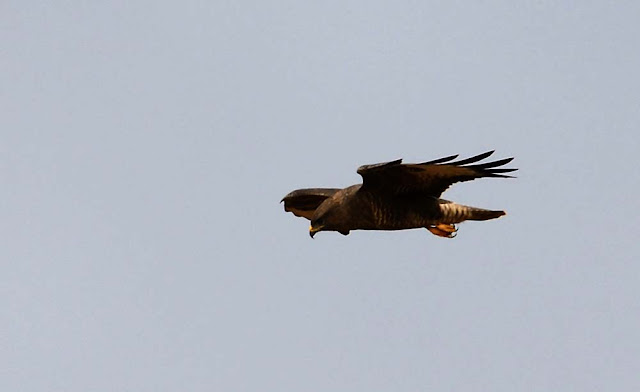 A single Whooper Swan dropped in on the loch and hung around for most of the afternoon before flying off into the gale. Not the best photo but you can see how much the bird was leaning into the wind! 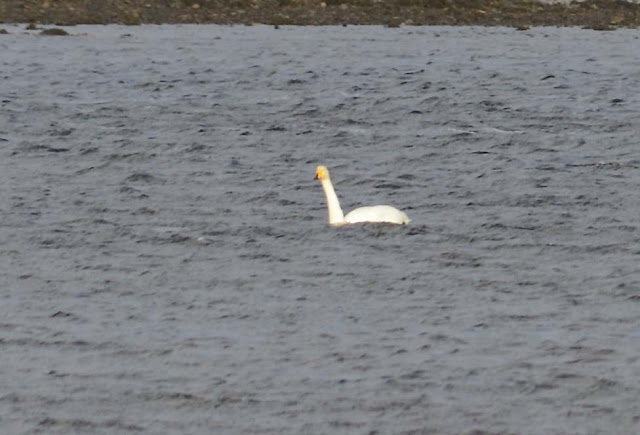 The weekend was really wild with gale force winds and plenty of rain - needless to say I didn't bother going out!
I picked up the spycam this morning so here are a few pics from that. First into the frame was a cat. 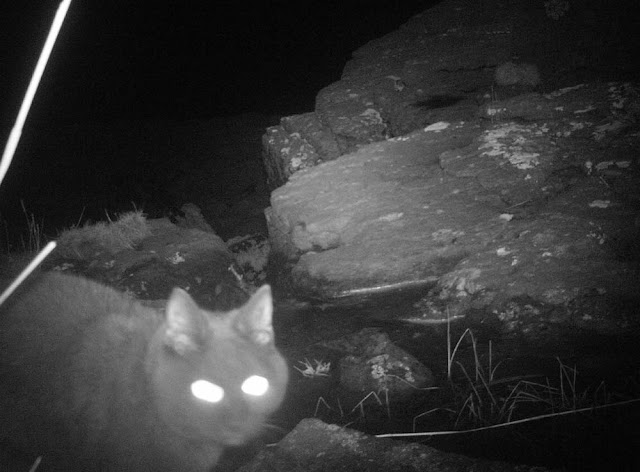 Next up was the main target - an Otter. It hung around the camera for a while before disappearing. 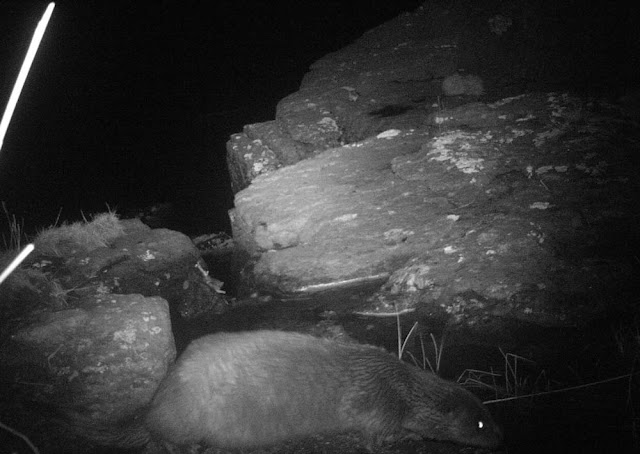 I think I was lucky that the camera didn't get washed away too. There were quite a few shots of water splashing the lens and you can see the tide is well in! 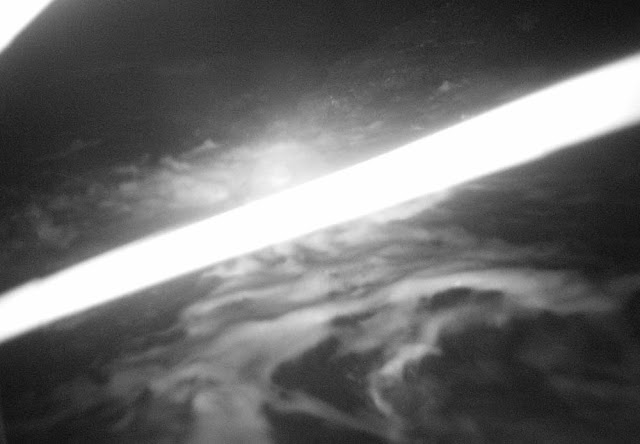 Doing the rounds this morning I managed to get a snap of the Grey Heron that stands in the river every morning as we head to the shop. 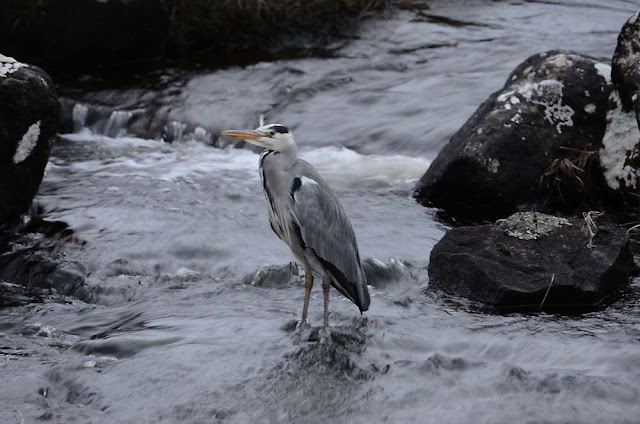 I did well with the birds of prey too. A nice Hen Harrier to start things off... 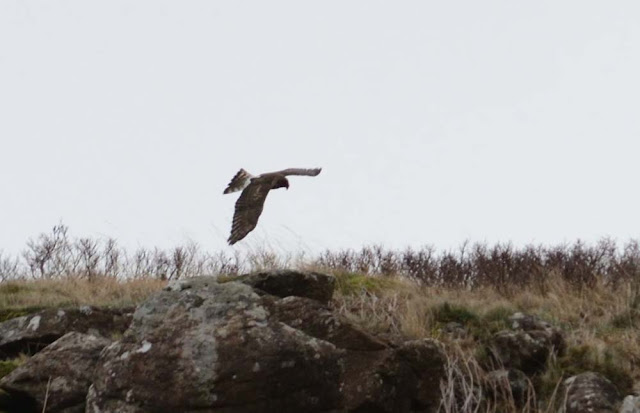 ...then a possible Merlin that was perched up. Not that sure as I couldn't stop but it looked a good candidate. Next up was a Kestrel that would give nothing but rear end views. 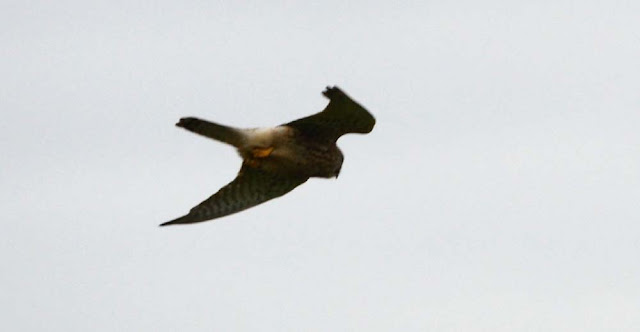 As the Kestrel veered away from me a Peregrine came screaming in and tried to take the Kestrel - times must be hard in the poor weather. A real bonus next as I was checking out the flock of 18 WF Geese a male Hen Harrier put in an appearance. 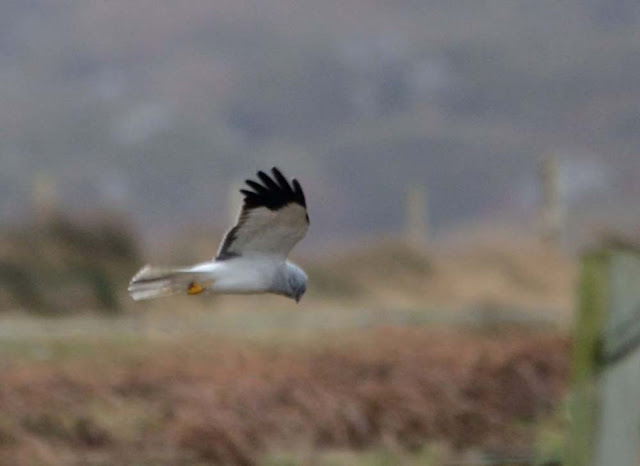 If you thought those last few photographs were pretty bad, brace yourself for the next three!! I was heading for home when an Otter came out of a burn and onto the road in front of me. I followed it up to a point where I could stop and the Otter left the road and headed for the sea. It was fair distance away by the time it came out of the long grass - splash... 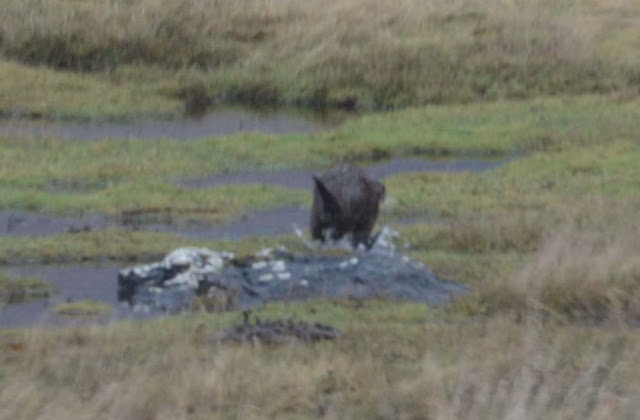 It didn't like the look of the next bit of water so it took a leap...

...across to the other side. 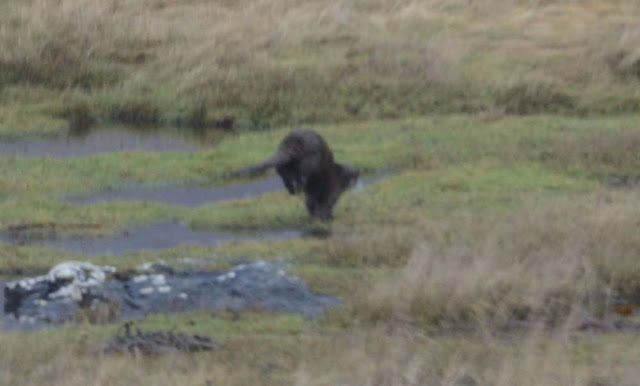 It was certainly on a mission and it could still be on the run now!
Posted by Bryan Rains at 15:14