I was standing outside the shop this morning when a flock of birds came up from the shore to land on the wires - an impressive flock of 22 Rock Pipits! While looking at those birds I could hear the 'pit, pit, pit' calls of Long-tailed Tit just before twelve of them came flitting overhead - a nice way to start the day. I couldn't resist going out to see what else was out there. Most of the water was flat calm so it wasn't too long before I'd picked up an Otter. It didn't take too long before it came ashore but it was a fair distance away - not a bad effort though. 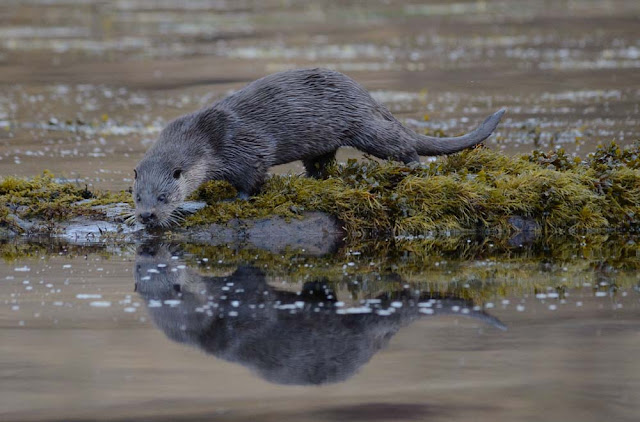 The Otter paused on the edge of the rock and dipped it's face in the water and then had a good shake. 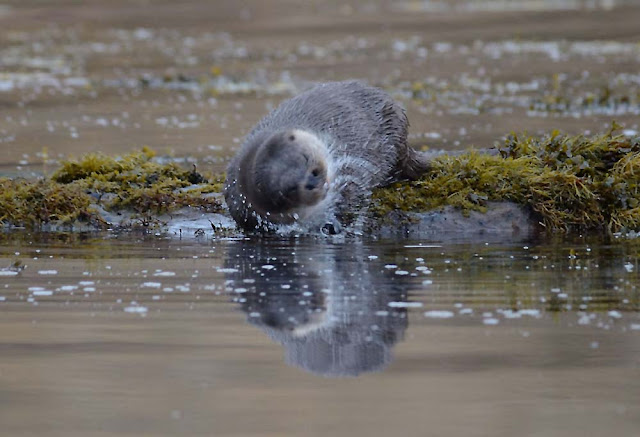 Enough of the regular stuff...there wasn't that much stuff on the loch but a single Guillemot, a Dipper, one Red-throated Diver, Shags and about 12 Great Northern Diver. 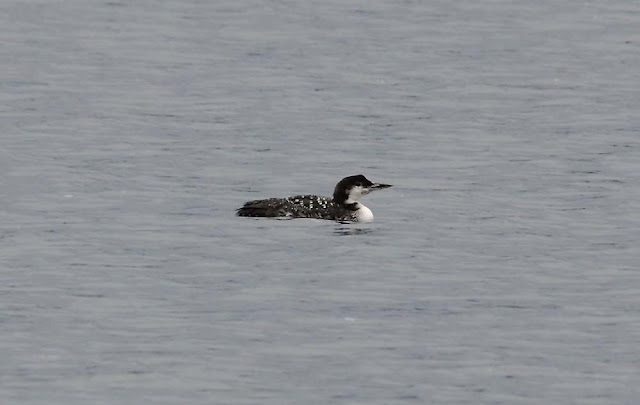 There are still plenty of Blackbirds around... 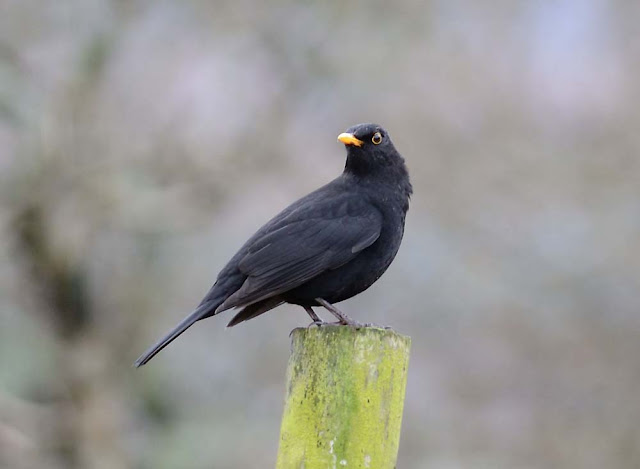 ...but the Fieldfare and Redwing seemed to have dispersed. I spent a bit of time watching this Cormorant fishing it's way towards me - it was worth the wait. 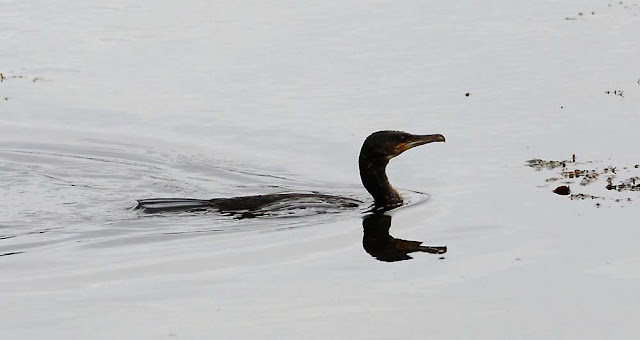 The Red-breasted Mergansers are fishing in decent sized flocks around the shore but most of them keep their distance but you do get the odd close encounter. 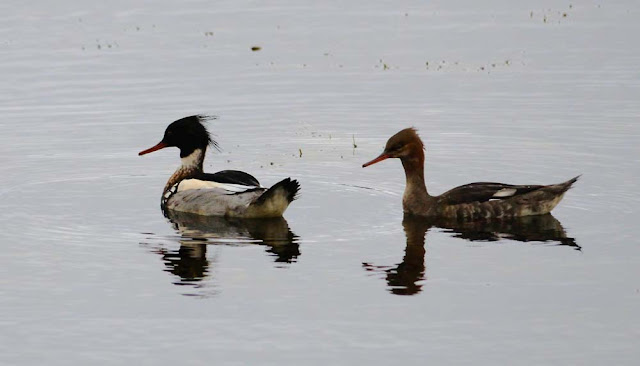 As for the Stonechats - you can't drive past them can you?! 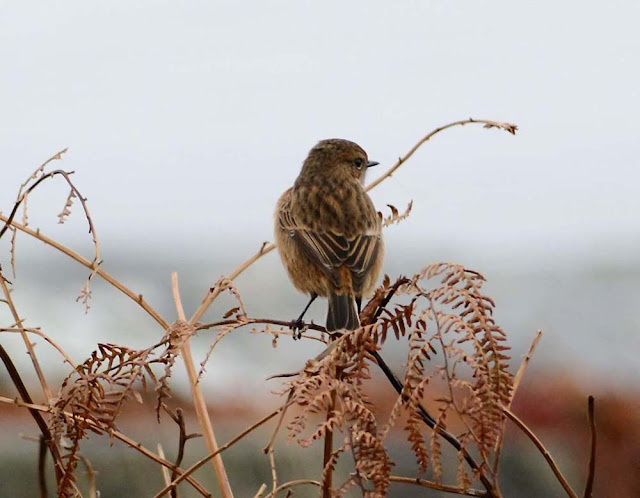 great photos of the otters and the mergansers!

Cheers Wilma. I'd like a better shot of the Mergs - it'll come.