Sunday was a bit of a contrast to the previous day in the fact that it was quite windy. The wind chill was tremendous so we didn't stay out too long! Two Golden Eagle and two WT Eagle within 10 minutes of leaving the house was a good start but I was reluctant to brave the elements for any length of time. Sitting in the car and looking out of the window is not the best option, but there you go,that's what happened. Lookin' after No.1 is always a good option. After the eagle viewing it was time to have a cup of tea and some lunch (it was a late start). We set off again after lunch and tried standing out in the biting wind but it wasn't producing anything good. A Red Deer close to the road looked like it was same one I photographed yesterday. 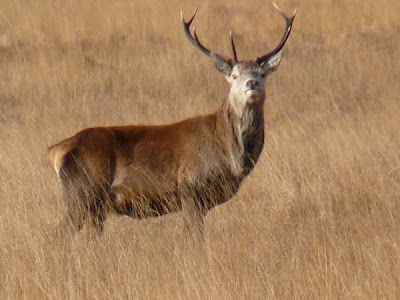 I kept the options down to 'if I couldn't see it from the car with the naked eye then it wasn't worth it'. A small group of RB Mergs close to shore got the camera pointed at them...

...and a Grey Heron in silhouette was the best that we got. 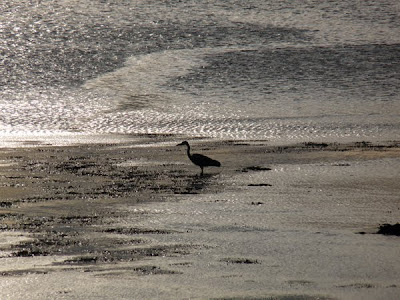 I decided that watching the football in the warm was the way to go. Shocking but true!
Another cold day today but a bit less wind had me hitting the road again to see if I could improve on the previous day. A slow drive round the loch produced 3 Little Grebe, at least 6 GN Diver, plenty of RB Merg, a few Shag, 1 Greenshank, 9 Golden Plover, 10 Turnstone, 4 Ringed Plover, double figures for Redshank and 5 Goosander. A distant Heron masquerading as an eagle and a lump on a rock trying to look like an Otter were taken on board before this WT Eagle was picked up hiding in a Larch! 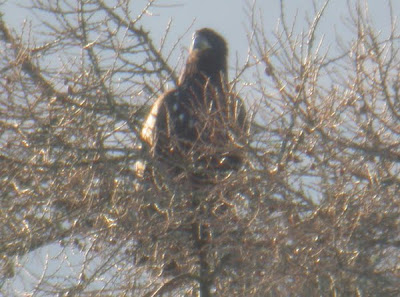 It was starting to look like a poor day but there was still the afternoon to go. A distant Golden Eagle perched on the ridge was a good starter. Another two Golden Eagle with a possible third made things look better. Not a bad view but not close enough for photos. A couple of Stonechat didn't want to hang around for photos so it was time to move again. A male Hen Harrier cruised below the ridge before flicking over the back and a female of the same species took over the airspace almost immediately. Still nothing to photograph though so I took the opportunity to get a snap of the Rooks and a couple of Jackdaws. 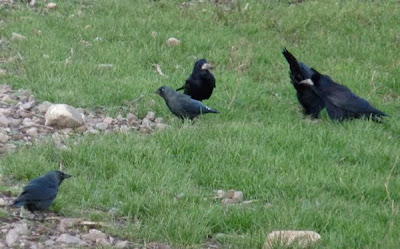 I checked the Greenland WF Goose flock which, again, numbered 30 but I couldn't get any further as the road was being repaired - time to head back with the sun dropping fast. A Golden Eagle was the last sight of the day heading off to roost no doubt. 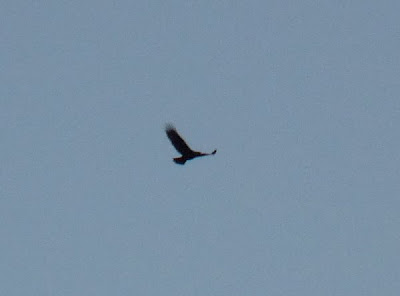 Tremendous views on the way back home and I couldn't resist taking a few snaps. It's a cracking view eh?

Ben More with a cloud peeling off the top.... 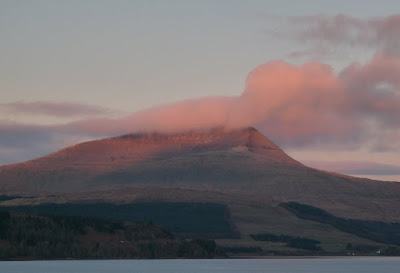 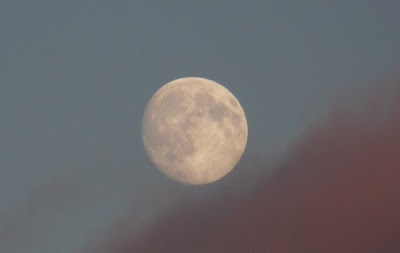