Doesn't time fly when you are having fun? I can't believe that my last posting was on Friday and I have no new photos for this one! Friday I spent sorting out my photos and typing up the diary, Saturday I was in charge of the shop but I did manage to check out the waders outside that included 30 Golden Plover, 3 Dunlin, 3 Greenshank and 6 Ringed Plover. A Golden Plover shot from a while ago...cracking birds. 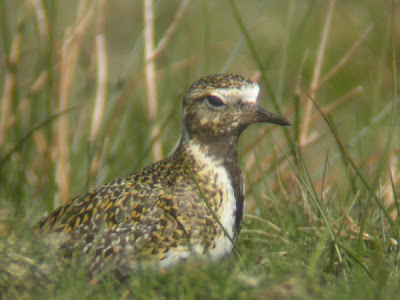 Also on Saturday I was watching the dog Otter fishing in the loch from the shop doorway - cool or what. Just to top that one...later in the evening, while leaving the pub (I'd only had a pint), the dog Otter was just heading back into the loch. We watched him lollop down the machair into the loch and get stuck into his fish supper!
Sunday was rained off but I did make the effort of going out to try for a few shots. I was offered a run out so we went in search of anything that was within camera reach. Not a good idea in poor conditions! We managed to see Golden Eagle flying briefly in the rain, a couple of WT Eagle and we didn't bother looking for the Otters due to the conditions. How committed is that?!
Monday was a better day after the rain stopped early on. There was quite a wind blowing though so the Otter spotting was going to be challenging. With WT Eagle in the bag we headed off for the elusive mustelid. We found one surprisingly quick but lost it just as fast. It was feeding one minute and then heading off on a mission the next - not easy to follow in choppy conditions. Everyone got to see it before it disappeared from view. Next up was Golden Eagle....we headed off and picked up a female Hen Harrier fairly quickly. The showers were still pushing through, some heavy, but there is always the expectation of birds getting up to dry themselves off. We waited in a good location and managed to get a few Buzzards but nothing bigger. We moved on but on the next stop, looking back to where we had just been, two Golden Eagle flying around! Back in the motor to get a closer view. With the wind still blowing in from the West it wasn't a surprise to see the large flock of Gannets fishing. Plenty of Manx Shearwater with them and a good smattering of Kittiwakes too. Gannets are superb to watch even if they are just flying by but to get the feeding birds is top quality stuff. The closer you get the better they are too. I once had a trip out to Bass Rock and had the privileged to walk amongst these birds. Visiting a seabird colony is an unforgettable experience and certainly something that everyone should do - the sight, the sound, the smell it's just fantastic! These photos were taken at Bempton Cliffs.... 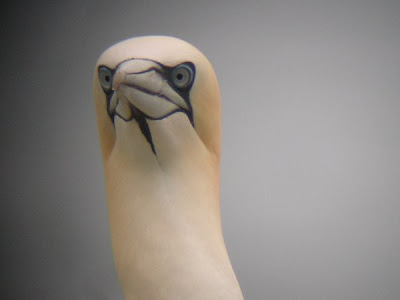 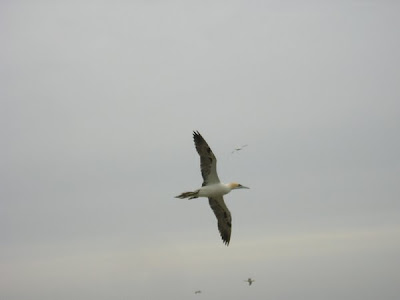 Just to top the day off nicely we managed to find a Bonxie (Great Skua) harassing the Gannets too. 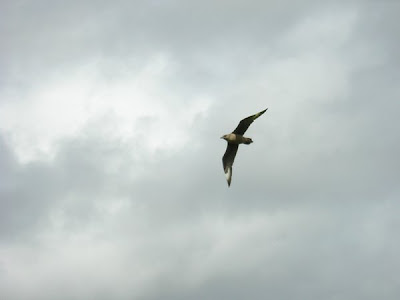