Another beautiful day today with a pleasant breeze. The birds were eluding the camera today so I've stuck a few beastie photos on instead. We started off with the WT Eagle but we just had the chick doing nothing much. It doesn't take them long to learn that bit of life! As we were waiting for something to happen I could hear the 'chip, chip' call of Crossbills - a flock of 20 birds flying around - cracking stuff. Next stop produced a few Red Deer hinds with a single calf. There was a lamb with it's head stuck in the fence just up the road from where we had stopped so I rescued that and made sure it went back to mum - result. As a reward for the good deed two Golden Eagle cleared the ridge, an adult and a juv. The juv started displaying giving shallow rollercoaster swoops but the adult showed how it was supposed to be done - spectacular stuff! We tootled off looking for Otters only to find an adult WT sitting on the ridge before locating mum and cub Otters a bit further along. A stop for a comfort break was rudely interrupted by a female Hen Harrier showing very well - worth holding it in for! That was me worn out with all the excitement and still more than half the day to go. We filled the time in nicely though with RB Mergs, Adders, Whinchat, Quail calling, Mountain Hare etc. Just one of those days where you don't have to try too hard. While filling some time in I chased the Grasshoppers around with the camera - Common Green Grasshopper I think. 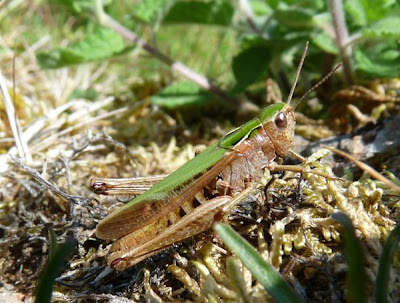 It was hiding under some nice Harebells so I snapped them too. 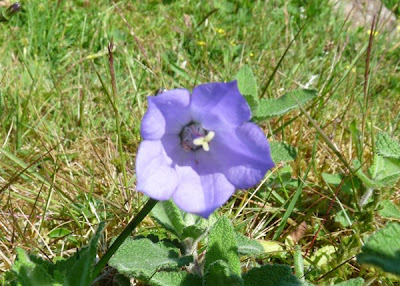 The Dark Green Fritillaries are abundant at the moment but always active so it was nice to get this one just having a feed. Wings open......... 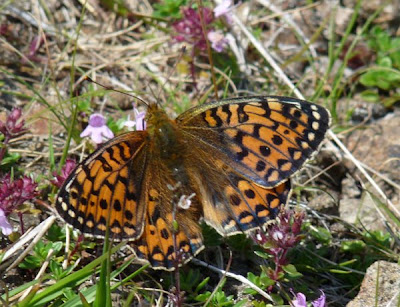 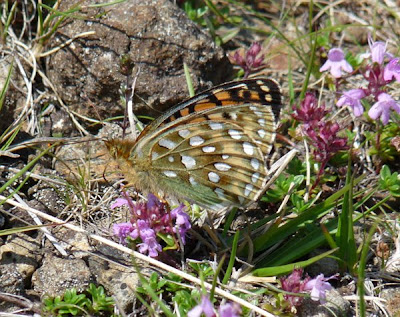 A token bird photo just in case you think I've lost it - a Reed Bunting giving it six nowt! 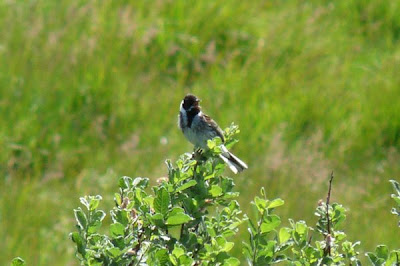