We had an early run out and found a few Red Deer sleeping at the side of the road in the snow. The sun wasn't up so it was a bit dark at the time. 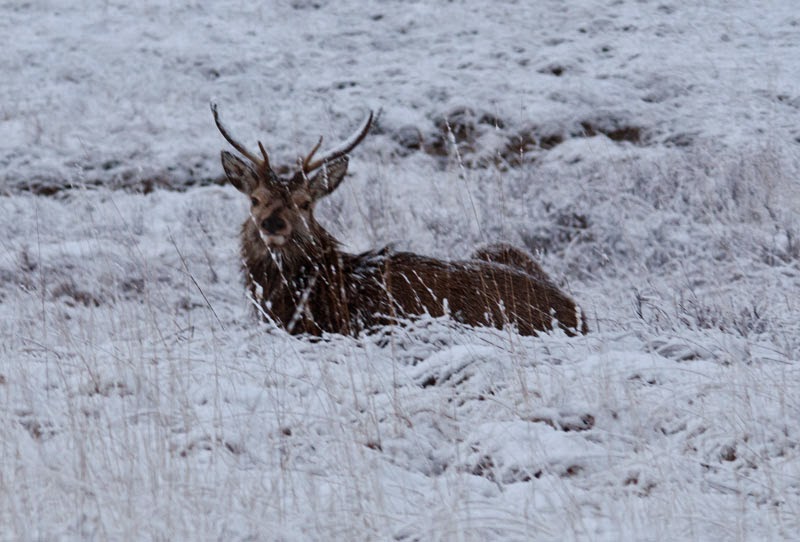 The sun did come out a bit later on which gave us a chance to get a few more snaps. The Common Crossbills are present every day at Pennyghael Stores. 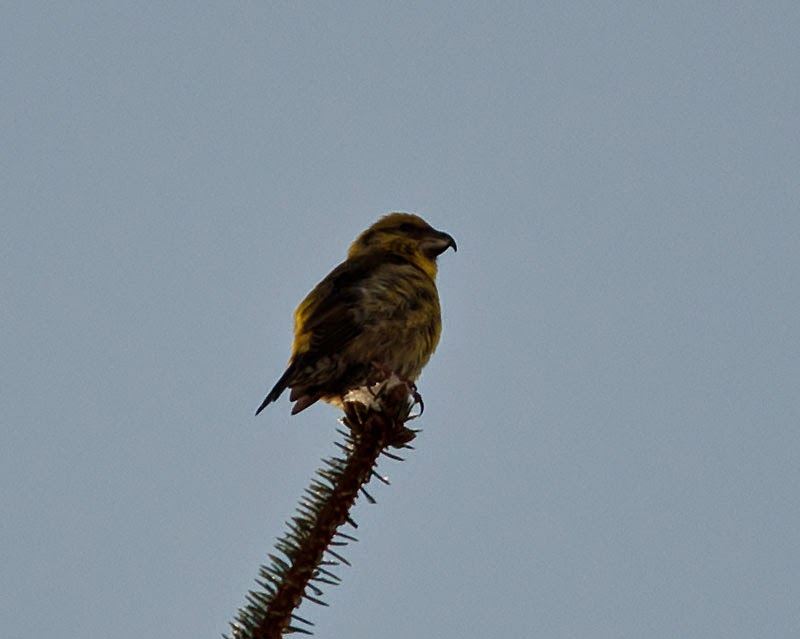 There are loads of Grey Heron as usual so getting one with a fish is something different so worth getting the camera out. 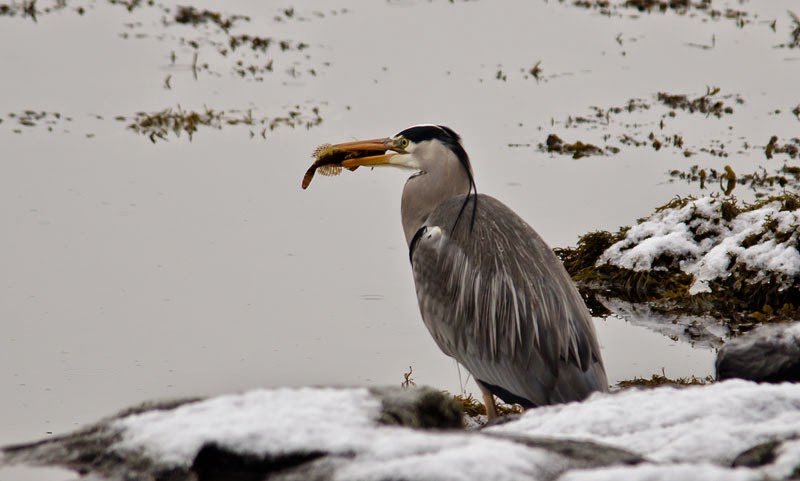 We were watching an Otter feeding just offshore and this Greenshank came wandering past. 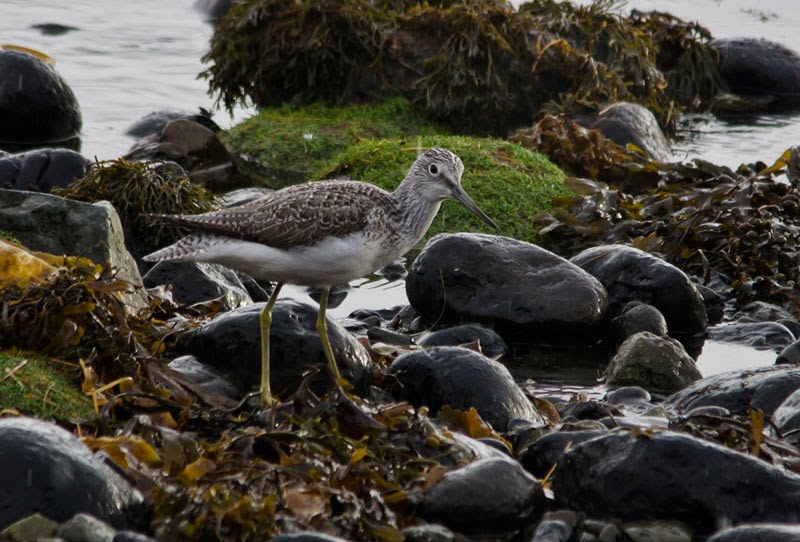 The views were just awesome too... 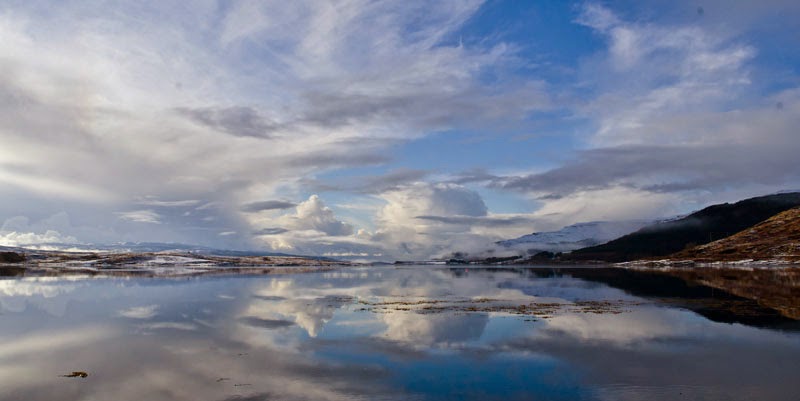 ...but you have to be quick because the snow won't stay too long beside the sea. 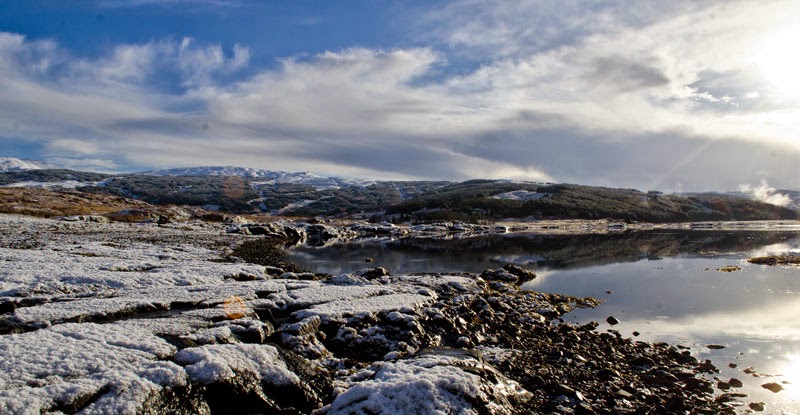 It's not that often that you get ice in the sea - brrrrrrrrrrrrrrr!!! 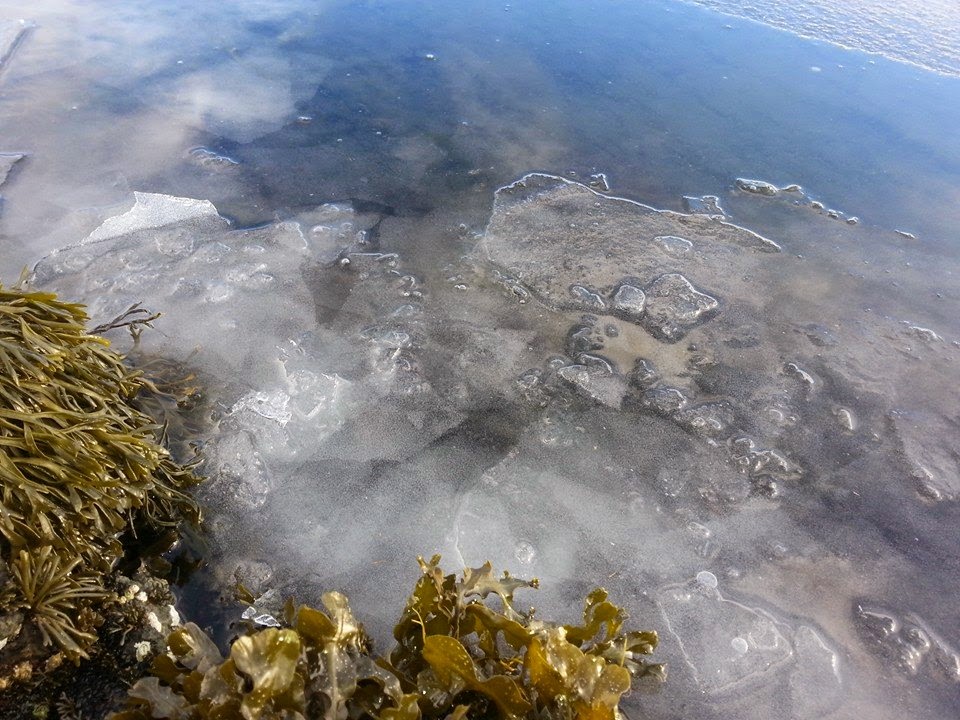