I found this Pied Wagtail sitting on the roof of the bus stop - I don't think it was waiting for a bus. 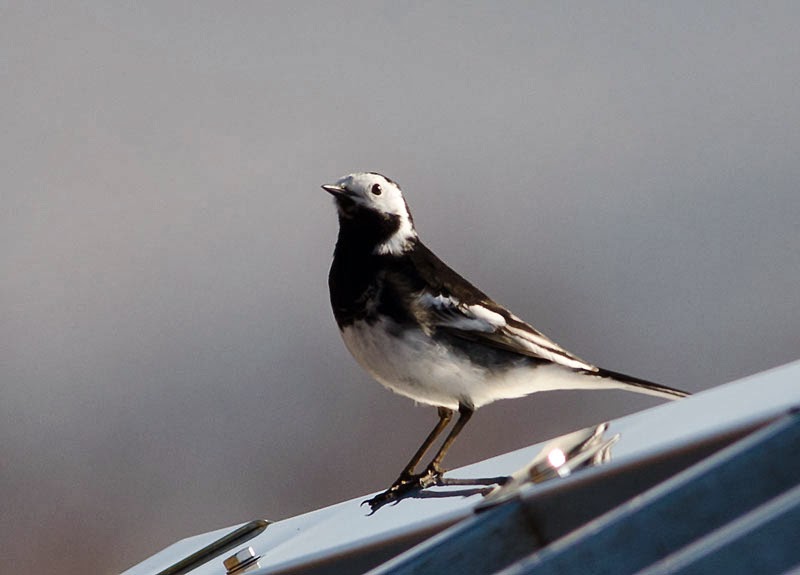 A pair of Reed Bunting were hanging round a cattle feeder - he looks like he is trying to impress the female bird by raising the crown feathers. 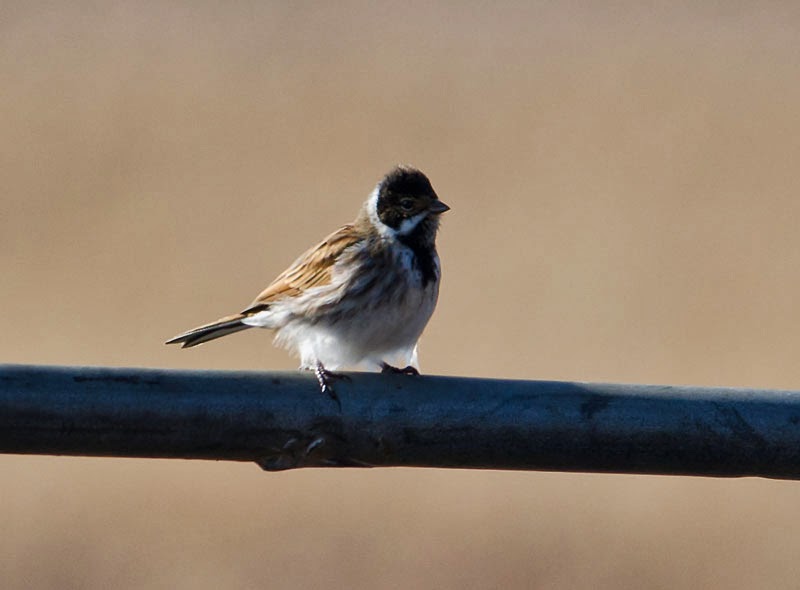 A GN Diver caught my eye but as it moved away I could see a Guillemot coming in a bit closer. There was no cover so it was never going to be good - just sit and wait. 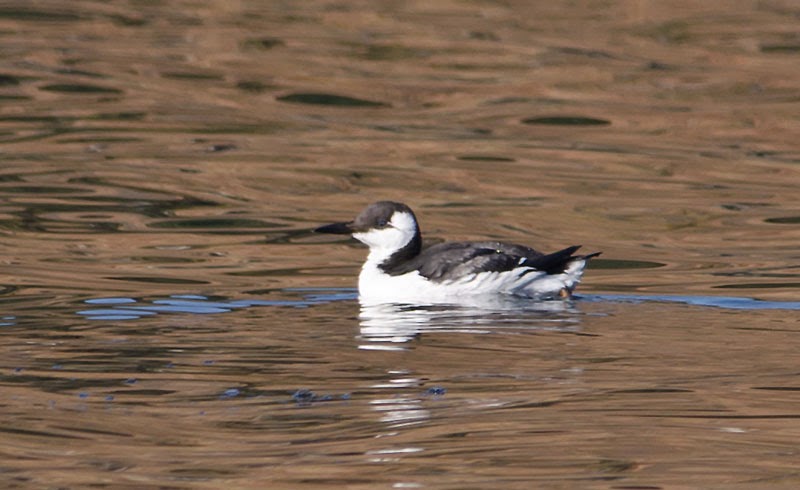 A pair of Golden Eagle were seen flying around together while a pair of WT Eagle were sitting in a tree. The WT Eagles were quite vocal... 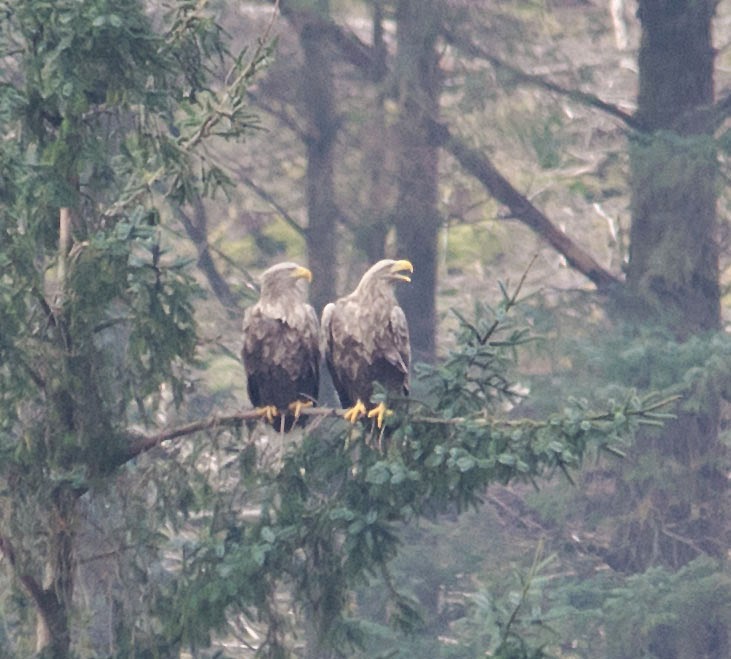 ...probably because of the pesky Buzzard. They certainly make the Buzzard look small. 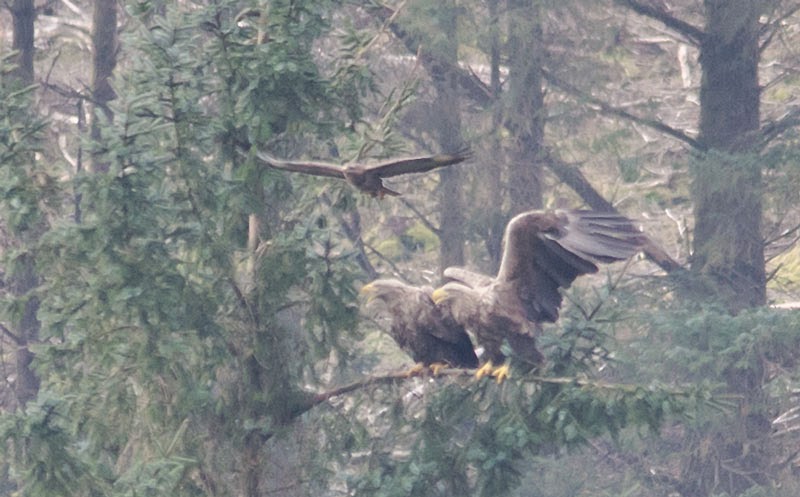 The birds were seen to mate before flying off. Nothing left to photograph but the Primroses! 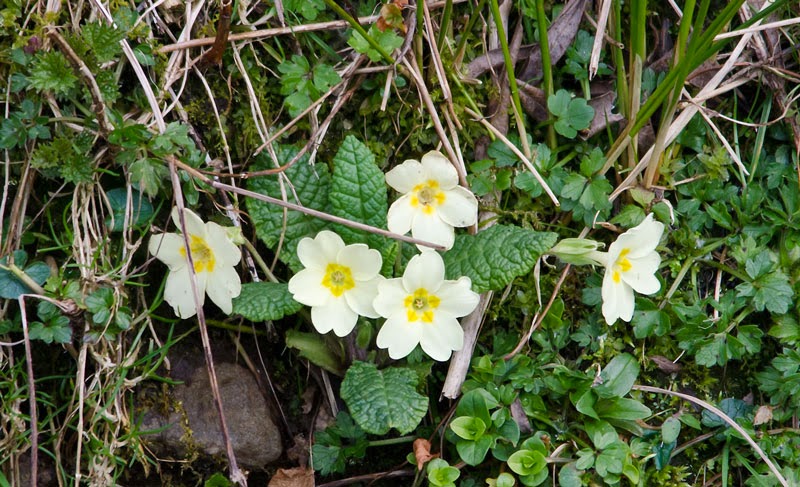 Spring is obviously there on Mull!