I never caught up with the first few Northern Wheatears that came through so it was nice to finally see one. 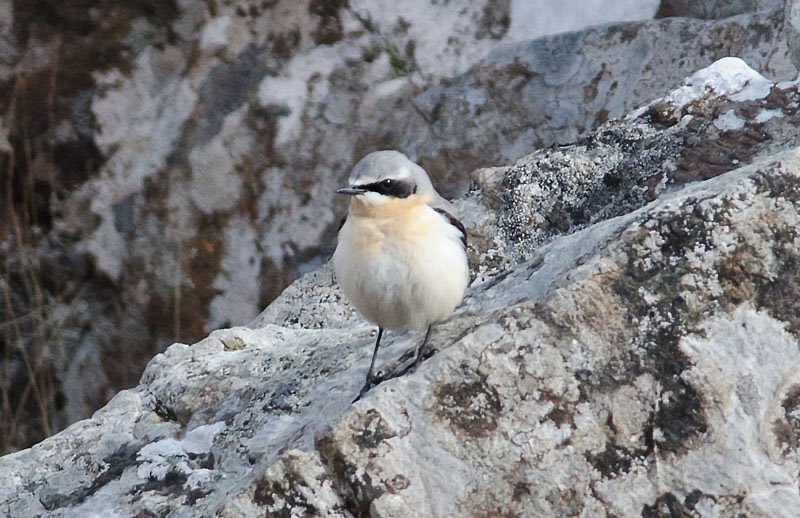 A Stonchat was close by vying for the 'who looks the best' medal... 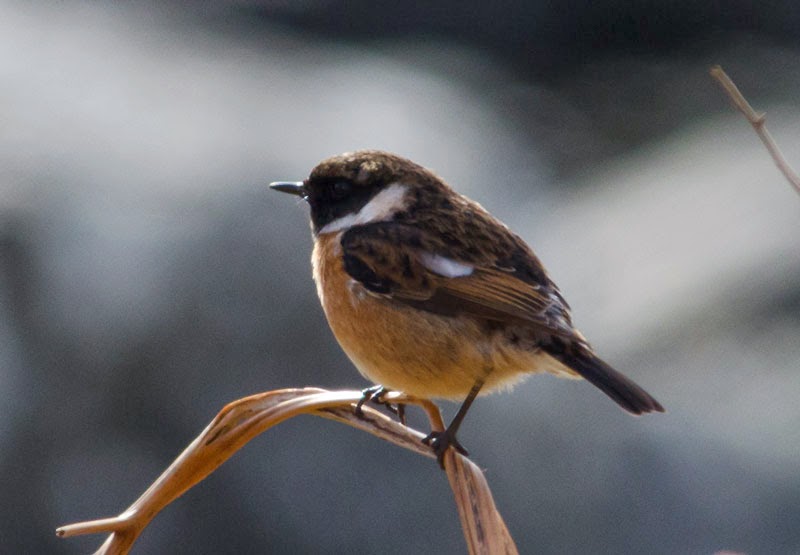 ...and just for a change it was nice weather!

An otter was seen in the loch doing a bit of fishing but a distant Golden Eagle was just begging for a closer encounter as it hung in the wind. There is a fair bit of feather wear going on there too. 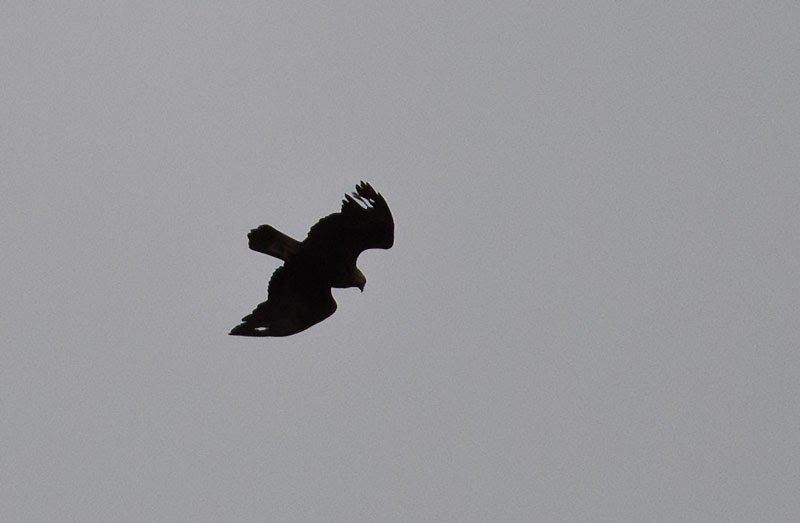 Talking of feather wear if you look at the wing of this Northern Wheatear you can see a beige patch which is just the last bits of feather edge to come off before he looks his best. 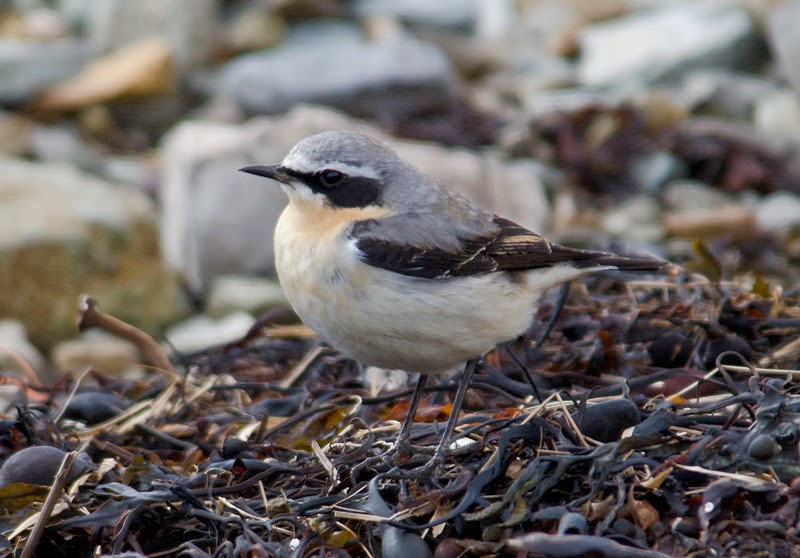