Finally, a nice day! I had to put some fuel in the car so that gave me a chance to go a bit further afield. No sign of the WT Eagles on the rocks above the Common Seals.

I came across a couple of Jackdaws in a group of Rooks and there were a few Tufted Duck on the loch. 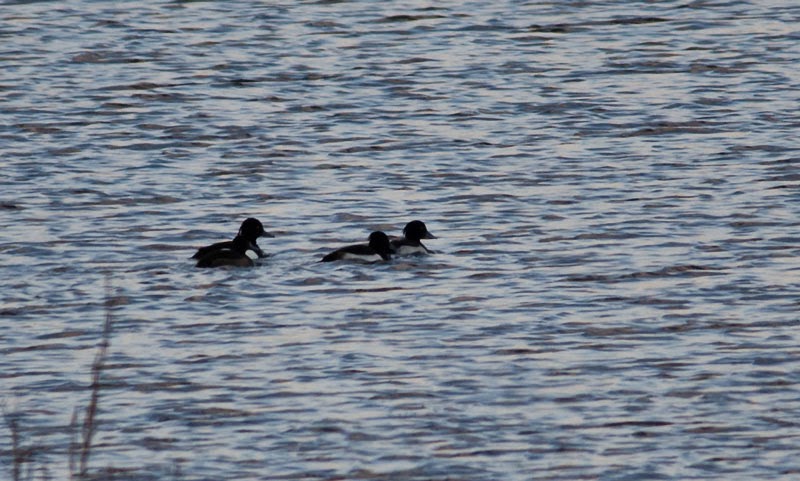 ...were in the same field as 25 Greenland White-fronted Geese. A bit of a wander around was worthwhile as I came across this Mountain Hare enjoying the sunshine and keeping out of the breeze. A flock of Wigeon were flying along the shoreline... 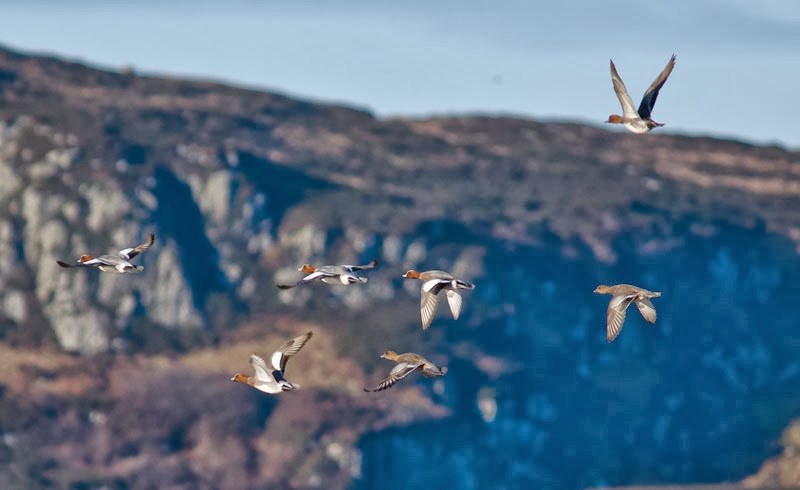 ...as the hare decided to move off. 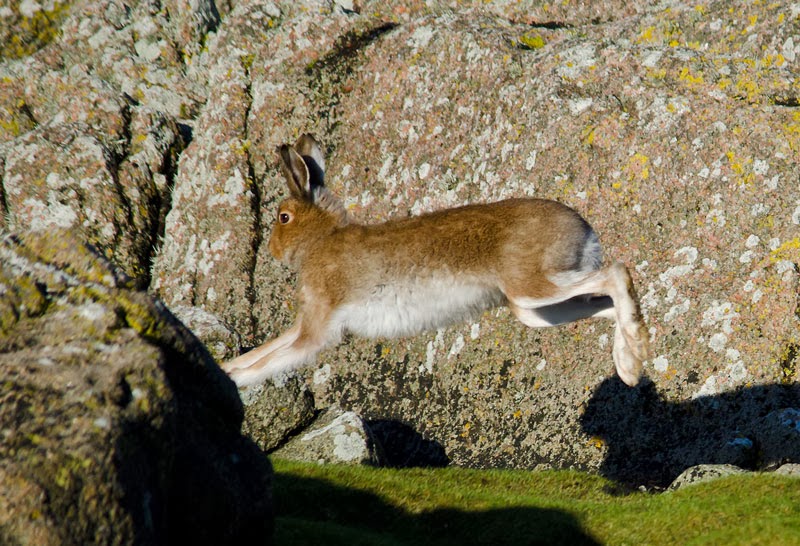 It didn't go too far but it kept an eye on me as I headed in the opposite direction. 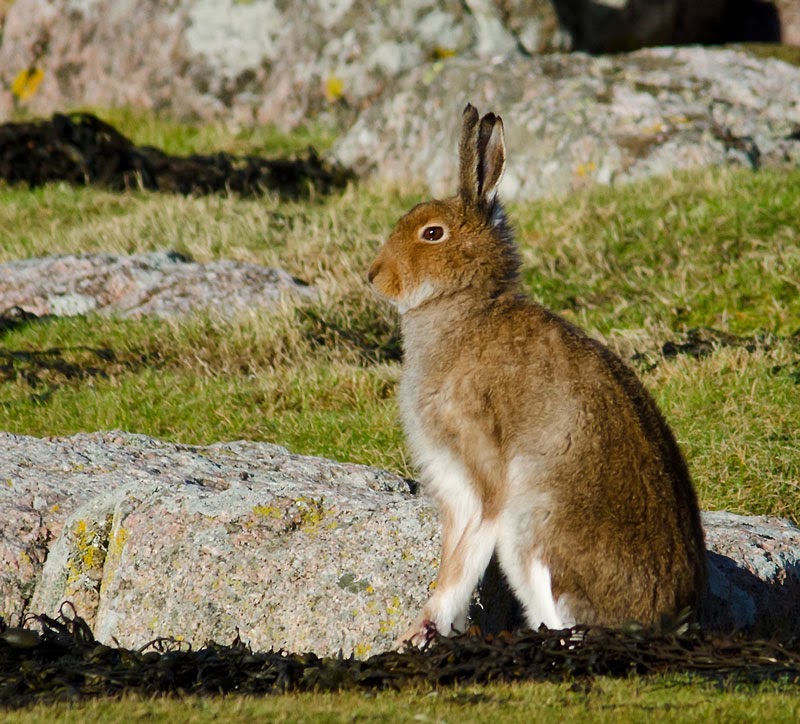 A small flock of Ringed Plover stayed put as I walked past them. Best sighting of the day had to be a Woodcock flying over the house at dusk.
Posted by Bryan Rains at 22:00